The United States Congress just passed a bill that is ostensibly aimed at solving a community banking regulatory issue, what actually happened argues anti-monopoly reporter David Dayen in The Intercept is a bailout for some of the largest entities in our economy — and that’s just not right. For his coverage, Dayen cited ILSR co-director and Community-Scaled Economy initiative director Stacy Mitchell in her coverage of the Bank of North Dakota to get perspective.

The expected consolidation simply furthers an existing trend. Community banks have been struggling for decades against an epidemic of consolidation; the number of banks in America has fallen by nearly two-thirds in the past 30 years. Ironically, the one state that has seemingly figured out how to arrest this systemic abandonment of smaller communities is North Dakota, the home state of the bill’s co-author, Democratic Sen. Heidi Heitkamp.

That’s because North Dakota has a public bank.

Using idle state tax revenue as its deposit base, the Bank of North Dakota partners with community lenders on infrastructure, agriculture, and small business loans. It has thrived, earning record profits for 14 straight years, which have funneled back into state coffers. And while Heitkamp has complained that the Dodd-Frank Act has been disastrous for community banks, in North Dakota they appear to be doing well. According to a Institute for Local Self-Reliance analysis of Federal Deposit Insurance Corp. data, North Dakota has more banks per capita than any other state, and lends to small businesses at a rate that is four times the national average.

Congress’ “Community Banking” Bill is Anything But, Coverage in The Intercept 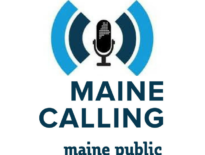