Nearly 300 gigawatts of unsubsidized local solar could beat utility prices in the next decade, but until recently most Americans couldn’t participate because their own rooftop isn’t suitable for solar.

Just one project featured in our 2010 community solar report, by the Clean Energy Collective, has managed to replicate its initial success.  But California-based (Solar) Mosaic may pry open the community solar investment floodgates.

Mosaic’s first successful community solar projects used crowdfunding to provide 0% loans to community based solar projects.  But in late 2012, they launched their first investment project, allowing 51 California investors earn 6.38% returns on a 47 kilowatt (kW) solar array on the roof of the Youth Employment Partnership in Oakland.

Their latest offering ups the ante, and was open to regular folks in California and New York (and accredited investors in all 50 states).  The combined capacity of 235 kW of solar capacity sold out in just 24 hours to over 400 investors with an average stake of just $700.  The investment uses a common securities law exemption (Rule 506 of Regulation D), and investors will earn a 4.5% annual return (net of fees) over 9 years, greening the economy and their pocketbooks.

The key advantage of Solar Mosaic is the investment.  Previous community solar projects have relied on shared electricity savings for participants, sometimes called virtual net metering.  This limits prospective investors to the same utility service territory, and the savings can’t be taken to a property outside that area.  The Mosaic model turns community solar into a simple investment, letting prospective investors select a particular Mosaic project to invest in, with significantly higher returns than parking money in a U.S. Treasury or savings account.  For now, it’s limited to broad participation in just two states, New York and California, but Mosaic is “working hard” to expand the opportunity.

Mosaic may be just the first salvo in a firestorm of community renewable energy investment.  The federal JOBS Act of 2012 intends to create a new segment of investment security with much lower upfront and legal costs that would let crowds pool up to $1 million for solar and other renewable energy projects.

The only “drawback” in the Mosaic model is that it doesn’t explicitly connect geography with investment.  A New York City resident, for example, can invest in a project in California, but not in Manhattan or the Bronx.  If this model continues to be successful, however, it’s likely that will change.

In the meantime, Mosaic is rightfully basking in the sun.  The 235 kW capitalized by Mosaic’s first offering isn’t a whole lot of solar, but it is a whole new ballgame for community financed renewable energy. 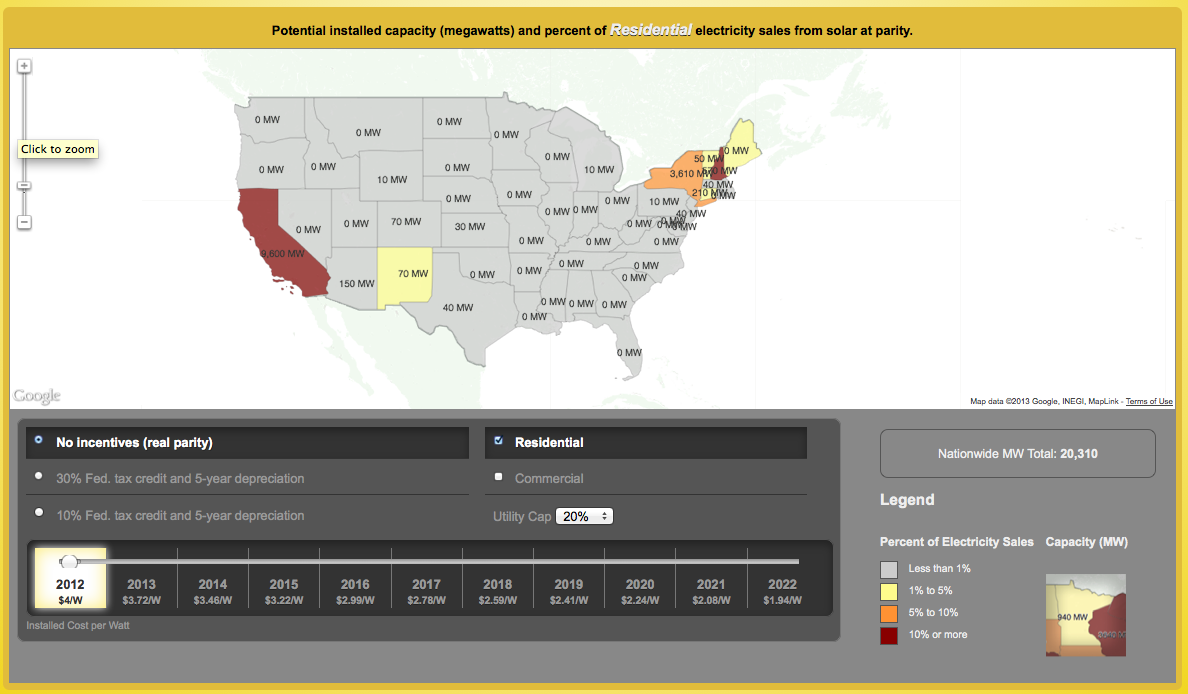