We didn’t need a crystal ball, magic potion, or ESP to predict that local Colorado voters would enthusiastically reclaim telecommunications authority yesterday. Twenty-six more local governments put the issue on the ballot and citizens fervently replied, “YES! YES, WE DO!”

Colorado local communities that want to take action to improve their local connectivity are hogtied by SB 152, the state law passed in 2005. Unless they hold a referendum and ask voters if they wish to reclaim the right to do so, the law prevents local governments from providing service or partnering with the private sector. Since the big incumbents that pushed the law through aren’t providing necessary connectivity, their only choice is to opt out and work with new partners or move forward on their own.

This year’s results include seven counties and 19 municipalities. Many of those communities simply don’t want lobbyists in Denver dictating whether they can move ahead in the digital economy. Over the past few years, the momentum has grown and, as places like Longmont, Rio Blanco County, and Centennial prove that local authority can improve local connectivity, more local governments have put the issue on the ballot.

Results from ballot initiatives varied by modest degree but all left no doubt that the local electorate want out of SB 152. Breckenridge came in with 89 percent. Montezuma County, where local media expressed support of the opt out earlier this month, passed the measure with 70 percent of the vote. The community with the highest percentage of support for opting out of SB 152 was Black Hawk with 97 percent of votes cast. The lowest percentage of “yes” vote was Woodland Park in Teller County with 55 percent. The average “yes” vote was 76 percent.

This election brings the total to 29 of Colorados 64 counties or 45 percent of counties. Sixty-six of the state’s municipalities have opted out. In total, 95 local governments have restored their authority to create local Internet choice.

See the table and map below for a complete list of election results for this year AND to see where other communities have passed the law in years prior.

In 2005, the Centennial State passed SB 152, a law advanced by large incumbent providers aimed at limiting competition. Under the guise of a “level playing field” for big national companies, the state law prevents local government from providing “telecommunication service” and “advanced service” to the public. In places where those same big corporate providers don’t care to offer it either, residents, businesses, and governments are extremely disadvantaged. Economic development is at risk; school kids can’t learn how to use 21st century tools; healthcare is hobbled.

Communities can, however, hold a referendum and choose to opt out of SB 152, which many have already done. Before this election, 22 counties and 47 cities had already voted to shed themselves of SB 152. The majority of these communities did not gently reach out and pick up local authority – voters snatched it back with 70, 80, and 90 percent of votes cast. Clearly they want options beyond the national cable and DSL providers.

Colorado communities presenting the measure to voters and elected officials point out that, even where there are no current plans for towns or counties to establish a municipal Internet utility, opting out is a necessary precursor to partnerships with the private sector. In a recent Gazette guest column, El Paso County commissioner Sallie Clarke wrote:

It just makes sense that if public entities are building the “middle mile” infrastructure for public safety purposes, private companies should be able to use excess capacity to make it more efficient to extend broadband services. If those fiber optic lines to its facilities and those lines have excess capacity, it is more efficient for private providers to tie into those lines and build out service to homes and businesses. 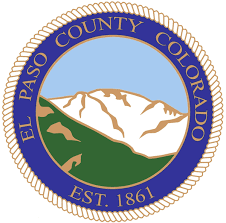 El Paso County commissioners voted unanimously this summer to put the issue on the ballot. The situation is dire and incumbents aren’t helping. There are a number of residents in rural areas of the county who complain about no access. “We can’t get providers to give us service because there is no access to the ‘middle mile,” said Chris Davis of the Canterbury Estate homeowners’ association.

According to a Cortez Journal editorial, the national providers have not honored their promises to connect rural Colorado, so they should let others give it a try:

Internet providers have cherry-picked the lucrative markets and left small communities and even more sparsely populated rural areas with substandard Internet services that are far from high speed. Now it is time for the public sector to step out from under SB 152 restrictions.

There were also two large forest fires in El Paso County this past summer and lack of connectivity made it difficult for emergency personnel to communicate. One plan is to install conduit to encourage private providers to serve the area.

Teller County and El Paso County are working together to search for ways to improve connectivity in the region. According to their broadband plan, average speeds in the region are 8 Megabits per second (Mbps) download and 1.7 Mbps upload, well below the FCC’s definition of broadband of 25 Mbps download and 3 Mbps upload. Before they make any investment, however, Teller and El Paso County had to opt out of SB 152. Ballots cast passed the measure by 56 percent and 66 percent, respectively.

During the past year, the avalanche of communities voting to opt out of SB 152 in fall and spring referendums sent a clear and persistent message to the state lagislature: the law is outdated and unwelcome. Rather than force local governments to spend public funds on an election burlesque to satisfy the powerful cable and DSL providers, state elected officials need to respond to constituent priorities.

They can start by restoring local authority to all of Colorado. This is a bipartisan issue with strong support on both sides. In Dolores County 76 percent of voters supported Donald Trump and in Boulder County 71 percent of voters supported Hillary Clinton – both counties strongly supported reclaiming local telecommunications authority. The state legislature can repeal SB 152 so no other communities need to waste time and money on a vote to reclaim local control when they already know the outcome. 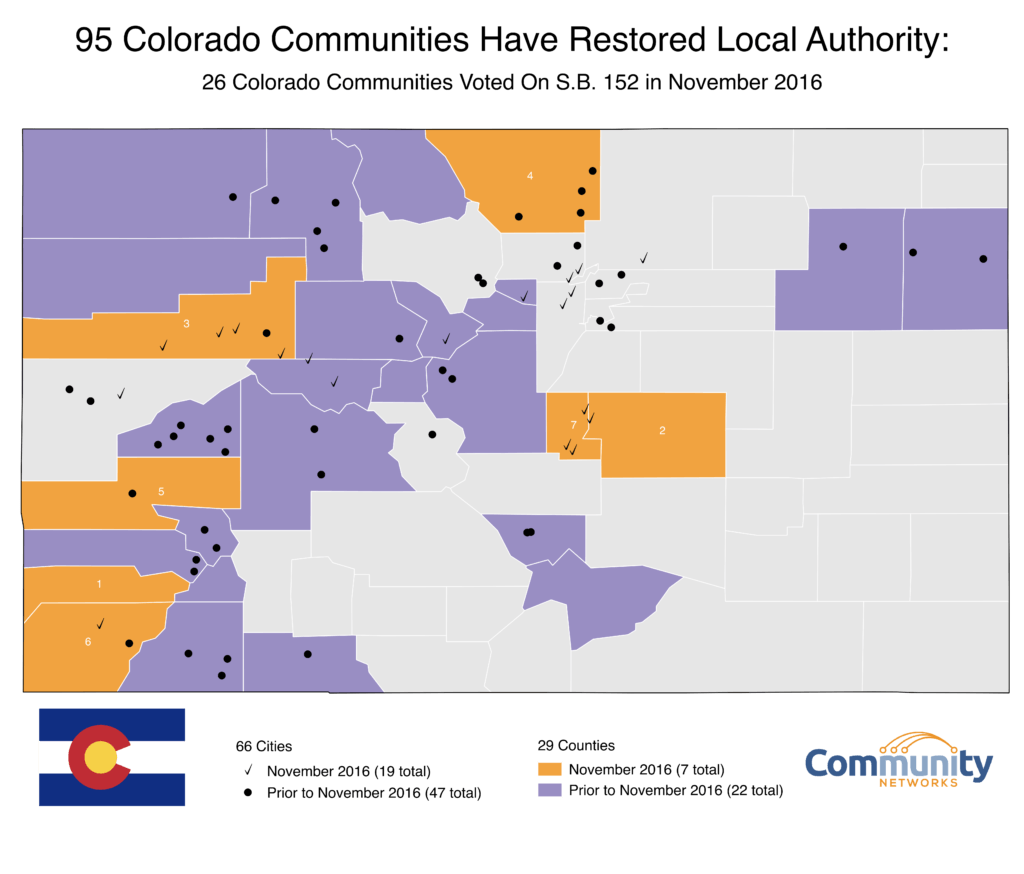 Counties (numbers in parens correspond to position on map) 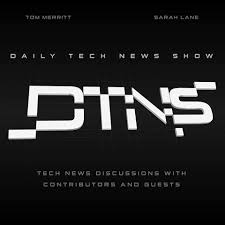 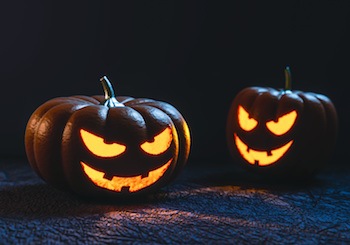