Like other local communities around the country, Cleveland Heights in Ohio is beginning a conversation about the possibility of publicly owned Internet infrastructure. The impending loss of federal network neutrality protections, the desire to compete with other communities, and ensuring digital equality, are several issues local leaders consider most important.

Councilman Mike Ungar is one of the members of the City Council that have expressed interest in learning more about the possibility of a muni. He reported at a recent meeting that he’s been in contact with a group of citizens who have been researching publicly owned networks. They hope to convince the city to commission a feasibility study to be completed by mid-2019.

In addition to providing better economic development opportunities by improving local connectivity, the group feels that a municipal network would better address the city’s digital divide. They’re also concerned about data privacy and how the lack of network neutrality protections will affect businesses and residents in the community that is served by incumbents Spectrum and AT&T. Having been caught digital redlining in nearby Cleveland, locals have reason to refuse to trust AT&T.

The grassroots group interested in exploring a municipal broadband network for the city has prepared draft legislation they hope city leaders will consider adopting to put the issue on the November 2019 ballot; the measure would ask voters to approve a municipal broadband utility. The city does not operate an electric utility and Cleveland Heights residents obtain water service from Cleveland Water, which is operated by the City of Cleveland.

Cleveland Heights, located about 10 miles due west of downtown Cleveland, has about 20,000 households with a population of approximately 46,000 people. They describe themselves as diverse, progressive, and note that many artists and patrons of the arts choose the town as their home.

According to Cleveland.com, the citizens group has drafted legislation that they’d like to see used to get the issue on the ballot. The proposal calls for every premise to be connected to publicly owned fiber that offers gigabit connectivity and that the city’s utility respect network neutrality principles. The measure would also spell out the requirement that the venture is not in the business of turning a profit, but in providing a service.

“Funds should be used to maintain the infrastructure and to pay the salaries of those who service and support the operations of the utility,” the draft legislation states. “If there remains an excess of operating funds, then the ISP will reduce subscription costs.”

The grassroots group is reaching out to other Council Members, asking them to attend their meetings to learn more.

Places such as Hudson and Fairlawn have sparked interest in nearby Ohio communities. In both places, local leaders recognize that providing fast, affordable, reliable connectivity is necessary to remain competitive. In addition to attracting and retaining employers, families now make access to broadband a priority for their homes and for the schools their children will attend. Hudson is currently consideringwhether or not to expand its fiber network beyond commercial service to all premises, including residences.

Listen to our podcast interviews with Ohio communities, including Jane Howington from Hudson and Ernie Staten from Fairlawn. 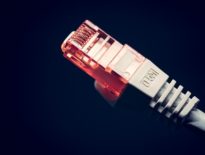 MuniNetworks Why You Shouldn’t Listen to Lobbyists for th… 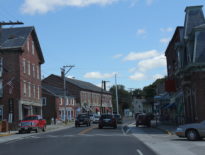