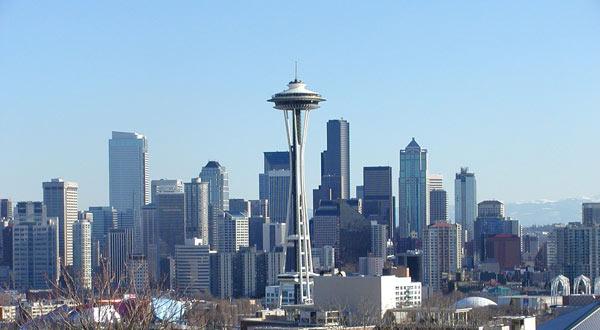 Perhaps Mr. Schweitzer can be forgiven his cramped view of local authority because his home state does keep its cities on a very tight leash.  But many states do not, and a growing number of cities are moving into the power vacuum left by a dysfunctional Washington and too cautious state governments to tackle inequality.  So far theirs has been a three-pronged strategy.

The longest locally focused effort to lift family income began twenty years ago when Baltimore required businesses paid with tax dollars to pay a living wage.  Today over 140 cities and counties have living wage ordinances and at least 20 percent of the country’s population lives somewhere that has such a law on its books.

The first living wage ordinances focused on businesses that received municipal contracts but later these were soon broadened to include companies who receive subsidies such as tax abatements or low-interest loans and firms that operate on city property (for example, in convention centers, parks, or on golf courses). A Los Angeles ordinance covers airlines operating at LAX, a city owned airport. San Francisco ‘s law covers homecare workers funded through state Medicaid money.

San Jose boasts the nation’s highest living wage.  Covered employers must pay at least $17.03 if they do not offer health benefits and $15.78 if they do.  De Blasio is proposing an $11.75 living wage including cash and benefits.

However, living wage laws still cover a small fraction of the local labor force.  Beginning a decade ago, cities began to apply the principle of a just wage more broadly by enacting citywide minimum wage laws.

Last year, when Maryland lawmakers refused to act on bills to raise the state’s minimum wage to $10 Prince Georges and Montgomery Counties joined the District of Columbia to create the first regional minimum wage compact at $11.50 an hour.  The entire metropolitan area might well have been covered if Virginia counties were allowed to set a minimum wage. “Personally, if I had the power to do it, I’d propose it in a New York minute,” J. Walter Tejada (D), chairman of the Arlington County Board told the Washington Post.

Regrettably, Mayor de Blasio will need Albany’s permission to enact a NYC minimum wage higher than the state’s $8 an hour. But supplicancy may be the exception, not the rule.  A 2006 legal analysis concluded, “local governments in approximately three-quarters of the states have a fairly strong legal basis for enacting local wage standards.”

2. Taking on the Banks: Keeping People in Their Homes

Since the financial collapse about 10 million people have been kicked out of their homes. In 2013 banks repossessed over 460,000 homes while initiating foreclosure proceedings against 1.36 million.

Federal and state governments have done little to stop this tsunami of personal tragedy by forcing the banks to write down the principal.   Compounding the problem is the fact that the bulk of deeply underwater mortgages where the value of the home has fallen far below the mortgage have been securitized, pooled with many other mortgages to back bonds held by millions of investors who cannot readily agree to modify the loans.

Speaking in Worcester, Massachusetts, a city hard hit by foreclosures, Senator Elizabeth Warren recently encouraged local government involvement. “The idea that the only two parties who have an interest in foreclosures are the bank that holds the mortgage and the family that’s about to lose the home is just wrong. There’s a much larger interest there.”  Foreclosures destabilize families and neighborhoods. They drive down the property values of nearby, non-distressed homes because of deferred maintenance, neglect, and vacancy.  One study found that each foreclosure could cost local governments upwards of $19,000 in lost property taxes, court fees, and in some cases, demolition costs.

“Local officials…are ultimately responsible for their communities,” Warren maintained. “That means they not only have the right to speak up, they have the responsibility to speak up.”

In 2013 the city of Richmond, California spoke up.  With nearly half its residential mortgages under water and 900 foreclosures last year, this city of 100,000 decided to use its traditional eminent domain powers in a decidedly non-traditional ways.

Historically cities have seizes homes and destroyed neighborhoods to make way for highways or stadiums or convention centers. Just between 1949-1973 according to a 2007 Institute for Justice report by Mindy Fullilove, Professor of Clinical Psychiatry at Columbia University more than 2,500 projects in 992 cities were carried out through eminent domain—displacing a million people. Two-thirds of them were African-American.

“What the government takes from people is not a home, with a small ‘h’”, Fullilove writes, “but Home in the largest sense of the word: a place in the world, a community, neighbors and services, a social and cultural milieu, an economic anchor that provides security during the ups and downs of life, a commons that sustains the group by offering shared goods and services.”

In July 2013 Richmond officials adopted a strategy first advanced by Cornell Law Professor Robert C. Hockett.  The city sent letters to 32 mortgage companies offering to purchase more than 600 underwater mortgages and threatened to use eminent domain authority to seize them and modify the mortgages if the banks refused.

The banks refused and went to court to prevent the plan from going forward. Richmond has begun to reach out to other cities to establish a Joint Powers Authority that can share litigation costs and broaden the geographic impact.  Meanwhile Seattle and San Francisco are exploring the concept.

We can’t predict what the courts will decide, but we might take heart in a 1984 8-0 Supreme Court decision that upheld Hawaii’s right to use eminent domain to break up giant estates and give the land to its tenants.

”Where the exercise of the eminent domain power is rationally related to a conceivable public purpose,” Justice Sandra Day O’Connor wrote, ”the Court has never held a compensated taking to be proscribed by the Public Use Clause. On this basis, we have no trouble concluding that the Hawaii act is constitutional.”

For Richmond the public purpose is clear: keeping people in their homes, stabilizing neighborhoods and avoiding blight.

Since the financial collapse the biggest banks have grown even larger and less socially useful. They’ve slashed their small business lending and expanded their investments in highly risky derivatives. And they’ve bankrupted several cities with their aggressively marketed interest rate swaps.

All of which led many to revisit the remarkable Bank of North Dakota.  The state owned bank, established in 1919, has been a lynchpin for North Dakota’s economy since then.

The state deposits all taxes and fees in BND.  The BND acts as a wholesale bank, servicing and partnering with the state’s 104 community banks, increasing their lending capacity, sharing risk and enabling larger loans.  One result is that North Dakota is home to far more community banks than the rest of the country and offers more small business loans. In the last 13 years no bank has failed in North Dakota, while more than 500 have in the rest of the country.

As well as being a primary tool for economic development BND generates a handsome return on the state’s investment:  dividends averaging $30 million a year over the last 10 years.

According to the Public Banking Institute 20 states have introduced bills to establish a state bank.  But the first public bank may be born of a city not a state. The advocates of a Philadelphia public bank make a persuasive case.  The city’s population is three times that of North Dakota. Its current investment portfolio is not earning a very good return.  Management fees are high.  Most of the money is invested or loaned outside the city.  Advocates propose to take a small portion of the $12.4 billion invested by the city and city agencies into capitalizing a bank.  If just 2 percent were invested in this way the resulting $250 million in capitalization could support a hefty $2.5 billion in loans.

A city bank could generate a higher return by paying dividends to the city.  Its loans would bolster the local economy. Debt repayments would stay in the city.

“We intend to put on council’s desk in February a complete business plan for a public bank in Philadelphia.  Not some vague proposal,” says Krauss.  We are approaching the council as if they were investors in a start up business. Which in fact we are inviting them to be.”  The plan will include five years of projected cash flows, balance sheets, return on investment and job creation.

Krauss’s initial conversations have convinced him that “we’ll get a very fair hearing” from the city council. If it does endorse the proposal a future Emerson might again write about the “short heard round the world.” 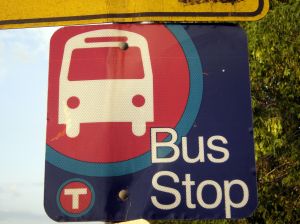 From the Desk of David Morris When It Comes to Public Services, Government Knows… 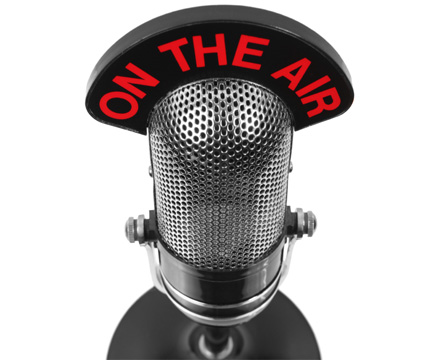