Excerpt from the article by Katherine Tangalakis-Lippert, originally published at Business Insider on August 08, 2022

…”People tend to think of Amazon as an online-seller company, but, really, Amazon is a surveillance company. That is the core of its business model, and that’s what drives its monopoly power and profit,” Evan Greer, the director of the nonprofit digital-rights-advocacy organization Fight for the Future, told Wired. “Amazon wants to have its hands everywhere, and acquiring a company that’s essentially built on mapping the inside of people’s homes seems like a natural extension of the surveillance reach that Amazon already has.”

Ron Knox, a senior researcher and writer for the Institute for Local Self-Reliance — a nonprofit that gives tech assistance to community businesses — said in a series of tweets after the acquisition was announced that the $1.7 billion deal, the fourth-largest acquisition in Amazon’s portfolio, “may be the most dangerous, threatening acquisition in the company’s history.”

The move, Knox told Insider, is uniquely dangerous for a few reasons: First, Amazon will be acquiring an established market share, not a startup, which he said would cut off competition in a market that already wasn’t competitive and could further Amazon’s reach. Second, because of the massive amount of data that comes with accessing iRobot’s established data sets, Amazon can collect new information through the robots, he added…

Business Insider: Amazon bought the company that makes the Roomba. Antitrust researchers and data-privacy experts say it’s ‘the most dangerous, threatening acquisition in the company’s history’ 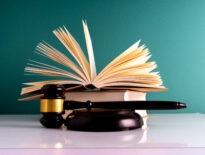 Retail Stacy Mitchell Keynotes the Launch of The Canadian…