The history of solid waste and recycling in the District of Columbia is long and diverse. In the early years of the 20th Century low-income girls and women were hired to pick through garbage on sorting tables to recover materials. In the more recent past, recycling of newspapers and metals was a key fundraising tool for community organizations in the District. Walter Pierce, for whom Community Park West in Adams Morgan was named, led many recycling drives to raise funds for uniforms for DC’s classic Ghetto Invitation Tournament that operated through the mid 1970s and early 1990s, helping many young men gain access to college.

Commercial recycling was sustained by ‘scrappies’ or ‘junk yards’ even as they scaled down from the heyday during WW II. The city was served for many years by Georgetown Junk, ABC Salvage, and others. Super Salvage located in Buzzard Point in SW DC is the last remaining scrap yard in the District.

Recycling in DC – as in all cities – is tied to the solid waste management system of DC.

1968 was an important year in solid waste management for the District. The Kenilworth Dump was created by the city adjacent to the Kenilworth neighborhood in Northeast DC in the early 1940s as the city’s population boomed during World War II. The Dump was a dump. Despite widespread complaints from the surrounding neighborhood, garbage was tipped and burned in the open. In 1968 a young boy was accidentally burned to death while playing amongst the fires. First Lady Lady Bird Johnson led the campaign to shut down the operations. A ‘sanitary’ landfill was built on the site, which served the city until the 1970s.

The Marion Barry Administrations (1979-1991) took an important step forward but ultimately put the city at a disadvantage in solid waste management. Barry made DC one of the first cities in the country to distribute wheeled and covered carts to each household in a strategy to address the rat infestation problems plaguing major parts of the city. A fleet of new trucks with mechanical lifts was employed. However, solid waste management, in general, was ignored for the rest of his administration. The trucks were not replaced and a depleted fleet maintenance system could not keep the trucks on the road. Further investment in the Ft. Totten and Benning Road waste transfer stations, key assets of the city, were reduced so that the hydraulic systems were down 25% of the time. During Mayor Tony Williams’ Administration (1999-2007), the city faced the daunting task of not having enough trucks each morning to service the 45 garbage routes.

The DuPont Circle Neighborhood Ecology Corporation drop-off recycling program emerged in the 1970s out of a conglomeration of nascent drop-off centers established in Mount Pleasant, Adams Morgan and DuPont Circle. By late 1988, recycling consciousness in the city, as in cities across the US, helped Councilmember Nadine Winter pass a mandatory recycling law for households and businesses.

The Barry Administration had to comply, but with little enthusiasm. It did introduce curbside recycling collection. But curbside recycling was subsequently dropped two times by the city only to be reestablished after citizen complaints were taken up by numerous environmental organizations and community activists including Benneta Bullock Washington, wife of DC’s first elected Mayor Walter Washington. The city did establish a Solid Waste Advisory Commission with appointments made by each City Council member and the Mayor, as required by the recycling law. But recycling stagnated for decades as the Commission was ignored and then discontinued. Recycling stagnated, as the Department of Public Works at first was antagonistic to recycling and then became indifferent to its fate. The agency embraced incineration as the so-called ‘proper’ solution for the District, by supporting either a plant built in DC or joint ventures with neighboring jurisdictions. Recycling was seen as a needless activity and a costly added burden. The DC Sierra Club and Common Cause successfully sued the city to comply with the recycling law, but it had little immediate effect.

The recycling program was contracted out to a private hauling firm, Waste Management, Inc. Recycling participation continued to stagnate. The only improvement under the DPW was the decision to contract with a nearby composting company, Pogo, in Sunshine, MD, to take from 5,000-8,000 tons of fall leaves instead of mixing the leaves with garbage at city transfer stations and trucking to an incinerator or landfill. Brenda Platt of ILSR and Dr. Rosalie Greene of the US EPA worked for three years to establish the redirection of leaves from incineration/landfill to composting at a favorable price compared to incineration. They worked closely with the DPW on a pilot fall leaf composting program, first at Eastover Park in southeast DC in 2004, and then at the Oak Hill Youth Detention Center property in Laurel, MD, in 2005-06. The pilots were critical in demonstrating the success of leaf composting but without sufficient investment in staffing and front-end loader maintenance, ultimately ILSR recommended contracting with Pogo to accept the City’s fall leaves. Further, under its arrangement with Pogo, the city was able to buy back finished compost and mulch at reduced prices. By composting fall leaves the city raised its household recycling rate from about 20% to 25%.

In 1995, Councilmember Harry Thomas Sr. commissioned ILSR to prepare a report on solid waste and recycling. The report focused on the transfer stations as the weak link in the system and urged the city to renovate the facilities to improve the efficiency of the system and use these invaluable assets to serve both the city and the private sector. By allowing the private sector to use public facilities, the city could better amortize their investment as well as provide a surplus that could be invested in recycling and waste reduction.

ILSR also prepared a report for the AFSCME Local that represented DPW workers showing that unionized city workers could operate the recycling program better and at the same cost as Waste Management, Inc. City workers knew the routes far better than Waste Management, Inc. workers, who had high turnover rates, and therefore missed stops and resulted in the public flooding the offices of City Council members with complaints. The transition to a city work force for recycling ensued.

The efficient new transfer stations were not used to help finance recycling. But the improved transfer facilities served to alleviate the crippling development of improper private transfer stations popping up across the city even in residential neighborhoods. The Washington Coliseum for example had become a transfer station, stinking up the community, destroying streets and drastically reducing real estate values. The city had no regulations to prevent the private operators.

The deterioration of the city’s solid waste infrastructure forced the city under Mayor Williams to address the issue full on. The Williams Administration with the support of City Council chair Carol Schwartz put together a financial package that allowed the city to purchase a new fleet of collection trucks that would serve garbage routes and recycling routes. The uniform trucks allowed the fleet maintenance department to improve its efficiently. Williams created a worker management committee, which brought union members into the discussions. Drivers were asked to evaluate trucks prior to purchasing. ILSR worked with the Williams Administration to strike an accord with the private transfer stations: the private companies would be able to use the public transfer facilities at a low rate in exchange for closing down the offending transfer stations throughout the city.

Recycling remained stagnant under the hostile eyes of the DPW. Increased pressure from environmental organizations and citizens pressed the City Council to take action resulting in the “Sustainable Solid Waste Management Amendment Act of 2014,” which provided a pathway forward. The DPW was put on notice to start gathering data from the private sector for the first time. The DPW was also ordered to look into the feasibility of unit pricing for garbage collection (Save As You Throw, SAYT1) and to develop a comprehensive composting program, as well as a waste reduction program. Mayor Bowser appointed an entirely new staff to lead the DPW, who have responded well to the mandate of the 2014 legislation. Negotiations coordinated by Chris Weiss of the DC Environmental Network and newly appointed DPW director Chris Shorter led to the formation of a citizen advisory committee that meets quarterly.

The city’s recycling rate is still well below the national average of 35% and far below the recycling levels reached by other major cities, some of which are recycling over 70% of their solid waste. DC’s non recycled municipal solid waste is sent to incinerators and landfills in Virginia. The city’s estimated 25,000 tons of recycled metal, glass, paper and plastic are sent to a Waste Management Inc. facility in Elkridge, MD, where they are processed for markets. Transportation costs the city close to $1 million a year. Processing at this very large materials recovery facility (MRF) is not efficient and a good percentage of materials, especially glass and plastic are not recovered but used by Waste Management, Inc., as landfill cover. ILSR contends that the city should contract with a closer-in facility, which is properly scaled for more efficient processing of recovered materials to reduce the costs of recycling. DC pays $120 per ton for recycling. Thirty miles up the road, Baltimore is paying $20 per ton to recycle, less than half of what Baltimore pays to incinerate its garbage, $50 per ton. DC pays $46 per ton to incinerate waste at the Lorton, VA garbage incinerator. The Energy Justice Network has compiled information about the environmental impact of garbage incineration on the District.2

Recycling will have a much brighter future in DC under the current DPW leadership. A comprehensive composting program can boost recycling levels by 20%. We support a decentralized and diverse approach, one that for instance prioritizes backyard and community scale composting for gardens and food production in DC’s neighborhoods over large-scale industrialized sized facilities that are far away. The DPW has already initiated a Ward based drop-off program for haulers and citizens in anticipation of a comprehensive effort to get organics out of the city’s waste stream. School-based food waste collection for composting is a program of the DC Department of General Services. The DC Parks and Recreation also runs the community composting cooperative network at 50 DPR gardens and partner sites in each of the City’s Wards. These are key avenues for the city to engage citizens in the whys and wherefores of composting.

Further ILSR contends that the city can use the public transfer stations to raise capital for support of an expanded recycling program. The city’s rates for private haulers are well below market rates in the area. An increased charge of just $1 per ton disposed at the Ft. Totten and Benning Road transfer stations could provide an estimated $700,000 annually. These annual funds would allow the city to lower the cost of recycling through co-collection, distributed composting, unit pricing, development of a reuse hub for refurbishing enterprises and by reevaluating single stream collection and the Extended Producer Responsibility regulations for electronic scrap in the 2014 law. 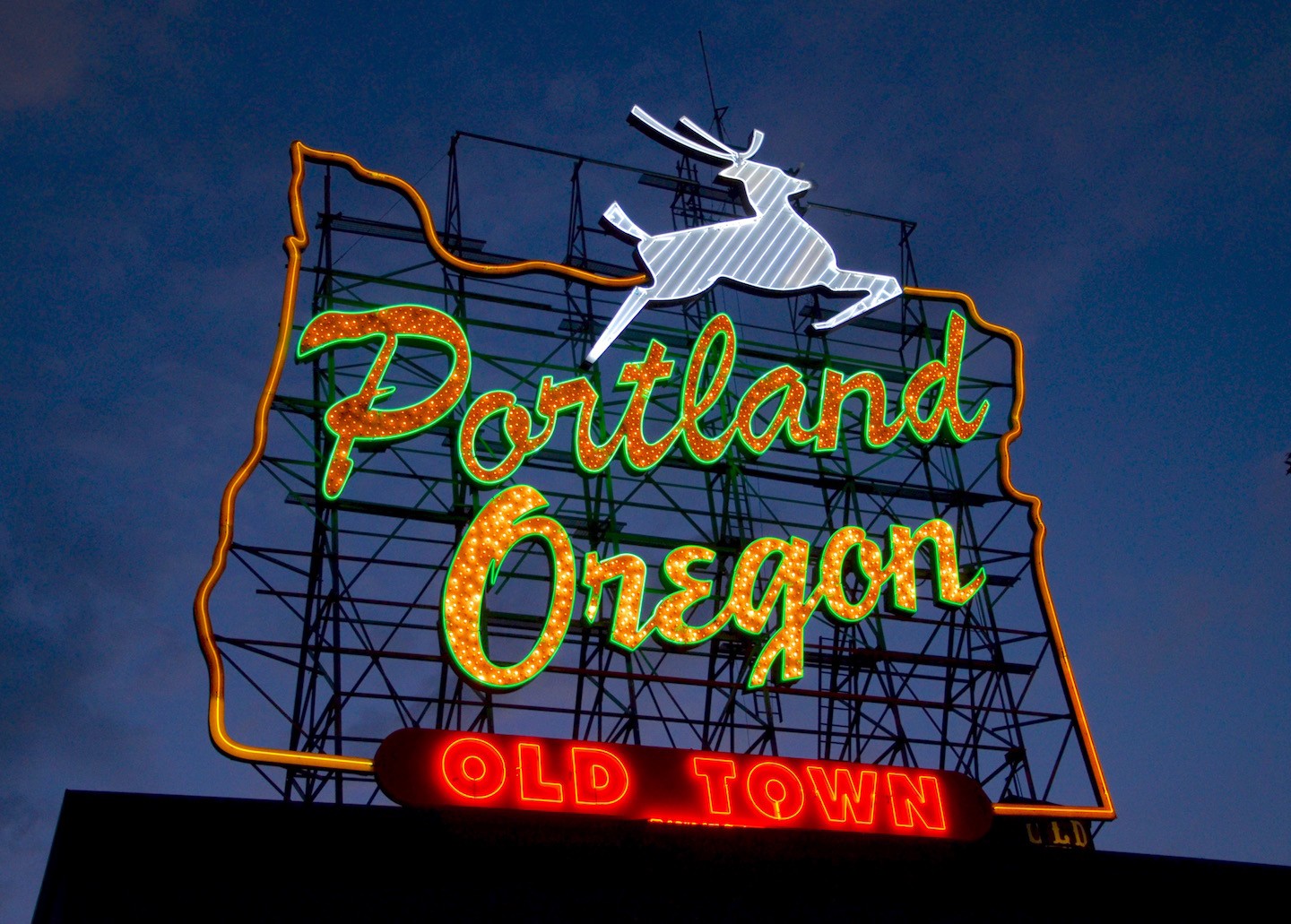 waste - anti-incineration Portland, OR says no to burning 200K tons of garba… 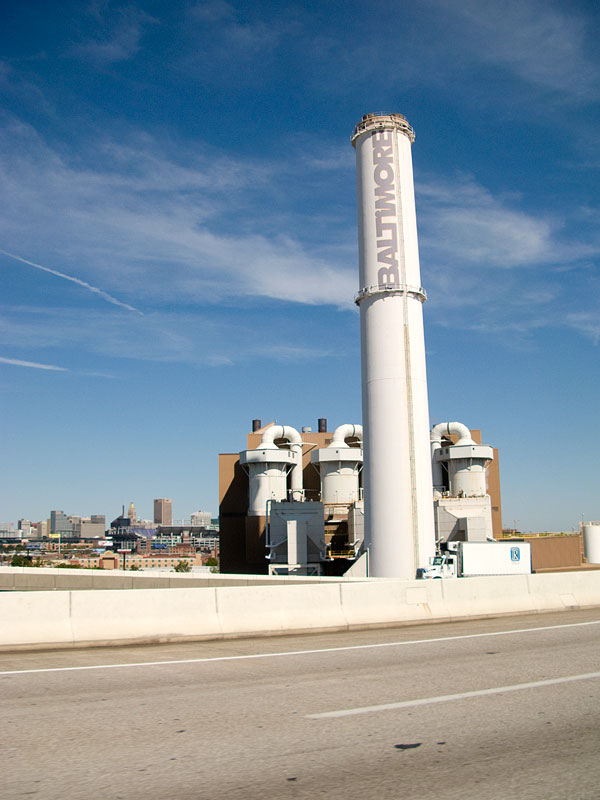