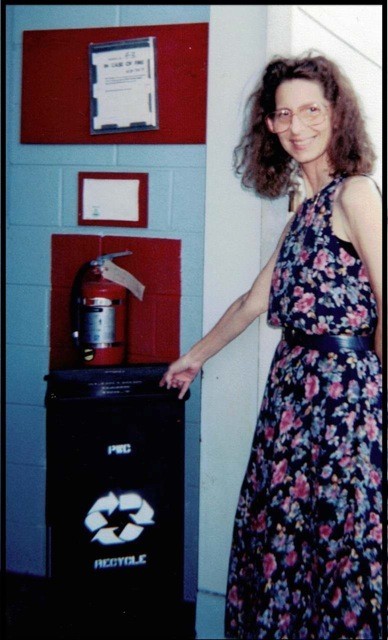 Gretchen Brewer died this year. Here is a booklet that Mary Lou Van Deventer published from selected parts of some extensive writing she did before she passed. Dan Knapp and I passed out paper copies at the memorial service for Gretchen that we organized at the Brower Center.

“I think Gretchen’s analysis of the plastics industry is spot on. Anyone interested in the future of recycling, and understanding its past, should try to read it. It’s the last seventeen pages or so of the Gretchen Brewer Remembers. Gretchen saw recycling as an adventure, and her contributions to the field are many.”

Gretchen BrewerSeptember 24, 1945 – February 21, 2017In San Diego on Tuesday February 21, 2017, pioneering recycler Gretchen Brewer transitioned out of this life.  As many people know, she had been using oxygen for chronic obstructive pulmonary disorder (COPD).  Then in late 2015, while helping a friend in hospice, she seriously wrenched her back.  By 2017 she was receiving physical therapy in a rehabilitation center and recently had been hoping to move back to her apartment.  But early Monday February 20, she was taken to an emergency room and later that day had a respiratory crisis.  She lost consciousness, and at about 8:30PM on Tuesday she slipped away.

Gretchen started her recycling career in Chicago, working at the Resource Center for Ken Dunn, whom she always called her mentor. Over the years she also worked for state governments in Massachusetts and New Mexico.  For about a year and a half, she worked for the American Plastics Council in hopes of remolding them from the inside. But when she objected to being presented with a styrofoam clamshell instead of a paper bag to carry a single muffin, it was clear to her employers that the job was no longer a good fit. Keenly independent and creative, Gretchen returned to being a consultant for the next fifteen years. During this time, she did stellar buy-recycled procurement projects for Hawaii and for US Naval Stations in San Diego, which won a White House Closing-the-Circle award. Most recently, she was writing a memoir of her innovative career for Urban Ore.

Gretchen is gone much too soon and will be deeply missed.

Gretchen Brewer identified what recycling needed, then pioneered solutions. Just two early examples remind us. In the early 1980s she described her Chicago collection program at a recycling congress in New Jersey. Programs everywhere grew from her experience. Despite the plastic industry´s bland assurance that its materials were too complex to recycle, in Boston she published the seminal explanation of one-resin packaging plastics. Before long, coding was introduced to aid householders and separation lines. Many, many others worked long and hard to construct the recycling industry over the decades, and so many of us depended on Gretchen´s insights to build our own programs. Her files fed our research. Her perspective shaped our direction. Her encouragement buoyed our commitment. Gretchen was a pivotal influence who never, ever stopped working to make this a cleaner world.

When Gretchen was working as a consultant in San Diego, she introduced Dan Knapp to some Australians from Sydney, Melbourne, and the Australian Capital Territory (ACT) in Canberra. They hired Dan to do some consulting, and on his first trip to the ACT in 1995 he brought back a government endorsed plan called “No Waste by 2010.”  “No Waste” immediately became “Zero Waste” and spread across the country like a grass fire.  So Gretchen set up the contact that arguably began the Zero Waste movement in this country.

I worked with Gretchen on her buy-recycled projects with the US Naval Stations in San Diego and Hawaii, and we were joyfully compatible as fellow night-owls. Often we were on the phone planning out the projects in the wee hours of the morning. So I was not surprised that she called me at 2:30 a.m. on February 20th from the ER. Over 30+ years, not only were we collaborators on ground-breaking recycling projects, but we also became close friends and trusted allies. She and her partner Wayne tried to teach me tai chi, but they were far more graceful than I in performing intricate ballet-like sequences together. Ever the researcher, Gretchen loved to watch all kinds of TV documentaries, especially on PBS. The nurses at the hospital had told us that the last sense to go is hearing, so I love knowing that Mary Lou Van Deventer was sitting by Gretchen’s bed reading stories to her about all the important and pioneering work that Gretchen had contributed to the world, up until just a few minutes before she passed.

Soon there will be a memorial website where other people can post stories and photos.  A memorial is being planned for Zero Waste Week in the San Francisco Bay Area, so keep watching the Zero Waste Week announcements. 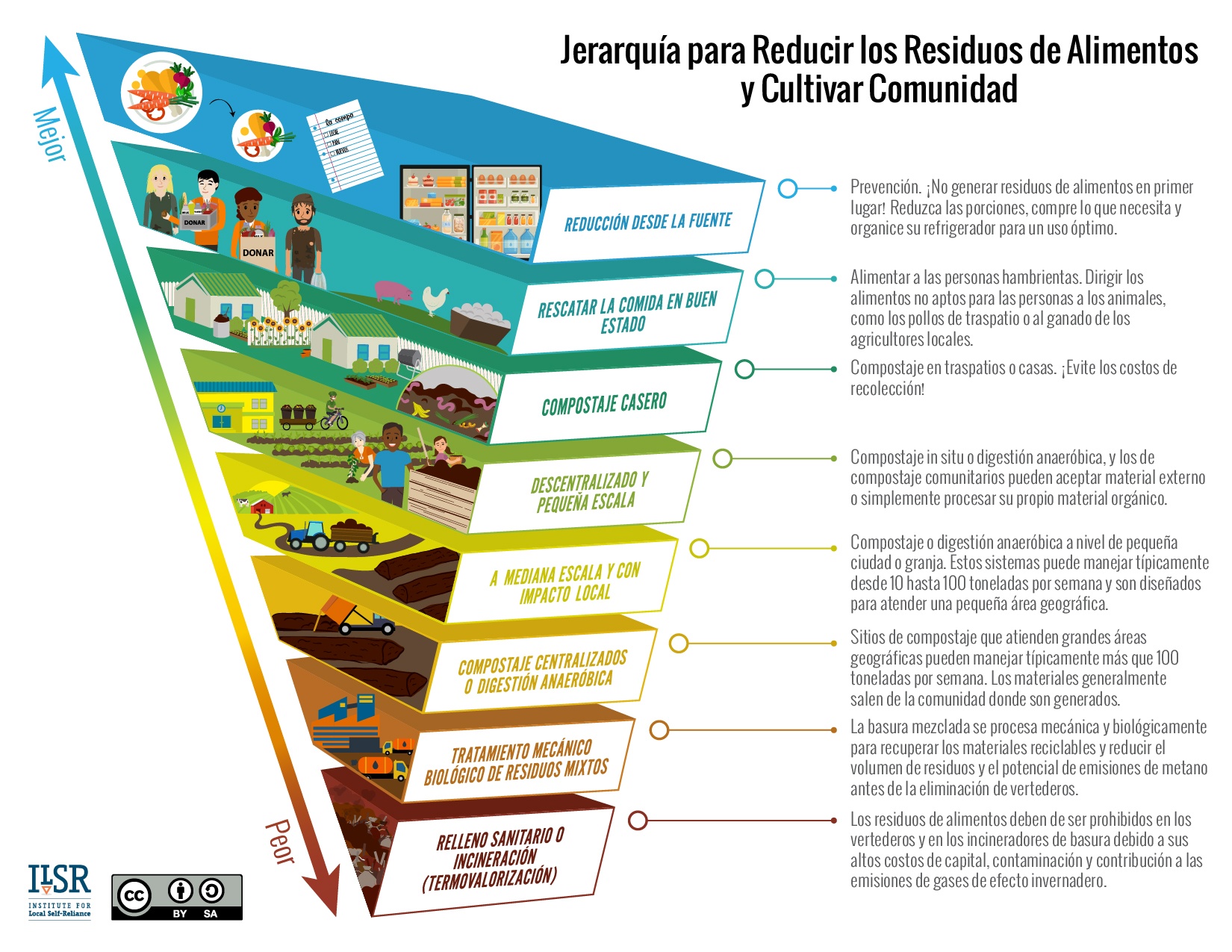 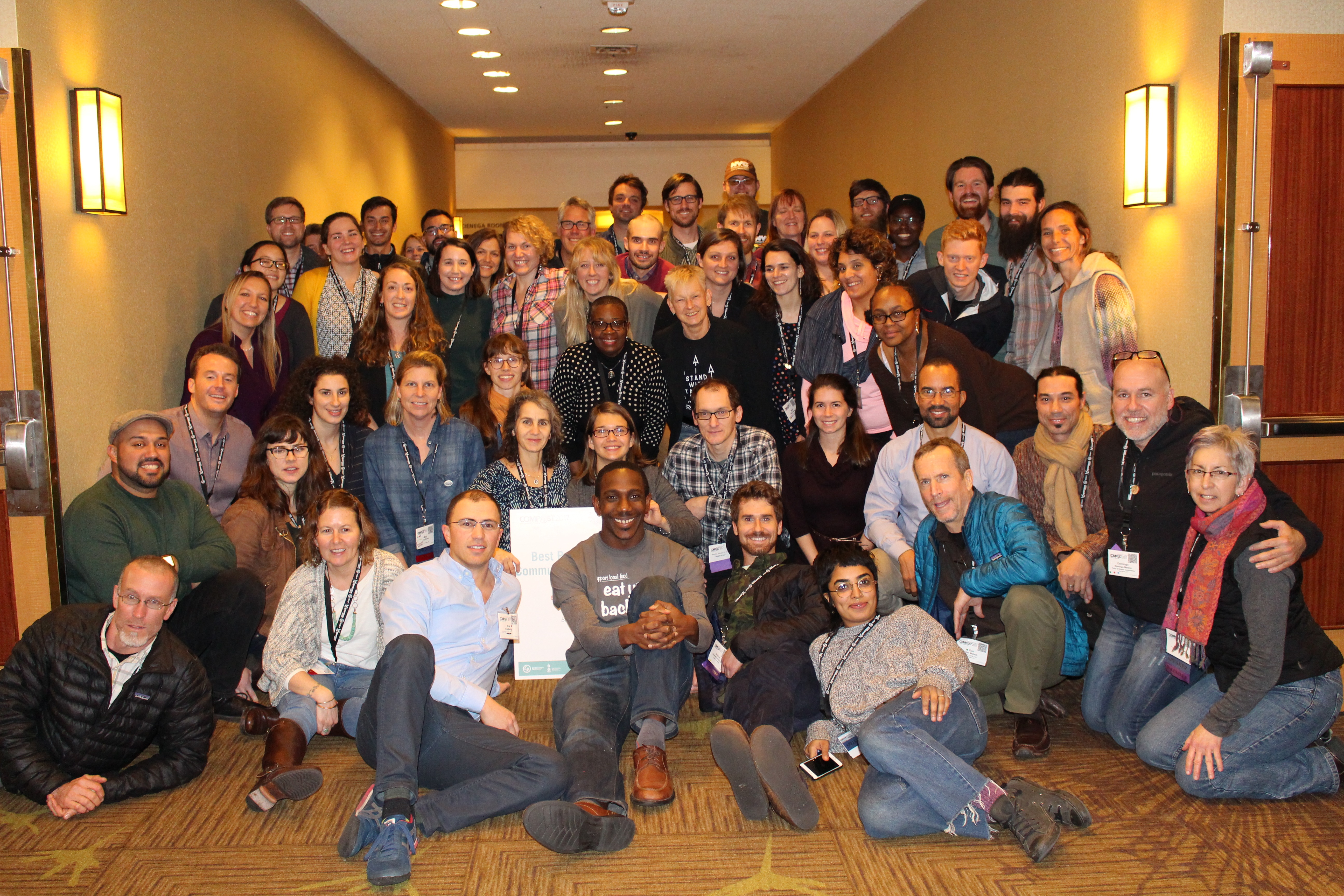