This week on the podcast Christopher talks with IT Manager John Leary and Customer Experience, Marketing, & Communications Manager Lisa Stowe from Westfield Gas & Electric, the municipal utility for the city of 40,000 in the southwestern quadrant of the Massachusetts. The topic of the day is Westfield’s municipally owned fiber arm — Whip City Fiber — which is doing some wonderful things as it enters its next phase of life.

First, John and Lisa share their thoughts on the history of the network and what they see as key characteristics of its early success: Whip City embraced a model of incremental buildout in its early years, managing expectations and pursuing careful growth during its $2 million pilot project before transitioning, thanks to a $15 million municipal bond, to expanding so that today the network covers 70% of the city.

The group then digs into Whip City Fiber’s next phase of life: bringing municipally owned gigabit Internet to twenty Western Massachussetts Hill Towns over the next few years, including (but not limited to) Alford, Ashfield, Chesterfield, Leyden, New Ashford, New Salem, Otis, Plainfield, Rowe, Washington, Wendell, and Windsor. With Whip City’s help now and eventual role as Internet Service Provider (ISP) and network operator, nine are already online, with the rest to follow by the end of next year.

The group ends by talking about the future and getting to 100% coverage in Westfield, and the utility’s commitment to closing the digital divide.

Listen to other episodes here or view all episodes in our index.

Subscribe to the Building Local Power podcast, also from the Institute for Local Self-Reliance, on iTunes or Stitcher to catch more great conversations about local communities, the concentration of corporate power, and how everyday people are taking control.

Thanks to Arne Huseby for the music. The song is Warm Duck Shuffle and is licensed under a Creative Commons Attribution (3.0) license. 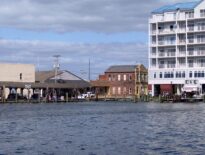 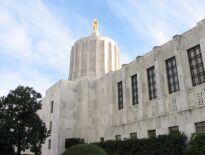