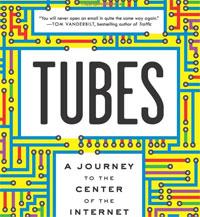 If you have been trying to find a book that offers an engaging explanation of how the Internet physically works and the various networks interconnect, search no more. Tubes: A Journey to the Center of the Internet by Andrew Blum has done it.

The author was featured on Fresh Air way back in May, but not much has changed with Internet infrastructure since then.

In Tubes, journalist Andrew Blum goes on a journey inside the Internet's physical infrastructure to uncover the buildings and compounds where our data is stored and transmitted. Along the way, he documents the spaces where the Internet first started, and the people who've been working to make the Web what it is today.

He was also just on C-Span's "The Communicators."

I enjoyed the read and learned a few things along the way. Those looking for a dry, just-the-facts-ma'am approach may not enjoy the frequent musings of Blum on his experiences. But I did.

One of his trips took him to a community in Oregon called The Dalles, where a municipal network allowed Google to build its very first "built-from-scratch data center." More on that in a post to come soon...

Those who are doing their reading on tablets now will be interested to know that the eBook is temporarily priced at $1.99. The deal lasts until New Years according to the author. 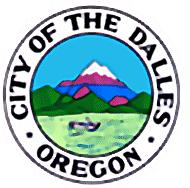