In Daniel Kishi’s article in The American Conservative, he argues that it’s high-time for conservatives to get with the picture and start developing its own anti-monopoly movement. As a part of his argument for a cross-partisan movement, Kishi cites ILSR co-director Stacy Mitchell’s piece in The Atlantic.

His quotation of Mitchell is as follows:

While the Democratic left—in an effort to rejuvenate its populist soul—has been at the front lines in the war against these modern-day robber barons, Stacy Mitchell, co-director of the Institute of Local Self-Reliance, suggests that opposition to corporate consolidation need not be a partisan issue. In a piece published in The Atlantic, Mitchell traces the bipartisan history of anti-monopoly sentiment in American politics. She writes:

If “monopoly” sounds like a word from another era, that’s because, until recently, it was. Throughout the middle of the 20th century, the term was frequently used in newspaper headlines, campaign speeches, and State of the Union addresses delivered by Republican and Democratic presidents alike. Breaking up too-powerful companies was a bipartisan goal and on the minds of many voters. But, starting in the 1970s, the word retreated from the public consciousness. Not coincidentally, at the same time, the enforcement of anti-monopoly policy grew increasingly toothless.

Although the modern Republican Party stands accused of cozying up with corporate interests, the history of conservative thought has a rich intellectual tradition of being skeptical—if not hostile—towards economic consolidation. For conservatives and libertarians wedded to the tenets of free market orthodoxy—or for Democrats dependent on campaign contributions from a donor class of Silicon Valley tycoons—redefining the legal definition of monopoly and rekindling a bipartisan interest in antitrust enforcement are likely non-starters.

But for conservatives willing to break from the principles of free market fundamentalism, the papal encyclicals of the Roman Catholic Church, the distributist thought of Hilaire Belloc and G.K. Chesterton, the social criticism of Christopher Lasch, and the observations of agrarian essayist Wendell Berry provide an intellectual framework from which conservatives can critique and combat concentrated economic power. With a respect for robust and resilient localities and a keen understanding of the moral dangers posed by an economy perpetuated by consumerism and convenience, these writers appeal to the moral imaginations of the reader, issuing warnings about the detrimental effects that economic consolidation has on the person, the family, the community, and society at large.

The events of this summer underscore the immense political power wielded by our economy’s corporate giants. To those who recognize the dangers posed by our age of consolidation, the skirmishes from this summer could serve as a rallying cry in a bipartisan war for independence from our corporate crown. 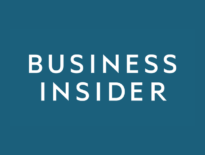