Washington, D.C. (December 3, 2020) — In a policy briefing paper released today, the Institute for Local Self-Reliance forcefully argues that the immediate federal response to the Covid-19 crisis must focus on enabling small, independent businesses to weather the economic collapse, while longer term federal efforts need to tackle the larger structural obstacles that have long impeded small businesses and left them vulnerable to the current crisis.

The paper, called “Rebuilding Small Business for a Robust Recovery,” lays out two dozen specific policy recommendations as part of a 6-point agenda focused on helping small businesses survive the pandemic and flourish after it. The agenda includes numerous policies that can be adopted by the incoming Administration, as well as recommendations for Congress. Key recommendations include:

ILSR’s recommendations could help the federal government avoid the mistakes made in the wake of the 2007-08 financial crisis, when millions of Americans lost their homes and savings while policy makers responded by bailing out big financial institutions and Wall Street. That misguided response led to two devastating, long-lasting consequences: It fueled extreme income inequality, and undermined faith in American democracy as a fair and just system.

Rather than the housing sector, however, the current economic fallout is decimating America’s small businesses. Nearly 100,000 small, independent businesses have already closed their doors permanently, with Black-owned businesses taking the biggest hit. As of early November, small business revenue was down a stunning 31 percent from January. As small businesses close or hang on by their fingernails, meanwhile, a handful of big corporations are recording massive profits, increasing their already-dominant market share, and dramatically accelerating concentration of the economy.

While the pandemic may be the immediate culprit driving these trends, the reason small businesses have been so vulnerable to this crisis is that decades of policy decisions have weakened small businesses while allowing dominant corporations to grow unabated. Policies that have led to an uneven playing field for America’s small businesses include:

Across the country, the economic fallout from these policies and the pandemic is hitting small businesses, their employees, and the communities they support. People are losing their dreams and livelihoods. Neighborhoods are losing beloved local stores and gathering spots. The country is losing much of its local productive capacity. To answer this generational challenge, we must have a federal economic recovery strategy focused on rebuilding, creating, and growing America’s small, independent businesses.

Small Businesses Must Be Primary Focus of Federal Recovery Efforts 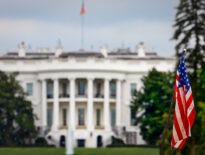