A few weeks ago, we wrote about one of the community meetings held by the Minnesota Public Utilities Commission (PUC) to address mounting frustrations over poor service from Frontier Communications. Subscribers at the meeting in Wyoming, Minnesota, complained of download speeds as slow as 0.05 Megabits per second (Mbps), outages that lasted for weeks, and unhelpful customer service representatives.

According to Minnesota Public Radio (MPR), the small town of Ceylon, Minnesota, has had to deal with even more insulting mistreatment at the hands of the company. Residents of Ceylon say that Frontier never actually finished installing its lines in the town. Instead, Frontier has left them lying in people’s yards and dangling from trees — for as long as three years, by one account.

Internet access and telephone providers like Frontier usually bury cables underground or suspend them on utility poles to keep the infrastructure safe. In Ceylon, it appears that Frontier has taken a more lackadaisical approach, resulting in lines snaking through the grass, tied to trees, and even crossing over a propane tank. MPR notes that some people in the town have taken it upon themselves to move Frontier’s cables out of the way of harm, attaching them to posts and fences for fear of accidentally severing the connection.

A representative from Frontier said the company would visit Ceylon to verify that the lines belong to them and to remedy the situation. But for now, Gibeau has a warning for Frontier: “You don’t do that to my town and think you’re going to get away with it.”

Whatever the reason for the slipshod work, Frontier can’t blame it on lack of funding. As Bill Coleman and his team from the Blandin Foundation laid out in their June 2018 report, the company has received millions for rural Minnesota deployment. The FCC’s Connect America Fund (CAF II) alone has awarded Frontier more than $27.5 million annually since 2016. The program runs for five years.

Frontier must deploy infrastructure that provides speeds of at least 10 Mbps down and 1 Mbps, well below the FCC’s definition of broadband. Common sense dictates that basic safety and construction regulations should apply.

A picture is worth a thousand words: Be sure to check out Mark Steil’s MPR photos of the outlandish Frontier deployment techniques in Ceylon.

Elsewhere in Minnesota, communities are taking it into their own hands to bring high-quality connectivity to rural areas. In Renville and Sibley Counties, residents created the nation’s first Internet access co-op, RS Fiber Cooperative, to make Fiber-to-the-Farm a reality for local households and businesses. Read our report to learn how they made it happen. 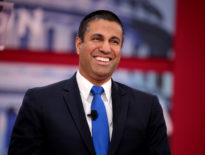 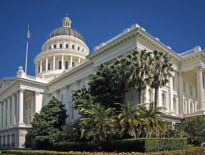