On November 25, the Baltimore Sun ran this opinion piece by me regarding Baltimore's approach to expanding Internet access in the city.

This simple statement is the best explanation for why Baltimore is examining how it can use existing City assets and smart investments in the near future to expand access to fast, affordable, and reliable Internet access. It is also a slap across Comcast’s face.

The big cable and telephone companies have insisted for years that they already deliver the services residents and businesses need. But they also claim to offer reasonable prices that just happen to increase year after year with few customers having other options to choose from.

Baltimore’s reality is that Comcast does indeed offer speeds that are faster than many in rural Maryland can access. But they are not even in the same league as cities like Chattanooga, where every address in the community has access to the fastest speeds available anywhere in the nation, and at some of the lowest prices. There, as in hundreds of communities across the country, the local government built its own next-generation network.

Whenever a city announces the possibility of investing in a network, the cable industry public relations machine kicks into high gear. They argue that we have a plethora of choices for Internet access. The sleight of hand behind this claim is to include LTE wireless networks as a replacement for cable – something almost no household does because replacing your home wired connection with LTE will break your budget. According to bandwidth-management firm Sandvine, the average household uses more than 50 gigabytes of data each month. Between the data caps and overage fees from AT&T, that will cost over $500/month.

Meanwhile, the overwhelming majority of community owned networks are doing exactly what they intended – breaking even financially while providing a valuable public service. Big cable companies argue that these networks have failed if they aren’t making big profits each year, a misunderstanding of public accounting. Community owned networks aim to break even, not make a profit.

When Windom, Minnesota, ended a year with a $50,000 deficit from a network that kept many local jobs in the community, few complained. Ask any local government official what is more important: 10 jobs or $50,000 in the general fund. No contest, especially when the accounting does not include the tens of thousands saved by a local government that no longer has to lease expensive voice and data connections for schools and municipal facilities.

Chattanooga is often cited out as the most successful municipal network after becoming the first US city with universal gigabit access and having helped created 6,000 jobs. But Thomasville, Georgia, and Spanish Fork, Utah, have operated networks for over a decade and generate more than a million dollars each year for the general fund from the telecommunications net income.

However, a few community owned networks have failed, just as thousands of privately owned telecommunications companies have disappeared or declared bankruptcy in a very difficult business. Provo is a favorite of the cable lobbyists, who generally neglect to note that it had to compete with one hand tied behind its back due to Utah state laws pushed by Comcast and US West (now CenturyLink). Some 19 states have created special barriers to discourage publicly owned networks.

Baltimore will likely take another path, expanding the fiber-optic network it already owns to better benefit community anchor institutions, local businesses, and potentially even residents. This is a very low-risk approach similar to what Seattle has done for years. Now Seattle has a partnership with a company called Gigabit Squared that is building a gigabit network out to tens of thousands of households.

None of these successes mean local governments should rush unprepared into a network investment. Nor should they be scared off by cable lobbyists trying to preserve what is effectively a monopoly. Building a successful network is a challenge, but so is trying to grow an economy while relying on yesterday’s technology at artificially inflated rates. 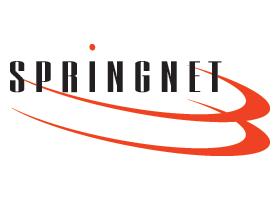