The NTIA’s $288 million grant program – and the looming $42 billion broadband infrastructure investment plan – will help bring affordable broadband to the roughly 20-30 million Americans without broadband, and the 83 million Americans currently living under a broadband monopoly.

In Grafton County, New Hampshire, 39 municipalities are part of a growing list of communities exploring home-grown broadband alternatives. They represent a grassroots movement driven by frustration with market failure that accelerated during the Covid-19 crisis. In response they’ve bonded together to apply for a $26.2 million NTIA grant to improve the region’s substandard broadband.

A Little Something Called Competition

Grafton hopes to use the NTIA funding to provide a middle mile fiber network, making it easier for Internet Service Providers (ISPs) to service each municipality and the county’s 90,000 residents. The network will be open access, inviting numerous ISPs to compete over the same shared infrastructure. Studies have repeatedly shown such open access models result in better, cheaper, faster service.

“The whole idea is that we want to facilitate competition,” Bristol town administrator Nik Coates shared in a recent phone interview. “I get at least an email a day from people contacting me about how bad their service is.” According to the FCC Form 477 data (which can dramatically overstate access), there are more than 5,300 people in the county completely unserved by wireline connections capable of speeds at 25/3 Megabits per second (Mbps). Many more residents lack access to 100/20 Mbps connections (see map below, or full size at the bottom of this story).

Threatened by the potential for a more competitive broadband market, Coates says incumbent ISPs like Comcast and Charter Spectrum have been bombarding the NTIA grant approval process with a series of dubious challenges, claiming that grant applicants are trying to duplicate existing service, making community alternatives and upgrades unnecessary.

But these claims lean heavily on extremely flawed FCC 477 data, which historically deems an entire census block “served” with broadband if just one home in the entire census block can gain access to broadband. As a result, U.S. broadband maps tend to be “grossly inaccurate,” according to looming FCC appointee and telecom policy expert Gigi Sohn. ISPs have a long track record of opposing efforts to improve federal broadband mapping, wary that improvements would highlight the real-world impact of regional monopolization and limited competition. The falsely-optimistic picture painted by inaccurate maps has long been used to argue that no meaningful competition reform is necessary on the state or federal level.

Of the 4,000 census blocks covered by Grafton’s grant application, Coates said that incumbent ISPs challenged 3,000 of them, even those dominated by cemeteries. In the majority of the challenges, telecom giants overstated available speeds and existing coverage, he noted.

“My immediate response was that this was them telling us to go boil water,” Coates said. “Here you go, prove that you can do this in these three thousand census blocks. Have fun figuring it out.”

The federal government’s failure to develop accurate broadband mapping data has forced countless communities to take the matter into their own hands. Counties like Grafton have resorted to conducting independent surveys, crowdsourcing better data, relying on third party speed test data, or even driving town to town to determine real-world availability and speeds.

Coates said Grafton counter-challenged all 3,000 contested census blocks by incumbent ISPs like Comcast and Charter, pointing to a recent county survey of 2,400 locals that found most homes in Grafton have Internet access that fails well below the FCC’s base definition of broadband: 25 Megabits per second (Mbps) downstream and 3 Mbps upstream.

“It clearly shows that people are not getting the speeds that you’re saying they’re getting, so you go prove otherwise,” Coates said.

An NTIA spokesperson told me that the agency uses a variety of different data sources to confirm broadband deployment accuracy, though communities say they haven’t been given a timeline as to when the agency will rule on changes.

“Information submitted by service providers is one factor in the evaluation of Broadband Infrastructure Program applications,” the NTIA said. “We are also coordinating with other federal agencies and using data from the FCC and our National Broadband Availability Map to help make determinations about where service is needed most. Our number one priority for this program is providing broadband service to as many unserved households and businesses as possible.”

Not An Isolated Incident

In Maine, community leaders applied for $28 million in NTIA grant money, but quickly found their requests bogged down by incumbent ISP challenges, almost 90 percent of which were based on broadband coverage claims Maine officials quickly debunked.

Overall, Maine had 345 out of 1100 potential census blocks challenged by ISPs, only 40 which had any real validity, Schaffer said.

Unwilling to wait for the federal government to get its act together, Maine is one of several states that has developed their own more granular, crowdsourced broadband mapping systems, making it easier to identify the real scope and counters of the nation’s stubborn digital divide. It’s an advantage many communities navigating the NTIA process don’t have.

“Responding to this challenge was not an insignificant lift in ten days,” Schaffer said. “And we only had 345 blocks, NOT the 3000 that Grafton County had. For communities and areas that applied that did not have support of mapping, community planning, and time, this might have been a barrier to them responding adequately to the challenge.”

Many of the communities applying for the grants are already operating on tight budgets and limited resources. Many more are marginalized communities long stuck on the wrong side of the digital divide due to selective upgrades or policy apathy. Any additional burden in obtaining needed federal broadband funding can often prove a bridge too far.

It’s a notable challenge for the NTIA, an agency that not only hasn’t had a full time leader in more than two years, but has been tasked with overseeing both its existing grant programs while also building and coordinating an entirely new additional $42 billion state-by-state grant program as part of the recently passed Infrastructure Investment and Jobs Act.

“The sin here is not NTIA,” Schaffer said. “They had to do a challenge process by statute. The original sin here is still the FCC maps—which despite everyone saying they suck—are still used as the standard. And the fact that companies can report stuff that is simply not true…to deny service to thousands of people who don’t have service to protect their imaginary footprint.”

Fortunately there are numerous broadband mapping reforms currently in the pipeline. That’s thanks in large part to the 2020 Broadband Deployment Accuracy and Technological Availability (DATA) Act, which doled out more than $98 million to the FCC to help craft more accurate broadband mapping methodologies.

But such efforts may take several more years and additional funding to implement. As such, they’re coming too late to ensure that the United States has an accurate picture of the problem it’s trying to fix now, with billions of dollars coming down the pipeline. That’s an advantage for monopolies with a vested interest in keeping the profitable status quo intact. 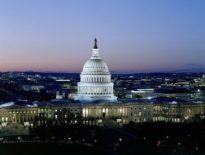 MuniNetworks In Governing: 2022 Brings Hope for State and Local… 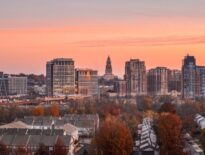