Directly north of Springfield, Missouri, sits Hermitage, a rural community of less than 500 residents. With only a few more than 200 households in Hermitage, it isn’t surprising that none of the big incumbent providers want to install the infrastructure to offer businesses or residents high-quality connectivity. A recent Missourian article described what it’s like for businesses in a community whose owners need fast, affordable, reliable Internet access when it just isn’t available from the national ISPs.

In Hermitage, entrepreneurs like local storekeepers cringe on the days when customers want to pay with credit or debit cards. Often their unreliable CenturyLink DSL service fails, sometimes for extended periods, which cuts into their revenue. Cindy Gilmore, who owns a local convenience store, has to either track down customers or take a loss when Internet access fails during mid-transaction and she restarts her modem.

Gilmore pays $89 per month to CenturyLink for service that is advertised as “up to” 1.5 Megabits per second (Mbps) download. Her speed test result on November 12th was .5 Mbps. Two weeks later a similar test reached the advertised speed and then two days later fell to .4 Mbps, which eliminated her ability to process credit card transactions, work from the office, or look up information she needed for supplies.

Rufus Harris works from home as an online car dealer and relies heavily on Internet access. As part of his work, he researches auto recalls and Carfax reports. The only option for Harris at his home office is CenturyLink and he pays $39 per month for residential “up to” 1.5 Mbps Internet access. He often finds himself, however, renting motel rooms for up to $400 per month because his Internet service at home goes down.

“It’s a shame when you pay for a service that you don’t receive,” Harris said. “We’re supposed to get at least 1.5 (Mbps) or up to, and most of the time it’s not near that good. A lot of the time, it might take 2 minutes to change from one page to the next.”

Unfortunately for Harris and Gilmore, no cooperatives are offering Internet access in their areas. We’ve documented several co-ops in Missouri, such as Co-Mo Cooperative offering gigabit connectivity in the central part of the state, that have succeeded where CenturyLink has failed. Much like bringing electricity to the very rural areas of the U.S., rural cooperatives are filling the gaps left by the companies that must first focus on profit.

Businesses in Hermitage and surrounding Hickory County are turning to other solutions for now, with the hopes that state leaders will offer future solutions that take a long-term approach. I-Land, a local fixed wireless provider will be working with the Lightfoots, a couple who own Hermitage’s hardware store. The hardware store doesn’t offer online sales, but the Lightfoots consider the option to have broadband an opportunity to “make our job easier to serve people.”

Check out this video released as part of the Missourian’s report, Disconnected: 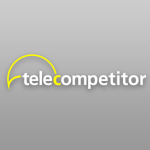