In response to the increased reliance on connectivity precipitated by the Covid-19 pandemic, the Minnesota Legislature is working on legislation to improve access to broadband, online education, and telehealth services throughout the state.

The Senate passed their version of the bipartisan funding bill, SF 4494, earlier this week, and the House has two similar pieces of legislation, HF 1507 and HF 3029, currently under consideration. If the bills are passed and signed into law, there would be a total of $20 million to $27 million (depending on how the different versions are reconciled) available in grants to support distance learning, telemedicine programs, and broadband deployment. Bill authors designed the legislation to prioritize the use of federal money for the grant programs before pulling from the state’s general fund.

Broadband Bills in House and Senate

The Minnesota Senate passed its version of the legislation, SF 4494, on May 4 in a unanimous vote. Representatives in the House have rolled the grant programs into a larger coronavirus relief package that is under consideration, HF 1507. This is in addition to keeping a separate House bill with the broadband funding provisions, HF 3029, alive in case HF 1507 fails to pass.

The bills direct grant funding to three connectivity issues: connecting students for distance education, expanding access to telemedicine services, and deploying broadband networks in unserved areas. To facilitate online education during the pandemic, the bills would make $8 million (SF 4494 and HF 3029) or $15 million (HF 1507) available in grants to schools through the state Department of Education to fund the distribution of devices like hotspots and to reimburse the cost of broadband access for students without Internet access. Both the House and Senate bills would appropriate $2 million for grants to healthcare providers, administered by the Department of Employment and Economic Development, to purchase the necessary equipment and software to offer telehealth solutions. The legislation also earmarks an additional $10 million for the Minnesota Border-to-Border Broadband Grant Program to deploy broadband in unserved areas. (The grant program still has $20 million remaining from last year’s budget appropriation.)

Both the Senate and House, in their respective versions of the bill, require the use of any available federal relief funding before dipping into the state’s general fund. Notably, the bill passed by the Senate will cancel the appropriation of $10 million for the Border-to-Border program if federal funds aren’t available. Other than the difference in funding amounts for distance learning, this is the main distinction between the House and Senate versions.

During the Senate discussion before passing SF 4494, bill author Senator Torrey Westrom noted that Internet access is not just a rural issue, and other legislators remarked on the importance of ensuring students in suburban and urban areas are also connected. Senators also commented on the need to complement temporary distance learning and telehealth solutions with long term investment in expanding broadband infrastructure in the state.

The digital divides that the bills seek to close between broadband have and have-nots — whether the result of cost or availability, in both urban and rural communities — existed long before the pandemic brought a larger spotlight to the struggles of unconnected Minnesotans. Before Covid-19 became a global health crisis, groups like the Minnesota Rural Broadband Coalition were advocating for additional funding for the Border-to-Border Broadband Grant to connect unserved and underserved areas. While it may be too late to bring modern Internet access to some communities in the near future, the coronavirus has shown us that there’s never a better time than the present to invest in broadband infrastructure. 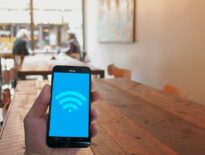 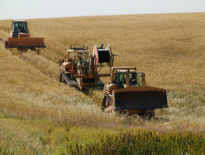