The Minnesota Office of Broadband Development recently announced the recipients of the Border to Border Broadband grants, funding established by the state legislature in 2014 to facilitate rural broadband projects. Seventeen public and private entities will share a total of $19.4 million in Greater Minnesota.

According the the Department of Employment and Economic Development (DEED) press release, the projects will help bring better connectivity to 6,095 households, 83 community institutions, and 150 businesses in areas of the state considered unserved or underserved. This funding pays for up to 50 percent of the cost of each project.

The need in rural areas of the state is intense; 40 projects submitted applications for a total of $44.2 million in requests. Among the recipients are some familiar projects.

RS Fiber Cooperative is awarded $1 million for its FTTH project in Renville County and and parts of Sibley County. We wrote a case study on the RS Fiber project in our report All Hands on Deck: Minnesota Local Government Models for Expanding Fiber Internet Access. According to the press release:

Total project costs are $3.32 million; the remaining $2.32 million (70 percent local match) will be provided by a line of credit that R-S Fiber Telcom has committed and partner equity. This project is part of a larger cooperative project estimated at $38.46 million that will upgrade broadband services to several thousand locations in the region. Hiawatha Broadband Communications will provide operational capacity.

Federated Telephone, sister cooperative to Farmers Mutual Cooperative will also receive an award for a project in Big Stone County:

Federated Telephone Cooperative, Big Stone County. Awarded $3.92 million to construct broadband infrastructure that will make service available to 1,072 unserved premises. The full project cost is $7.92 million; the remaining $4 million (51 percent) in matching funds will be raised through tax abatement bonds, with the county loaning the bond proceeds to Federated. This project will cover the north half of Big Stone County, as well as the western tract that runs from south to north surrounding the city of Ortonville. The area will include the communities of Barry, Beardsley and Johnson along with the rural parts of western and northern Big Stone County.

There were a number of smaller, local telephone companies that are deploying or expanding in rural areas including Sjoberg Cable in Roseau, Otter Tail Telecom in Fergus Falls, and Dunnell Telephone Company in Dunnell. DEED also posted a map [PDF] that shows the locations of the funded projects.

CenturyLink, Frontier, and Mediacom, who have poo-pooed public investment in publicly-owned infrastructure, labeling it as "unfair," also applied to receive public funds. They will receive approximately $2.5 million collectively. The private sector cleaned up, as is usual when it comes to collecting taxpayer dollars.

Last fall, we interviewed Minnesota's Senator Matt Schmit and Representative Erik Simonson, authors of the bill establishing the fund, and Danna Mackenzie, Director of the State Office of Broadband Development. Listen to their conversation with Chris in episode #119 of the Community Broadband Bits podcast.

These seventeen projects demonstrate a need that is just the tip of the iceberg. While $20 million is only a fraction of what it will take to bring fast, reliable, affordable connectivity to all Minnesotans, these projects will help lay the groundwork for future planning. We encourage the Minnesota Legislature to get serious about expanding Internet access across the state and in particular, focus on investing in coops and munis that will keep the money in the community. 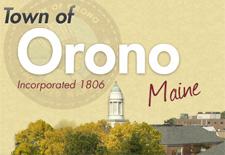