And in the face of climate change, those are just the sort of traits that communities most need if they are to survive massive storms, adapt to changing conditions, find new ways of living more lightly on the planet, and, most important, nurture a vigorous citizenship that can drive major changes in policy.

That there’s a connection between the ownership structure of our economy and the vitality of our democracy may sound a bit odd to modern ears. But this was an article of faith among 18th and 19th century Americans, who strictly limited the lifespan of corporations and enacted antitrust laws whose express aim was to protect democracy by maintaining an economy of small businesses.

It wasn’t until the 20th century that this tenet of American political thought was fully superseded by the consumer-focused, bigger-is-better ideology that now dominates our economic policy-making. Ironically, the shift happened just as social scientists were furnishing the first bona fide empirical evidence linking economic scale to civic engagement.

In 1946, Walter Goldschmidt, a USDA sociologist, produced a groundbreaking study comparing two farming towns in California that were almost identical in every respect but one: Dinuba’s economy was composed mainly of family farms, while Arvin’s was dominated by large agribusinesses. Goldschmidt found that Dinuba had a richer civic life, with twice the number of community organizations, twice the number of newspapers, and citizens who were much more engaged than those in Arvin. Not surprisingly, Dinuba also had far superior public infrastructure: In both quality and quantity, the town’s schools, parks, sidewalks, paved streets, and garbage services far surpassed those of Arvin.

At about the same time, two other sociologists, C. Wright Mills and Melville J. Ulmer, were undertaking a similar study of several pairs of manufacturing cities in the Midwest. Their research, conducted on behalf of a congressional committee, found that communities comprised primarily of small, locally owned businesses took much better care of themselves. They beat cities dominated by large, absentee-owned firms on more than 30 measures of well-being, including such things as literacy, acreage of public parks, extent of poverty, and the share of residents who belonged to civic organizations.

One might expect such findings to have had a powerful influence on government policy. In fact, Congress ignored Mills and Ulmer, while Goldschmidt’s study was actively suppressed by his bosses at the USDA, who, under the sway of big agribusiness, treated his research as though it were radioactive. They eventually fired Goldschmidt and abolished his entire department. In the following decades, a wide range of federal policies would work to facilitate and promote the concentration of capital and the rise of big industry.

Today, as we find ourselves struggling with a climate crisis that demands a far more active and creative democracy than we currently have, a new body of research is once again illustrating the civic advantages of decentralizing ownership and transitioning more of our economy to community-scaled enterprises.

“Residents of communities with highly concentrated economies tend to vote less and are less likely to keep up with local affairs, participate in associations, engage in reform efforts or participate in protest activities at the same levels as their counterparts in economically dispersed environments,” sociologists Troy Blanchard and Todd L. Matthews concluded in a 2006 study published in the journal Social Forces. In studies of both agricultural (2001) and manufacturing (2006) communities, the late Cornell sociologist Thomas Lyson also found that those places with a diversity of small-scale enterprises had higher levels of civic participation and better social outcomes than those controlled by a few outside corporations.

It’s not just that cities with more social capital are better able to foster local enterprises and resist corporate consolidation. The causality actually seems to go the other way: Where economic power is diffused, political power is more widely and democratically exercised. And, likewise, as economic power becomes more concentrated, civic engagement slumps. Sociologists Stephan Goetz and Anil Rupasingha, for example, have documented a decline in civic participation, including voter turnout and the number of active nonprofit organizations, after Walmart moves into a community. And, with each Walmart store that opens in a city, social capital further erodes, their 2006 study finds.

Still other research has drawn a link between a small-scale economy and improved community well-being, including lower rates of crime and better public health. A study published in 2011, for example, found: “Counties with a vibrant small-business sector have lower rates of mortality and a lower prevalence of obesity and diabetes.” The authors surmise that a high degree of local ownership improves a community’s “collective efficacy” — the capacity of its residents to act together for mutual benefit. Previous research has linked collective efficacy to population health, finding that engaged communities tend to create the kinds of infrastructure (think of farmers markets and bike lanes) that foster healthier choices.

What is it about a locally rooted economy that fosters social ties and civic engagement? There’s much to be said for the value of doing business with people who know us and whose success is intimately tied to the well-being of the community. Small businesses are not merely smaller versions of large businesses; they are running on a different operating system altogether. Goldman Sachs makes money regardless of whether foreclosures are going up or down. But a local bank only does well when its borrowers do well. Business decisions are thus guided by very different motivations. And, in times of crisis, economic resources that are controlled locally are much more readily marshaled and reconfigured to meet shifting local needs.

Independent businesses also create environments that foster interaction. Research suggests you are roughly seven times as likely to end up in a conversation with another customer at a farmers market or neighborhood bookstore than you are at a big-box store (not to mention the isolating experience of shopping on Amazon). To run one’s errands in places that encourage lingering and conversation, where economic exchange is embedded in human relationships, is to experience the place where you live in a meaningful way. No wonder this leads to more engaged and resilient communities.

Of all the environmental benefits that might flow from shifting to a more locally focused economy — from reducing global shipping to creating systems of production that are better matched to the limits and resources of particular ecosystems — perhaps the most significant would be a renewed capacity to act together for the common good and tackle the looming challenges before us. 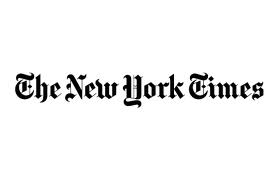