By Stacy Mitchell and Justin Dahlheimer

In the wake of Hurricane Katrina, many of New Orleans’ locally owned businesses reopened within weeks and even days of the floodwaters subsiding. National chains, meanwhile, kept their distance. Some abandoned New Orleans altogether, while others waited months and even years to see if the population would rebound before deciding whether to open their doors again.

“Locally owned businesses came back first when they were needed most,” recalled Dana Eness, executive director of the Urban Conservancy, a New Orleans-based nonprofit. In the aftermath of the storm, local cafes, bookstores, hardware stores, and the like played a pivotal role in drawing people back to their neighborhoods. They provided much-needed goods and services, and offered places where residents could gather for solace and mutual support.

Yet, despite their resilience and loyalty, locally owned businesses have been largely ignored in the city’s recovery and redevelopment plans. City officials have instead doled out multi-million dollar subsidies and tax breaks to finance big chains, including Wal-Mart, Home Depot, and Lowe’s.

Now a new study finds that independent businesses are not only more reliable, but generate twice the local economic impact of big-box retailers, while consuming a fraction of the land area. The Urban Conservancy, which commissioned the study and runs a public education initiative called Stay Local, hopes the new data will prompt the city to revisit its economic recovery policies and shift its focus to developing and strengthening locally owned businesses.

The study, Thinking Outside the Box: A Report on Independent Merchants and the Local Economy, which was conducted by Civic Economics and is scheduled to be released next week, examined financial data from 15 locally owned businesses, which sell a wide variety of goods, from food and apparel to home furnishings and sporting goods, on Magazine Street, a vibrant, traditional business district in the heart of New Orleans. For comparison, the study analyzed revenue and expenses at an average SuperTarget store.

This difference has profound implications when considered across the breadth of spending in the New Orleans metropolitan region. If residents and visitors were to shift 10% of their current retail spending from chains to locally owned businesses, it would generate an additional $235 million a year in local economic activity, creating many new opportunities and jobs. Likewise, a 10% shift in the opposite direction – less spending at local stores and more at chains – would lead to an economic contraction of the same magnitude.

Another noteworthy finding of the study is that locally owned businesses require far less land to produce an equivalent amount of economic activity. The study found that a four-block stretch of Magazine Street provides 179,000 square feet of retail space, hosts about 100 individual businesses, and generates $105 million in sales, with $34 million remaining in the local economy.  In contrast, a 179,000-square-foot SuperTarget generates $50 million in annual sales, with just $8 million remaining in the local economy, and requires an additional 300,000 square feet of space for its parking lot.

Large swaths of the city of New Orleans remain desolate and, although the city’s population has been growing, it is still only about 60% of pre-Katrina levels. 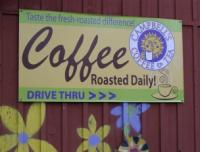 After Katrina, the city faced a choice: build neighborhood business districts, where homes and businesses are mixed together in dense, walkable settings, or pursue big redevelopment projects that would convert the city to large-format chain stores and a more auto-oriented land use pattern.  So far the city has favored the latter. Although there has been some modest financial support for local business recovery, the city has lavished far more on big-box projects.

Two Wal-Mart supercenters have been built in New Orleans with tax-increment financing, a subsidy program that diverts sales tax revenue to pay for private development. A Lowe’s store was built with another type of subsidy called PILOT. Then in 2007, shortly after Home Depot gave a lucrative countertop installation contract to a firm owned by Mayor Ray Nagin and his sons, the city approved a long-term property tax break for a new Home Depot store. The deal allows Home Depot to escape hundreds of thousands of dollars in property taxes every year.

Now the city is weighing a controversial $120 million subsidy to fund the redevelopment Lake Forest Plaza, a shopping center on the east side of New Orleans. The new center would include a Wal-Mart and other big-box stores.

“It seems more glamorous to give tax subsidies to big boxes. The city does nothing for small businesses. In fact, they raise my taxes,” said Bruce Foret, owner of Oak Street Hardware, which was founded in 1929 and reopened shortly after Katrina, not because there was any money to be made, but, “I felt like the neighborhood needed us.”

Jake Wagner, a former New Orleans resident and professor of planning at the University of Missouri, believes the city’s focus on large chains is a mistake. What will bring people and prosperity back, he believes, is recovering the city’s distinctive feel. “If you look at what happens to a city after a disaster, people make a decision to come back or not, and that decision is based on place – whether there is local character to come back to,” he explained. “A big part of that is local businesses.” 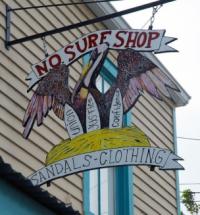 The Urban Conservancy hopes the study’s findings will prompt the city to reconsider its policies and make the question of local businesses vs. big-box stores a major issue in the upcoming mayoral race (the election is in February).

Since 2003, the Urban Conservancy has been building public awareness and rallying support for independent businesses through its Stay Local initiative, a citywide educational and advocacy campaign.

One feature of the campaign is a popular online, searchable directory of the over 1,800 locally owned businesses in New Orleans. Businesses are listed free of charge as long as they are owned by an area resident and all of their major operational decisions are made locally.

Stay Local has also produced and distributed several neighborhood guides, which list and map each neighborhood’s independent businesses, along with photographs and a short history of the area. The guides have had a huge positive impact, helping residents visualize the recovery of neighborhoods and documenting the sheer number and diversity of the city’s locally owned businesses.  The guides have also fostered more mutual support and connections among local businesses. “The maps were our excuse to spend a lot of time talking with people and getting to know [the neighborhoods],” said Eness.

In July, Stay Local released A Guide to Commerce and Culture, a glossy color magazine that includes a business directory, along with articles on the economic and cultural value of locally owned businesses.

“Stay Local’s been that support base to keep me going in this recovery,” said Christy Williams, owner of Teacher’s Stop, an educational supplies store founded in 1996. “The publicity has been vital, keeping everyone aware that we are still here.”

“It’s the concept of wealth generation and retention in the community that really resonates,” added Eness.

As Stay Local has grown in visibility and public support, the Urban Conservancy has begun to make inroads with local and state policymakers. This year, the city’s Economic Development Fund provided a $50,000 grant to help finance production of three more neighborhood guides. The Urban Conservancy is also been working with the Louisiana Department of Culture, Recreation, and Tourism to implement the Main Street Program in several New Orleans neighborhoods.

Now, armed with hard economic data, it hopes to influence the city’s economic development and planning policies. “You still see a lot of empty commercial spaces and cleared lots,” said Eness. “I would hope that, when presented with these numbers, there may be more of a concerted effort on the part of the city to facilitate local business as the expedient and cost-effective solution.” 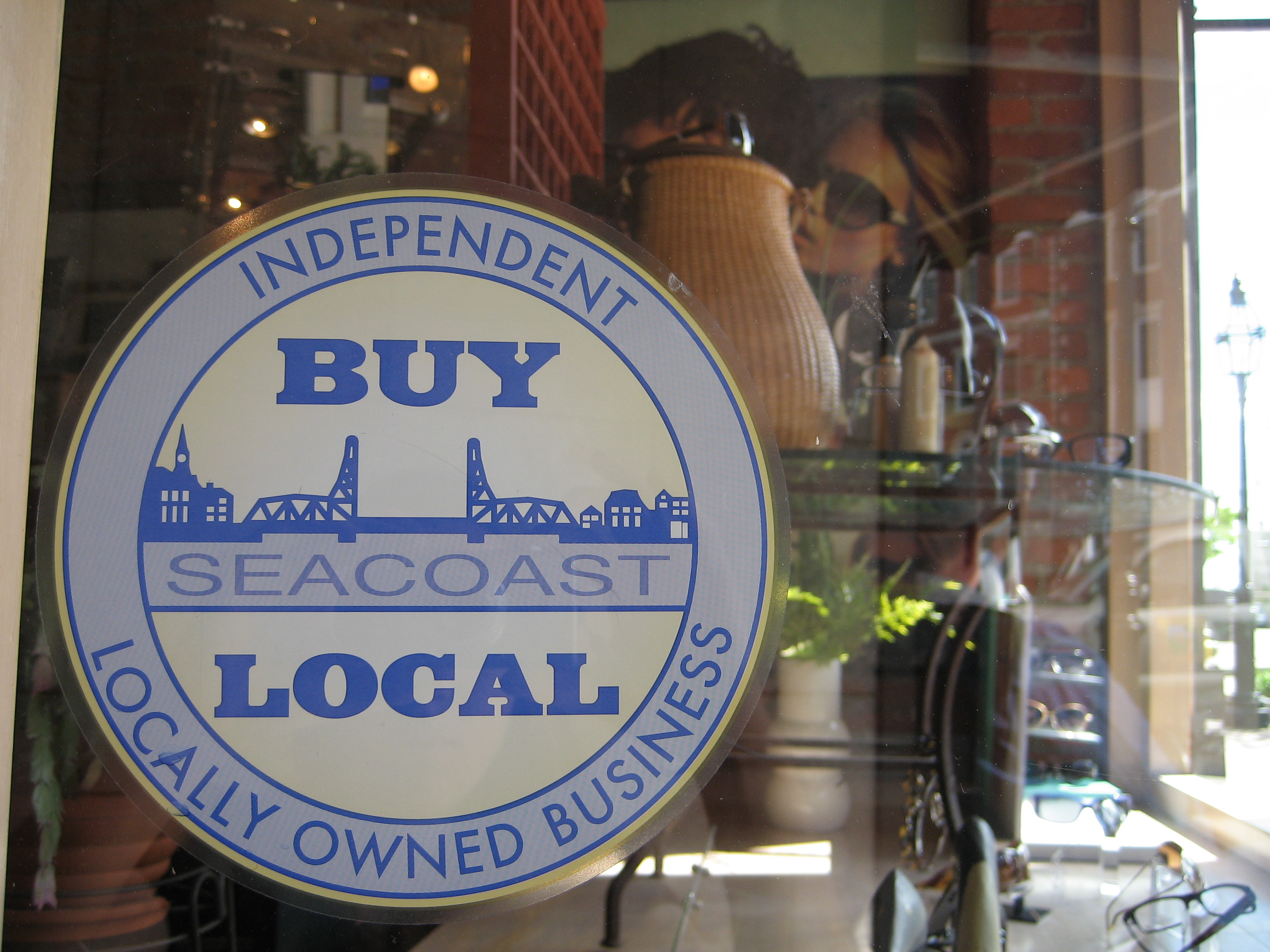