After nearly four years of data collection, research and analysis, the project is expected to provide local governments with valuable information about expanding digital infrastructure — without interfering with the marketplace.

Looking for ways to improve broadband availability and service without contradicting political ideology can be difficult. Kansas is one of several red states that has passed legislation restricting government involvement in the operation of broadband networks. Since initial passage, that legislation has been dialed back, but the average Kansan would still prefer the free market provide broadband services and leave government out of it.

On May 1, leaders of the 2010 Kansas Statewide Broadband Initiative (KSBI), announced a new project aimed at improving broadband service and availability, without betraying the political sensibilities of their constituency.

As for municipally-run broadband, the commerce department’s function is to facilitate the communities throughout the state to flourish. “The commerce department doesn’t advocate municipal networks or oppose municipal networks, so our view would be it’s up to communities to figure out what their needs are and how they go about implementing it,” Adams said, adding that they expect to see a wide range of solutions come from the many cities seeking broadband throughout the state.

Initiatives like KSBI are typically operated by organizations that are in a difficult position, according to Christopher Mitchell, director for Community Broadband Networks at the Institute for Local Self-Reliance.

“They are supposed to encourage better Internet access but have limited authority and politically cannot rock the boat in terms of publicizing how poorly some incumbent operators are treating communities,” Mitchell said. “In most cases, these state agencies do not make much of a difference because in order to encourage investment, you have to step on the toes of powerful interests that like the status quo.”

Municipally-run networks are allowed in Kansas, but there aren’t many of them. Chanute, Kansas, a city of less than 10,000, has connected its businesses to a broadband network to keep them from leaving. This is a trend that can be seen in pockets throughout the country, Mitchell said, but lobbyists continue to push laws forward that would restrict local governments from competing with the commercial marketplace.

MuniNetworks Webinar from the Blandin Foundation and the Instit… 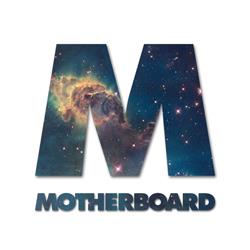 Media Coverage Hundreds of Cities Are Wired With Fiber—But Tele…