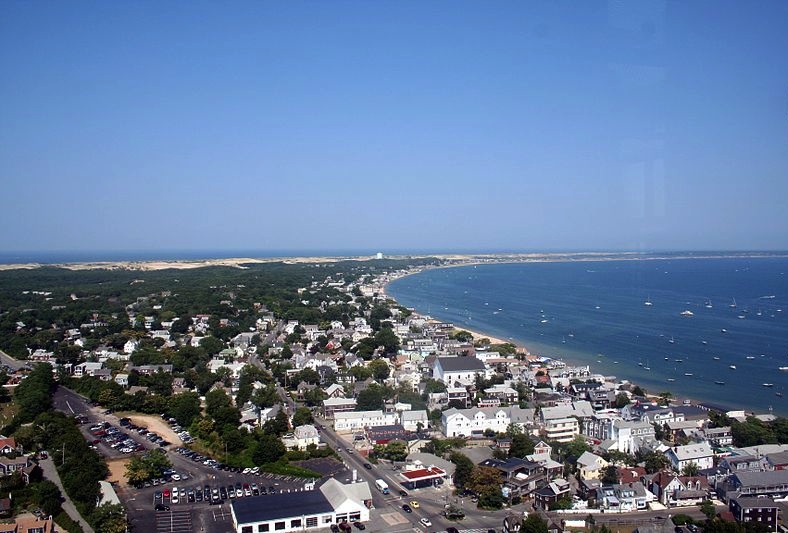 This article was originally published on Grist.

This month, citizens and planning officials in Cape Cod, Mass., will get a chance to do what almost no one else in the U.S. is allowed to do when deciding whether to approve or reject a big-box retail development: weigh the likely impacts on the region’s economy.

Thousands of proposals to build big-box stores and shopping centers will be submitted to cities and towns this year. (Walmart alone is pushing to open 220 new stores by January.) In almost every case, local planning policies will limit any review of these projects to conventional zoning issues, like how much traffic the store will generate and whether the site has sufficient landscaping.

Questions about the economic impacts of these projects will be off the table. Residents who want to talk about how a new shopping center will affect the viability of Main Street business districts, wage rates for local workers, or even the cost of public services will be told that those issues cannot be considered as part of the planning board’s deliberations.

This narrow approach to land-use policy strips communities of an important tool for shaping their own economic future, constraining the reach of extractive corporations, and moving toward less carbon-intensive economic systems and shopping patterns.

One exception to this common state of affairs is Cape Cod, a peninsula home to about 217,000 people.

Mindful of the Cape’s fragile environment and economy (despite pockets of wealth, the peninsula’s median household income is below the state as whole), residents voted to create the Cape Cod Commission in 1990. Made up of representatives of each of the Cape’s 15 towns, this regional planning body has the authority to review, and reject, large development projects that could significantly impact the local economy or environment, including any commercial building over 10,000 square feet. The commission does not supplant municipal planning boards, but rather adds a second layer of review for large projects, in which all of the region’s towns are given a say.

Guided by a Regional Policy Plan that frowns on development outside of town centers and favors projects that protect the Cape’s character, expand local ownership, and enable the region’s communities to meet more of their own needs instead of relying on imports, the Cape Cod Commission has turned down several big-box stores over the last two decades, including a Walmart in Falmouth, a Sam’s Club in Hyannis, a Costco in Sandwich, and a Home Depot in Yarmouth.

A few big retailers have made it in, but only by proposing much smaller stores and locating them on sites that were already developed. Walmart finally won approval to open its one and only store on the peninsula when it applied to put a 73,000-square-foot store (one-third the size of a typical supercenter) into a building in Falmouth previously occupied by a defunct regional department store chain. Home Depot likewise was given the green light to take over an empty retail space in Hyannis, opening a store about half its standard size.

Now the Cape Cod Commission is reviewing a proposal to build a 128,000-square-foot Lowe’s in the town of South Dennis. In a filing with the commission, Lowe’s said the store would create 115 new jobs. But an analysis [PDF] by FXM Associates found that Lowe’s would not be adding to the economy, but rather siphoning off 10 to 20 percent of the sales at dozens of local hardware, lumber, appliance, paint, plumbing, and other stores. Declining revenue would force these retailers to lay off 163 people.

These threatened jobs pay about 25 percent more on average than Lowe’s does, meaning the store’s arrival would trigger a net decline in household incomes of $3.2 million annually. The drain on the region’s economy is even greater, the analysis notes, if you consider the fact that, unlike competing locally owned retailers, Lowe’s will purchase very little in the way of goods and services from other Cape Cod businesses.

At two public hearings to be held by the commission this month (details here and here), citizens will get to weigh in on these issues, as well as the environmental impacts of a low-rise box store with five acres of parking.

Aside from Cape Cod, Vermont is the only other region with a system for considering the costs and benefits, both economic and environmental, of large projects. (Maine went down this road with the passage of the Informed Growth Act in 2007, but the state’s unpopular governor, Paul LePage, gutted the law soon after taking office in 2011.) A handful of cities now require economic impact studies for large-scale retail development, but one of the advantages of Cape Cod’s approach is that it’s regional, so developers can’t just threaten to move next door if one municipality says no.

Land-use policy is one of the most powerful — and underutilized — tools communities have for steering the evolution of their economies. With the global corporate economy rife with hidden costs and consequences, more communities would do well to take advantage of it.

Media Coverage Walmart is Still Bad for the Planet