Along the journey, Greenlight faced a playing field tilted in favor of incumbent providers, predatory behavior from those incumbents, and dangerous legislative barriers created by companies like Time Warner Cable and CenturyLink.

From the press release:

“In January, the Federal Communications Commission issued a challenge to communities to provide gigabit service by 2015, and we’re proud to answer that challenge now.  We are excited to launch our gigabit service and allow our customers to be the first in the state to experience such high speed Internet access,” said Will Aycock, general manager of Greenlight.  “Ultra-high speed Internet will help position Wilson for the future and will provide our businesses and residents with the tools they need to succeed.” Greenlight currently serves approximately 6,000 customers in Wilson and provides service to schools throughout the larger county. The network provides free downtown Wi-Fi through the downtown area.

We published two extensive reports on the challenges confronting the Wilson community as they planned and built out the network. Carolina's Connected Community: Wilson Gives Greenlight to Fast Internet tells the story of the network and difficulties along the way. The Empire Lobbies Back: How National Cable and DSL Companies Banned the Competition in North Carolina describes the backlash from incumbents and the resulting state barriers, championed by Time Warner Cable and what is now CenturyLink.

While envious of the possibilities in Wilson, we congratulate Greenlight and its community for this great achievement. 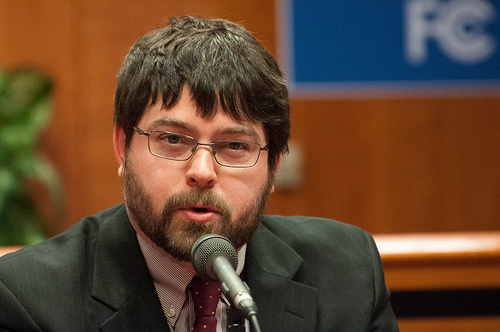