A few years ago, it took much longer to book a child into Caddo Parish’s juvenile detention system than it does today. That’s because officers frequently faced technical difficulties with the computer program used to process children into the system. And they would have to wait, sometimes for hours, director Clay Walker said.

But in the past two years — as information has been transmitted through fiber optic communication cables — the reliability of the program has improved. And that has resulted in fewer delays, he said.

“This is a system on which all commerce is increasingly taking place,” said Christopher Mitchell, of the Minneapolis-based Institute for Self-Reliance, a non-profit advocating for local access to technology.

It’s common for local governments to initially connect their internal systems using fiber optics and then expand that network to a key employer, a stretch of business or as a municipal service after residents or businesses voice interest in it.

Some communities, such as Lafayette, expand the lines throughout their entire city, while others connect only to a specific area, he said.

The cost of expansion can vary depending on what the city or town decides; connecting a few businesses may cost $50,000 to $150,000, whereas Lafayette issued $125 million in revenue bonds to connect its entire city, Mitchell said.

Caddo spent roughly $180,000 to install fiber optic cables to juvenile services, and is expected to spend roughly $300,000 to extend lines to the jail, which will also cross animal and fleet services, Kirby said.

The Parish pays between $1,200 to $1,500 monthly for the current lines that allow the jail to hold video court, Wilson said. “But those are not as efficient as fiber optic cable,” he said. “This is better quality and it also gives us an interconnectability between it and our main operations at Government Plaza.”

Bo Sayre, chief technical officer for Moonbot Studios, said the time it takes to upload files to transfer to a client is a big deal there.

“Being able to throw that stuff up in minutes instead of hours is super important,” he said. “The content we work with is very large.”

Currently, the studio uses two Internet Service Providers to offset bandwidth issues that can occur while uploading files. One ISP is used for the upload while the other is used by the rest of the staff.

Similarly, as companies use smart manufacturing to build products, fast access to networks is becoming increasingly more of a consideration, Mitchell said.

“It’s not just enough to have DSL or cable,” he said. “You need to have the better stuff; (DSL) is sort of last year’s stuff and fiber optics is what will be used for many decades.” 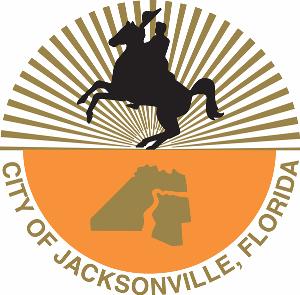