Our Community Broadband Map documents over 400 communities where publicly owned infrastructure serves residents, business, or government facilities. We rarely hear of publicly owned systems sold to private providers, but it does happen once in a blue moon.

According to a July Journal Review article, the transition for customers began this summer with completion expected by the end of 2014. Metronet invested approximately $2 million in upgrades. Metronet will also offer voice services via the network; Accelplus offered only Internet and video.

In the past, we have found that networks that offer triple-play can attract more customers, increasing revenues. In states where munis cannot offer triple-play or administrative requirements are so onerous they discourage it, municipalities that would like to deploy fiber networks sometimes decide to abandon their vision due to the added risk.

A November 2013 Journal Review article reported that the network, launched in 2005, faced an expensive lawsuit commenced by US Bank. Apparently the network could not keep up with the repayment schedule for Certificates of Participation, backed by network revenue, that financed the investment.

Metronet purchased Accelplus and its assets for $5.2 million. The City also provided some economic development incentives. When all is said and done, investors are settling for a total of $5.6 million and the City avoids a $19.6 million lawsuit.

Metronet will receive a 10-year, $24,000 per year lease from CEL&P on property currently used by Accelplus. Metronet can purchase that property for $1 after the lease expires. Accelplus manager John Douglas has segregated those areas and provided AutoCAD drawings to Metronet.

Furthermore, CEL&P will lease 72 strands of fiber to Metronet at the rate of $24,000 per year for 10 years as part of an indefeasible right to use agreement.

A 99-year lease agreement will also allow Metronet to have equipment on CEL&P utility poles. Metronet will monitor and maintain CEL&P equipment as part of the agreement.

Metronet, established in 2005, serves 14 communities in Indiana. They will acquire approximately 2,600 customers in Crawfordsville. When the transaction was approved by the City Council in November 2013, the Journal Review quoted Metronet leadsership:

“We think Crawfordsville is a great fit for us,” Metronet representative Steve Biggerstaff said. “This is a great day of celebration for us, as well. We commend you on your vision and we look forward to continuing providing a top-notch fiber network.”

Local Accelplus customer Roger Thacker, expressed dismay in his letter to the Journal Review. It seems his experience with a local, accountable, responsive publicly owned network raised the bar. Based on all the reports we have seen (and our own experience with Comcast), we emathize with Roger:

I like Accelplus over Comcast. When there is a problem I can call the local office and the problem is fixed that day, and you get a live person on the other end. Unlike Comcast you call a toll-free number and your call goes to another state or to Canada. Then it takes them a week to fix their Internet or cable. With Accelplus you call a local number and they are there. In my opinion Accelplus is successful. It is sad to see them sell out to an outsider. I just hope we get the same service as we did with Accelplus. 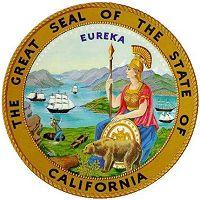 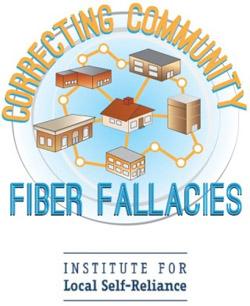