In early December, the city of Cortez, Colorado, released a request for proposals in their search for a private sector partner to help bring last mile fiber connectivity to premises throughout the community. The city is seeking a way to bring high-quality Internet access to the entire community, but will not expand it’s municipal fiber infrastructure. They’re looking for ways to overcome some of the same challenges other small communities face as they attempt to improve local connectivity to every premise.

Smith told us that the city is at a crossroads and community leaders think that a public-private partnership (P3) might be the quickest way to get the people of Cortez better services they’re looking for at the affordable rates they deserve. The city faces the challenge of funding the expansion. Approximately $1 million from the Colorado Department of Local Affairs (DOLA) funded the Cortez middle mile infrastructure and connections to community anchor institutions (CAIs), including schools, healthcare facilities, and municipal facilities. Cortez is not able to obtain more grant funding from DOLA for last mile expansion.

When we spoke with Smith in June 2018 for episode 310 of the Community Broadband Bits podcast, he described how the city was contemplating a sales tax to fund the expansion, rather than the more common revenue bond funding. Smith explains that, if Cortez decided to go that route, their decision would trigger Colorado’s Taxpayers’ Bill of Rights (TABOR) regulations. Due to the time requirements, any ballot measure on such a funding mechanism could not be voted on before 2020. Once the measure is on the ballot, the city would not be able to promote it in accordance with Colorado law. If Cortez decided to ask local voters to support funding Fiber-to-the-Home (FTTH) with a sales tax, says Smith, the city would have to wait 4 – 5 years before they could promote the service. A survey in Cortez revealed that 64 percent of respondents supported a sales tax to fund expansion of broadband infrastructure to households and more businesses, but community leaders aren’t comfortable waiting so long to bring better connectivity that is so desperately needed and feel that any services offered by the city would need more marketing to attract enough subscribers.

Smith also referred back to the feasibility study that Cortez commissioned earlier this year. The study recommended a single provider model due to the small size of the community. The study also revealed that the network would take approximately $10 – $14 million to deploy and might not become cash positive for up to 25 years if Cortez chose to using revenue bonds to fund deployment. Read the full feasibility study.

The city also wants to provide ample opportunity for private sector providers to develop the connectivity Cortez needs. According to Smith, “the fiber network is not going away,” and the city has no rigid plan for a type of partnership. They’re going to review the proposals that come to them and decide what’s next. “It gives us an opportunity to see how we can get this network built quicker and possibly without a sales tax and still – I call it a win-win – and still provide the level of service and services that fiber can offer,” Smith said.

Learning from the Pilot

Earlier this year, the city announced that they were developing a pilot project, as many communities do, in order to determine interest, challenges, and logistics of operating a FTTH network. When we spoke with Smith last summer, Cortez was fully engaged in their pilot to a limited number of premises. The experiment was a success, says Smith —  it gave the city the information they needed as they move forward. They now know what back office systems and staff are required and have insight into what is needed. They’ve also shown to any potential partner that people are interested and want the service.

Listen to episode 310 of the Community Broadband Bits Podcast to learn more about the pilot and the network.

Funding Always Seems to Be An Issue

With around 8,700 people, the large national incumbent providers won’t invest in a community with low population density, but many federal grants are now going to areas that have even lower populations than Cortez. In a follow up article in the Journal, executive director of Colorado’s Southwest Council of Governments Miriam Gillow-Wiles addressed both the critical need for high-quality Internet access in places such as Cortez and the frustrating lack of funding to develop those networks.

“How not having broadband impacts communities and citizens is much wider ranging than most people think,” said Miriam Gillow-Wiles, executive director of Southwest Colorado Council of Governments. “We think of broadband like, ‘Oh I want to do email, I want to watch Netflix,’ things like that. … But it is also access to education, it is access to workforce, it is access to the justice system in a lot of ways.”

“Everything you think of, some aspect of it is based in connectivity,” Gillow-Wiles said.

Gillow-Wiles helped the city obtain the initial $1 million from DOLA to build out the existing infrastructure, but feels federal funds awarded to large companies such as CenturyLink would be better spend in places like Cortez.

“We give a lot of money to really big companies that don’t necessarily know what the challenges on the ground are or are not invested in the communities,” Gillow-Wiles said. “We just need more infrastructure to bring access to people’s residences and businesses. The hard part is the cost and the willpower.”

“If the federal government would step up and say, ‘We have subsidies for providers,’ and not just give them to the cable providers who already don’t do the service anyway but they’re taking the money, we’d all be better off,” Dougherty said.

Responses to the Cortez RFP are due January 18th. 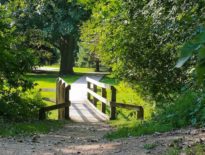 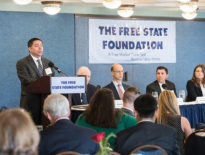