Walmart has been generating some impressive-sounding headlines on the environment lately. After making a heavily publicized announcement on energy use earlier this month, the giant retailer garnered headlines such as “Walmart Will Increase Use of Renewables 600%” and “Walmart Targets Ambitious Renewable Energy, Energy Efficiency Standards.”  Last week, with the release of its 2013 Global Responsibility Report, Walmart was hailed as a leader on sustainability by some in the green press, including Triple Pundit, which described Walmart’s progress on the environment and its report as “impressively comprehensive.”

But a closer examination of what Walmart is and isn’t doing reveals a company that in fact lags its peers on renewable energy and is contributing a large and growing volume of climate change pollution to the atmosphere.

Walmart derives only 4 percent of the energy used to power its stores from its wind and solar projects.  Although Walmart’s sheer size means it uses enough renewable energy to land a place on the EPA’s list of top 20 retail users of green power, almost all of the other retailers on this list derive a larger share of their energy from renewables.  Some, like Kohl’s and Staples, get all of their electricity from renewable sources.  Others, like McDonald’s (30 percent) and Starbucks (70 percent), are way ahead of Walmart.  Even if Walmart increased its renewable power by 600 percent today, it would still trail most of the companies on this list, not to mention many small independent retailers who have already made the leap.  And Walmart says it won’t reach that target until 2020.

One telling fact that Walmart neglected to mention in its big announcement is that its use of renewable energy actually declined in 2012.  In its 2013 Global Responsibility Report, the company explains that it was “unable to renegotiate an expiring contract [for renewable power] with competitive pricing.”  It made a similar statement in its 2012 report when it explained its slow progress on switching to renewable power by noting, “It has sometimes been difficult to find and fund low-carbon technologies that meet our ROI [return-on-investment] requirements.”

In other words, Walmart is interested in shifting away from fossil fuels only if it can do so at little or no cost and without any impact on its profits.  It’s not that Walmart can’t afford to do more; it just doesn’t want to. Walmart generated $16 billion in profits last year.  The Walton family, which owns roughly half of Walmart stock, have wealth equal to the wealth of the bottom 42 percent of all Americans.

Far more concerning still is what a close reading of Walmart’s energy announcement reveals about the company’s intentions with regard to climate change pollution.  The bottom line is that Walmart’s energy efficiency and renewable power plans are far too small to keep up with its growth plans.  In its announcement, Walmart indicated that it expects its climate change emissions to continue growing through 2020 and beyond.

Science has made it clear that we must do more than simply slow the growth of greenhouse gas emissions.  We have to stop the growth and then reverse it to avoid catastrophic climate impacts.  Walmart even acknowledges this. “The science is in and it is overwhelming,” said Walmart’s then-CEO Lee Scott in a 2005 speech introducing the company’s sustainability campaign. “We believe every company has a responsibility to reduce greenhouse gases as quickly as it can.”

And, yet, over the last eight years, Walmart’s greenhouse gas emissions have risen 14 percent, reaching 21 million metric tons per year, according to data the company has filed with the CDP, formerly known as the Carbon Disclosure Project.

What’s more, when it files these disclosures, Walmart only counts some of the climate pollution it generates.  It doesn’t, for example, include the pollution from ocean shipping, which is a significant and rapidly growing source of climate pollution.  Nor does Walmart account for the pollution created by clearing land for development and building stores.  This year alone, Walmart plans to build at least 36 million square feet of new stores worldwide.

Growth is what really matters to Walmart.  Sustainability is not the goal, rather it’s a strategy for keeping the growth machine going.  Good headlines on green power distract from the deeply damaging aspects of Walmart’s business model and create just enough positive public opinion to keep its expansion plans, here and abroad, on track.

To take real responsibility in the face of the climate crisis, Walmart has to be willing not only to do more, but to change the way its operates. It has to be willing to forgo profits now for a faster shift to renewable power.  It has to stop building auto-oriented stores on undeveloped land.  It has to shift to sourcing goods regionally and locally. It has to design products that are long-lasting and not, as so much of what Walmart sells, on a fast track to a nearby landfill.

And, most of all, Walmart has to focus its strategy on being a better company, not a bigger company. After all, if nature has taught us anything about resilience and adaptability, it’s that diversity is essential.  Walmart already controls 25 percent of U.S. grocery sales and dominates production and distribution of a sizable share of the globe’s goods. That’s more than enough.

On Climate, What Walmart Says vs. What It Does

Media Coverage How Much Do Cash Mobs like Shaker Heights’ F… 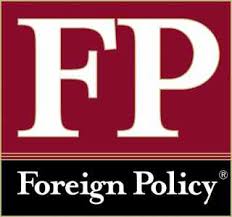