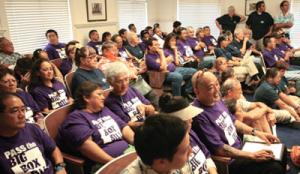 In May 2007, Kauai became the first Hawaiian island to prohibit big-box stores by instituting an island-wide store size cap of 75,000 square feet.

Home to 60,000 people, Kauai is the fourth largest island in Hawaii.  It has been under intense development pressure and is already home to Kmart, Home Depot, Costco, and Wal-Mart.

After determining that “by centralizing services to the extreme, [big-box stores] contradict the very ‘smart growth’ policies that the island is seeking to follow in order to lessen its oil dependency and infrastructure costs, perpetuate walkable, bikeable small town communities and encourage and support small businesses that have been an integral part of the landscape,” the Kauai County Council voted unanimously to enact the store size cap law.

The law prohibits the construction of new big-box stores and blocks the expansion of those already open. It will prevent Wal-Mart from following through on a recently announced plan to convert its existing 119,000-square-foot store to a 200,000-square-foot supercenter.

The proposal drew support from independent grocers and other local businesses.   Supporters likened the measure to a long-standing law that prohibits buildings taller than a coconut tree (48 feet), which they say has served to enhance Kauai’s economy by protecting the island’s unique character.