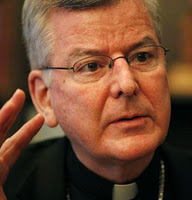 A few weeks ago John C. Nienstedt, Archbishop of St. Paul and Minneapolis wrote a widely publicized letter to a priest threatening to strip him of his “ministerial assignments” if he spoke out against a state constitutional amendment banning gay marriage.

In addition to banning dissent the Archbishop directed parishes to form committees to work for passage of the amendment and for clergy to recite a special “marriage prayer” during mass that endorses marriage between a man and woman.  He created teams consisting of a priest and a married couple who will educate high school students about the hellish implications of gay marriage.

I use the word hellish advisedly.  Indeed, in a letter to the clergy Nienstedt declares, “we are faced with one of the greatest challenges of our times…The stakes could not be higher.”

The stakes could not be higher?  Where does this frenzied opposition come from?  Nienstedt argues that he is simply following God’s instructions,  found “in the first chapter of Genesis” and in “the 19th chapter of St. Matthew’s Gospel”.

Let’s call these Exhibits A and B for the prosecution.

Exhibit A from Genesis.

The LORD God said, ‘It is not good for the man to be alone. …The LORD God caused the man to fall into a deep sleep; and while he was sleeping, he took one of the man’s ribsand then closed up the place with flesh. Then the LORD God made a woman from the rib he had taken out of the man, and he brought her to the man. The man said, ‘This is now bone of my bones and flesh of my flesh; she shall be called ‘woman,’ for she was taken out of man.’ That is why a man leaves his father and mother and is united to his wife, and they become one flesh. Adam and his wife were both naked, and they felt no shame. Genesis 2:18, 21-25.

To review. Adam was lonely so God made Eve.  Then the only two people on the planet had sex, which apparently automatically made them man and wife.   And that’s why the Church opposes gay marriage.

I think Nienstedt’s case might actually have been stronger if he had referred to another part of Genesis in which God tells Eve that because she ate the apple her husband “will rule over you.”(3:16) Clearly if two women or two men were to marry it would be very difficult to decide who would rule over whom?

Exhibit B from Matthew.

And the Pharisees came to him tempting him (Jesus) and saying: Is it lawful for a man to put away his wife for every cause? But he answering, said to them: Have ye not read, that he who made man in the beginning, made them male and female? And he said: For this cause shall a man leave father and mother, and shall cleave to his wife, and they two shall be in one flesh.Therefore they are no longer two, but one flesh. What therefore God hath joined together, let not man put asunder.…And I say to you, that whosoever shall put away his wife, except it be for fornication, and shall marry another, committeth adultery; and he who shall marry her that is put away, committeth adultery. (Matthew 19:3-6,9)

Any reader would quickly realize this passage is about heterosexual divorce not homosexual marriage.  Indeed, the passage is often cited to justify the Catholic Church’s refusal to allow divorced Catholics to have a Church wedding.  Unless they gain a Declaration of Invalidity. (Don’t ask.)

Matthew relates a story that makes Jesus’ judgment on those who would hoard wealth while others go hungry abundantly clear.

Then I, the King, shall say to those at my right, ‘Come, blessed of my Father, into the Kingdom prepared for you from the founding of the world.  For I was hungry and you fed me; I was thirsty and you gave me water; I was a stranger and you invited me into your homes; naked and you clothed me; sick and in prison, and you visited me.’

Then these righteous ones will reply, ‘Sir, when did we ever see you hungry and feed you? Or thirsty and give you anything to drink? Or a stranger, and help you? Or naked, and clothe you? When did we ever see you sick or in prison, and visit you?’ “And I, the King, will tell them, ‘When you did it to these my brothers you were doing it to me!’

Then I will turn to those on my left and say, ‘Away with you, you cursed ones, into the eternal fire prepared for the devil and his demons. For I was hungry and you wouldn’t feed me; thirsty, and you wouldn’t give me anything to drink; a stranger, and you refused me hospitality; naked, and you wouldn’t clothe me; sick, and in prison, and you didn’t visit me.’

Then they will reply, ‘Lord, when did we ever see you hungry or thirsty or a stranger or naked or sick or in prison, and not help you?’ “And I will answer, ‘When you refused to help the least of these my brothers, you were refusing help to me.’ “And they shall go away into eternal punishment; but the righteous into everlasting life.” (Matthew 25: 34-46)

Only a few paragraphs after the ones the Archbishop directs us to that he asserts condemn gay marriage, Matthew writes about how Jesus viewed the 1%. “Then Jesus said to his disciples: Amen, I say to you, that a rich man shall hardly enter into the kingdom of heaven. And again I say to you: It is easier for a camel to pass through the eye of a needle, than for a rich man to enter into the kingdom of heaven.”(Matthew 19:21-24)

I think I can safely say that Jesus was the first to Occupy Wall Street when he expelled the moneychangers from the Temple with a whip, accusing them of being robbers and thieves and victimizing the poor.  Indeed, Jesus was so enraged at the perfidy of these bankers that he used violence, the only account in the Gospels of his doing so. (John 2:13-16)

The Church does speak occasionally on issues Jesus most cared about—the plight of the poor and the needy and the weak and the immigrant.  Last year during the budget dispute Archbishop Nienstedt wrote to Mark Dayton asking him to “not rely on disproportionate cuts in essential services to those living in poverty.”  But he did not initiate committees to influence policies.  He did not ask for prayers at mass, nor classes on inequality.  He did not send teams into high schools to educate students about the dangers of inequality and the growing needs of the poor.

In the past two years, the Catholic Church has spent considerable resources opposing contraception and gay marriage but has expended little to extend unemployment insurance or raise the minimum wage or stop foreclosures or raise the income tax on the wealthy or curb the excesses of Wall Street.

At a time when the richest 400 American families have more wealth than 120 million Americans combined, when the average salary of a CEO of the nation’s largest companies is 343 times greater than that of the average worker in that corporation, when millions of Americans are losing their homes because of often fraudulent foreclosures, when domestic violence is soaring, does the Catholic Church really think Jesus would be spending his time trying to stop two people from making a life long commitment to one another?

Why Does Archbishop Nienstedt Believe Jesus Was Obsessed With Sex and Not Injustice? 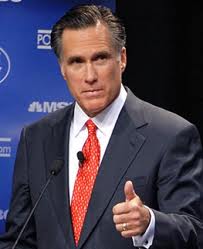 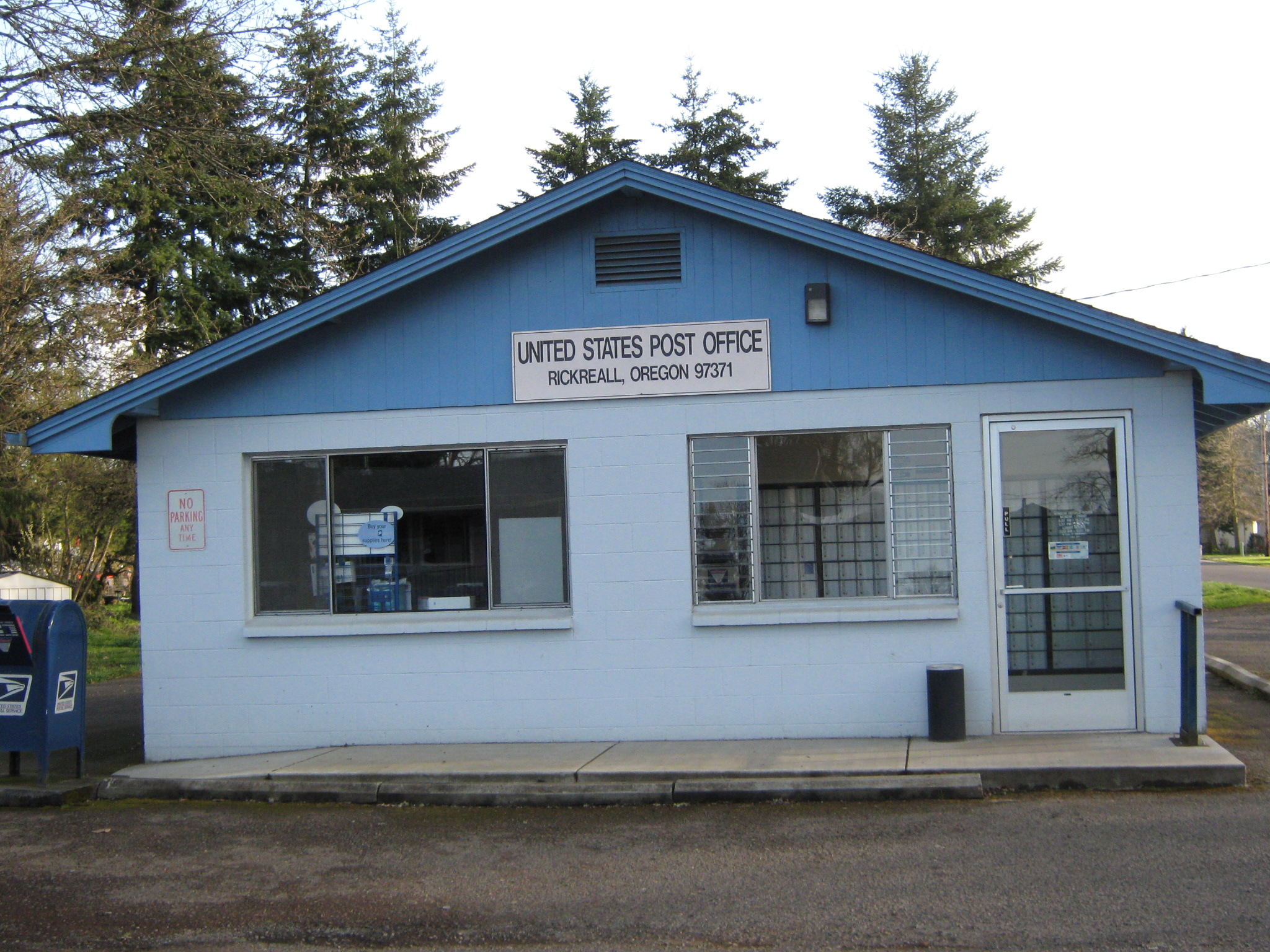