“We have to demand that our politicians put these supermarkets back where they belong: as servants of our society and not masters of it,” declared Tony Juniper, head of the U.K. organization Friends of the Earth, at a public forum held in London this month.

More than 250 people attended the forum, which was organized by a coalition of groups that have come together to counter the power of large retailers and to stop Wal-Mart’s attempt to dismantle a British planning policy that limits the construction of big-box stores on the outskirts of towns.

(ILSR participated in the forum and a briefing for Members of Parliament that proceeded it. Highlights of the event were captured in a 12-minute podcast produced by Action Aid.)

The provision of planning policy that Wal-Mart wants to see scrapped is known as the “needs test.” It says that communities may approve large out-of-town stores only if there is a demonstrable need for new retail and there is no way to satisfy that need with development in or adjacent to the town center.

Wal-Mart entered the U.K. in 1999, when it purchased the Asda chain of supermarkets. It now operates over 300 stores in the U.K. under the Asda brand and ranks as the country’s second largest retailer.

Wal-Mart’s performance, however, has lagged Wall Street expectations. Its market share, about 16 percent of British grocery spending, has not changed much over the last eight years.

From the beginning, Wal-Mart has grown in the U.S. by building massive stores that dwarf all of a town’s existing businesses combined and that are spaced relatively close together across a region. This strategy has been enormously successful, enabling Wal-Mart to overwhelm local economies and drown tens of thousands of small businesses in a sea of over-development.

Wal-Mart has had more difficulty employing this tactic in the U.K., because of Planning Policy Statement 6 (“PPS6”), which requires local governments to steer retail development into town centers and to limit such development on the outskirts unless there is a clear need.

PPS6 was enacted in 1997 after decades of sprawling development had already begun to erode Britain’s town centers and shift spending from local stores to big chains. Between 1970 and 1990, the percentage of new retail going into town centers plummeted from 85 to 34 percent.

PPS6 improved the situation, but it does not go far enough. The chains are adept at manipulating the process and pressuring town officials, according to a report by Friends of the Earth. Today, at best, only about half of new retail development is occurring in town centers. (For more of the history and politics of PPS6, read Peter Hetherington’s article in The Guardian.)

More alarmingly, in 2005, the big chains successfully lobbied the government to insert language into PPS6 that seems to imply that towns should make room for big-box stores: “Ãƒâ€¦”Larger stores may deliver benefits for consumers and local planning authorities should seek to make provision for them in this context.”

Now Wal-Mart is pushing the government to further gut PPS6 by removing the needs test. The chain argues that the policy helps Tesco maintain its 30 percent share of grocery sales by making it difficult for Wal-Mart to unroll a fleet of large, sprawling stores to compete with Tesco.

Wal-Mart’s position is supported by the Treasury Department, which released a report in December that contends that planning laws are a barrier to business. “Investors who are risking their capital and whose business it is to assess likely customer demand are likely to be better placed than local authorities to determine the nature and scale of demand,” the report states.

This assertion ignores the fact that, in the U.S., building far more retail space than consumer demand can support has long been a competitive tactic employed by large retailers””one that benefits stockholders but imposes very high costs on communities.

Nor is enlarging Wal-Mart’s British footprint a reasonable solution to Tesco’s market power, contends the Tescopoly Alliance, a coalition of nine organizations, including Friends of the Earth and the New Economics Foundation, that formed two years ago to challenge the rise of big retailers and provide technical assistance to dozens of grassroots groups across the U.K. that are fighting big-box development projects.

Tescopoly favors strengthening PPS6 and believes that the real solution to Tesco lies in policies that reduce the market power of the chains and rebuild a diversity of competing independent businesses. This view appears to have growing public support, evident in the increasing numbers of communities that are winning big-box fights and in the enthusiastic response to a new Shop Local First campaign launched by Friends of the Earth.

In addition to strengthening PPS6, the Tescopoly Alliance has five other objectives. One is to enact a binding code of conduct that would prevent large retailers from abusing farmers and other suppliers. Last year, the U.K.’s Competition Commission opened an inquiry into potential anticompetitive practices by the country’s top retailers. A similar investigation five years ago found widespread abuses, but a toothless Code of Practice instituted by the Office of Fair Trading at that time has not resolved the problems.

The Tescopoly Alliance is also advocating for an independent watchdog to protect the interests of local retailers and farmers, rules to protect workers, and a block on all retail mergers. The latter policy is particularly crucial in light of Wal-Mart recent intimation that it may make a bid to buy the U.K.’s 3rd largest chain, Sainsbury’s. Such a merger would give Wal-Mart about one-third of the British grocery market, larger than Tesco’s current share.

Retail Where to Start: How to Stop a Big Box 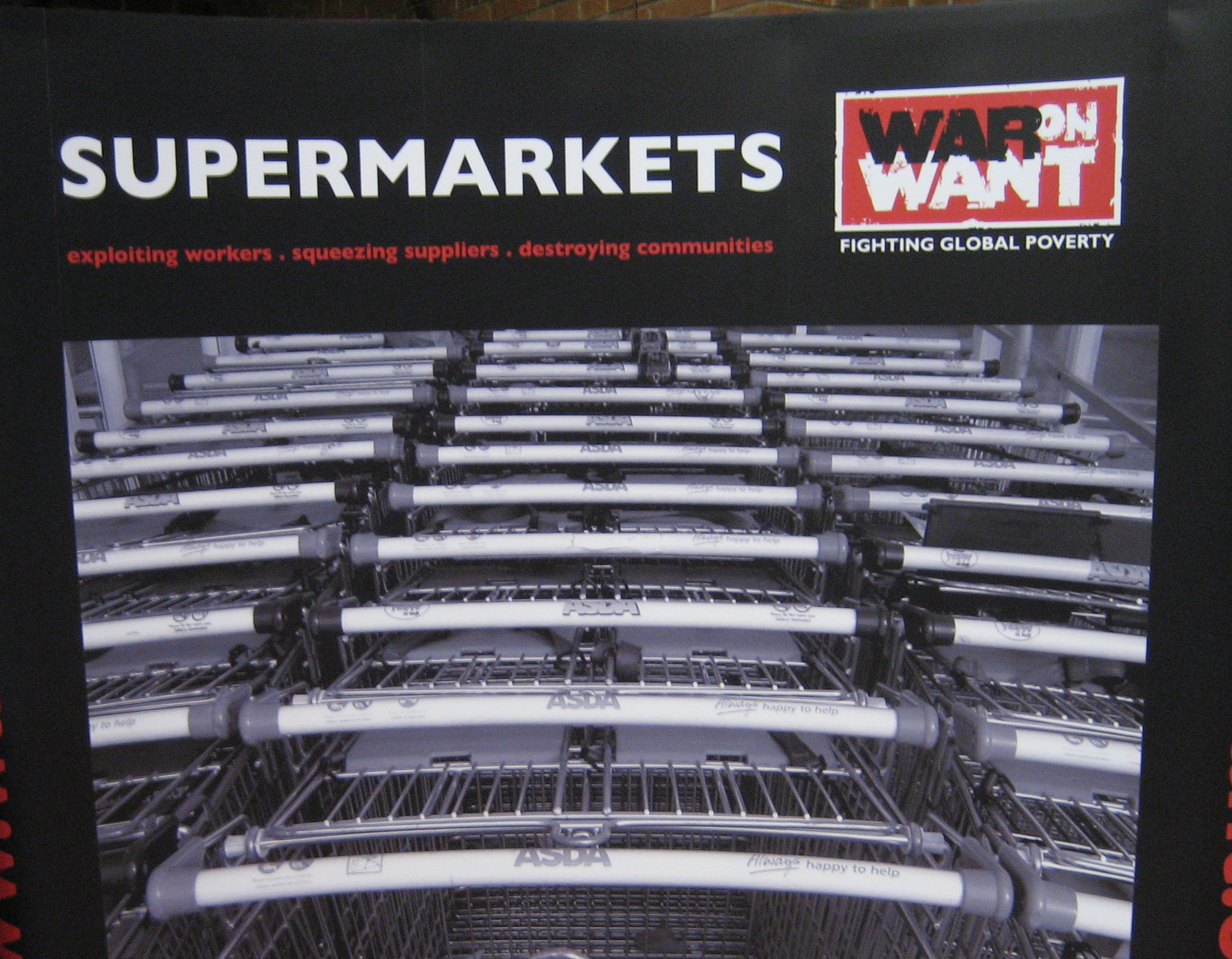