HiLight — Hillsboro, Oregon’s (pop. 105,000) citywide Fiber-to-the-Home (FTTH) network — has officially launched and begun connecting its first subscribers. After five years of consideration and planning, it’s an exciting moment, with hundreds of homes and businesses brought online over the last few months. Over the next seven years, at least $28 million will be put towards the rollout, bringing the municipal network to tens of thousands of locations across the city.

Hillsboro sits just outside of Portland, and has been looking for better connectivity options for years. A large proportion of its population is comprised of tech workers and residents with advanced degrees; the city, in fact, anchors the state’s Silicon Forest, so named for the group of technology firms employing tens of thousands of workers across three Intel campuses as well as operations by Oracle, Salesforce, Epson, and Synopsis. A citywide fiber network serves to provide competition and capacity to keep them in the area:

Hillsboro is the tallest tree in the Silicon Forest and the center of Oregon’s high-tech cluster. With an affordable high-speed network, Hillsboro’s homegrown talent — our students and entrepreneurs — will be better positioned to lead the world in innovating for the future. Hillsboro will continue to attract and retain talent and be a hub for innovation.

But Hillsboro also faces a stark digital divide fueled by economic inequality, and bridging it has been one of the city council’s (and now the network’s) main agenda items. This has driven the project’s second focus: bringing affordable, high-quality access to economically vulnerable residents stuck with no quality options today. It’s why the city has introduced one of the fastest low-cost access program we’ve seen established by any broadband network in the United States, with qualifying families getting access to symmetrical gigabit service for $10/month.

Putting Glass in the Ground

We’ve been following Hillsboro’s journey over the past few years. In 2014, the city council began studying options for a municipal network, driven in part by the expansion of Google Fiber across the country. It commissioned a feasibility study in 2015, but saw a renewed focus in 2018 after the Hillsboro School District successfully bonded for its own fiber project. The two endeavors were ultimately combined, and a citywide municipal Fiber-to-the-Home (FTTH) network serving government buildings, school facilities, and every home and business in the city coalesced into HiLight.

Construction officially began in the spring of 2019 and the backbone was finished a year later in June 2020. HiLight is a Gigabit Passive Optical Network (GPON) comprised of a 66-mile underground backbone feeding five fiber huts at present. This backbone connects 44 school facilities and almost 20 government buildings.

General Manager Brad Nosler and Information Services Director Greg Mont shared in an interview that expansion citywide is focused in two areas, initially. The first is South Hillsboro, and includes roughly 8,000 new-development homes where conduit and fiber installation will be relatively straightforward. That work continues and is expected to be done in 2021.

The second area is around Shute Park, a 13-acre recreation site in the southwest corner of the city. This portion of the build, known internally as Phase 1a of the construction, consists of about eight and a half miles of fiber, two-thirds of which are aerial with the remaining underground. Construction began in July 2020 and was complete by January 2021, with the first users brought online in October. To get the word out, the network put out door hangers and mailed flyers to both residential and commercial premises. To incent businesses and homeowners to sign up as they move through the project areas, the network is offering free installation to residential subscribers for the first three months after activation in each area.

HiLight’s deployment hasn’t been without its challenges, as the network has had to contend with hanging fiber on 100-year-old utility poles and negotiating passage across railroad tracks and private roads. Progress was also delayed the middle of last year when the pandemic disrupted supply chains from China and hindered its ability to get the air conditioners needed to cool the fiber huts. The city anticipates being 10 percent done by the end of 2021, hitting roughly 5,000 premises. By early December it was passing about 1,300 homes and businesses and bringing the first users online.

Initial funding for the first phases of HiLight’s buildout comes from a pot of discretionary funding that the city earmarks for one-off projects (as opposed to ongoing programs), with subscriber fees serving to accelerate rollout as HiLight proceeds. Hillsboro has committed $4 million per year in capital for the first seven years and expects to finish the network in about ten years.

Much of the originating drive behind the HiLight network came from making sure that every resident in the city of Hillsboro would have equitable access to fast, affordable service. In pursuit of that, Nosler and Mont shared, choosing Shute Park as the first site for expansion was no accident. Hillsboroers there face some of the biggest economic obstacles of any in the state. Washington County’s median income, according to American Community Survey 5-year data from 2015-2019, is $82,000/year, with 9 percent of the population living below the poverty line. That number jumps to almost 20 percent for households with children ages 6 to 17. Comparatively, the Shute Park block group as a whole has a median household income of just $44,600. Households on the east and west sides of the area particularly hard-pressed, with yearly incomes of $39,900 and $37,400 respectively, while their neighbors to the north and south of Shute Park pull in $83,000 and $89,000.

Families are able to qualify in a number of ways. They are eligible if they fall below 185 percent of the federal poverty level, or if they are already participating in any of a host of federal and state programs, including: SNAP (Supplemental Nutrition Assistance Program), TANF (Temporary Assistance for Needy Families), the Oregon Health Plan/Medicaid, the Free/Reduced School Lunch Program, LIHEAP (Home Energy Assistance), WIC (Women Infants and Children), or if they received a HUD Housing Choice Voucher.

For context, those in Washington County on SNAP have a median income of $34,400, compared to $87,100 for those families not on SNAP.

One of the consequences of this is that all of the city has access to gigabit speeds (asymmetrical service through Comcast and symmetrical service via Ziply), the city says that adoption rates in Shute Park are the lowest in the entirety of Hillsboro. Contributing factors here include digital skills and desire, but price remains the single biggest obstacle.

HiLight’s answer to the digital divide is its Bridge program, which offers symmetrical gigabit connections for $10/month to qualifying families, including installation and free managed Wi-Fi. By comparison, Comcast’s Internet Essentials in the area costs the same for 50/10 Mbps service.

The Bridge program’s implementation also speaks to the thoughtfulness of network leadership. HiLight is working with three local nonprofit partners (Salvation Army, Centro Cultural, and Community Action), to determine eligibility, facilitate utilization, and document qualifying information by families so that the city isn’t forced to retain economic data about participating households. Residents simply contact one of the partner organizations, who verify eligibility and send HiLight an email. The network then reaches out to families within 24 hours to get them connected. Families have to requalify for the program every 12 months.

This access to HiLight is going to mean a lot to families that have not had Internet access that they can afford.

Bringing service first to Shute Park, where there is an average disparity of $50,000 in income for families living within just blocks of one another, demonstrates a dedication to equity and social justice which will immediately benefit families who need it most. This is highlighted by the fact that the Bridge program is being launched right from the start while revenues are just beginning to come in.

The HiLight team is eager to expand and bring more homes and businesses online as it works internally to familiarize team members with the workflow necessary to operate what will be a citywide FTTH network. HiLight is using its own staff for installers, but utilizing contract partners for some of its splicing work. It is also relying on third-party vendors for its billing system and using an external partner for its voice service. In the meantime, the network has begun planning for Phase 1b around Shute Park, conducting pole make-ready and Right of Way work.

As it expands, HiLight will bring increased capacity, resiliency, and offer additional tools to both the local government and the school district. While Hillsboro has been transitioning over to fiber for the last two decades, the new citywide network will enable them to undertake smart city projects from the top of its traffic lights to the Jackson Bottom Wetlands Preserve. Once complete, it will be one of the biggest municipal networks in the country, rivaled in size only by the FTTH networks in cities like Chattanooga, Tennessee, and Lafayette, Louisiana.

HiLight’s base tier for residents is symmetrical 1 Gigabit per second (Gbps) service for $55/month. It also offers 2 Gbps, 3Gbps, and 4 Gbps for $125/month, $200/month, and $300/month, respectively. Business subscribers can choose from tiers offering the same speeds, but also negotiate faster enterprise-level service if needed. Users can opt into managed Wi-Fi services for $5/month, unlimited voice for $20/month, and an array of other a la carte services.

Check out their welcome video below:

Special thanks to GIS and Data Visualization Researcher Michelle Andrews for facts and figures to support this story. 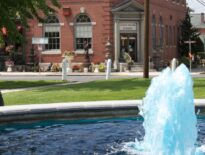 MuniNetworks Outside Gettysburg, a Battle for Better Broadband… 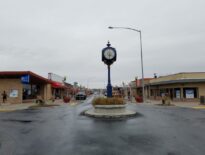