When tickets to Taylor Swift’s Eras tour went on presale, the megastar’s ticketing partner, Ticketmaster, “bowed and crashed under the weight of the demand,” Senior Researcher and Writer Ron Knox wrote in Slate. He goes on to explain how the shocking collapse of Swift’s tour ticket presale was an inevitable failure of the monopoly Ticketmaster.

In 2010 the U.S. Justice Department approved Ticketmaster’s takeover by live music conglomerate Live Nation, giving the combined company the ability to “control every element of a major tour, from the talent to the tickets.” Today, Ticketmaster controls more than 70 percent of ticketing at major concert venues. With this high-level of market power, Live Nation can tack on exorbitant fees to Ticketmaster tickets, provide a nearly-unworkable service to fans, and bully small venues by threatening to withhold tours and artists unless they use Ticketmaster.

Despite the 10+ years since the approval of the merger, the recent collapse of Ticketmaster has prompted regulators to question the merger and the company’s monopoly power today. Not only are antitrust hawks revisiting the deal, but the Swifties (Taylor Swift’s fanbase) are organizing to pressure the Justice Department to break up Ticketmaster. As Ron concludes, “Certainly collective action matters when fighting corporate power. But at the end of the day, this one is on the government,” calling on the DOJ to correct its past mistakes and break up Live Nation’s live music monopoly.

In Slate: Radicalize the Swifties 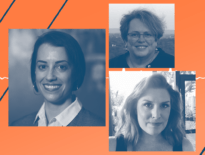 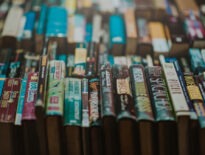