For the first time in more than 20 years, the Federal Trade Commission (FTC) has initiated a series of public hearings to examine whether it should be doing more to check concentrated economic power.

The move marks an encouraging development amid growing concern that consolidation is choking off economic opportunity and compromising democracy. Many industries are now controlled by just two or three corporate giants — think of CVS and Walgreens, or Delta and American Airlines. There’s mounting evidence that these dominant firms are using their power to keep workers’ wages stagnant and exclude small businesses from competing. Meanwhile, big tech firms such as Amazon and Google have emerged as all-powerful gatekeepers to online information and commerce.

The FTC’s chief purpose is to enforce our antitrust laws, a responsibility it shares with the Department of Justice. The FTC in particular was designed to have flexibility to adapt to economic and technological changes. When Congress created the agency in 1914, it gave the FTC broad authority. “It is impossible to frame definitions which embrace all unfair practices,” notes a 1914 Congressional report, which emphasizes the FTC’s role in adapting to evolving circumstances and heading off new anticompetitive practices “in their incipiency.”

This flexibility puts the FTC in a special position to respond to the rise of dominant tech platforms, and to examine whether sweeping changes in antitrust enforcement made in the 1980s were a mistake. In announcing its “Hearings On Competition and Consumer Protection in the 21st Century,” FTC Chair Joe Simons said the agency is “committed to self-examination.”

For much of the 20th century, up until the Reagan presidency, the FTC and Justice Department took an active role in battling corporate power. They blocked mergers that would give corporations too much market power and policed anti-competitive behavior like price gouging and wage fixing. This changed beginning in the 1980s, when the FTC adopted a more permissive philosophy known as the “consumer welfare standard.” Under this approach, the agency allows big mergers and acquisitions to take place if they are deemed economically efficient, with little consideration of how a newly merged corporation might harm the public interest.

The “continued viability of the consumer welfare standard” is among the topics the FTC plans to consider during the hearings, which will begin in September and continue over several months. Other main topics defined by the agency include the antitrust implications of big data and the power of technology platforms such as Amazon.

The Institute for Local Self-Reliance has submitted two sets of initial public comments to the FTC in advance of these hearings. ILSR’s first set of comments point out the steep decline in small business formation over the past few decades. As ILSR notes, between 2005 and 2015, the number of small, independent retailers — those with fewer than 100 employees — fell by 85,000, while small manufacturers saw their ranks decline by 35,000. In addition, the number of new firms created each year has fallen by nearly two-thirds since 1980. Drawing on research in the pharmacy, broadband, and retail sectors, ILSR argues that “this drop is at least partly due to anticompetitive behavior by dominant corporations.”

ILSR further notes that the FTC’s narrow focus on economic efficiency when reviewing mergers and enforcing antitrust laws does not protect competition or the public interest, and has resulted in the concentration of economic power in fewer and fewer hands. In particular, the consumer welfare standard has failed to address “harms that affect people as producers of value (as workers, farmers, business owners, and so on).” A growing body of academic work has linked concentration with rising inequality, a phenomenon that the FTC’s consumer-focused approach of the past 30 years seems to have missed. Finally, the FTC’s default assumption — that larger, more efficient firms carry more consumer benefits — overlooks “the distinct benefits that smaller-scale enterprises deliver.”

“We believe the public interest would be better served by an antitrust enforcement standard that emphasizes market structure, maximizing competition, and ensuring low barriers to entry,” ILSR states.

ILSR’s second set of comments make the case that Amazon has been engaging in anticompetitive behavior. Drawing on ILSR’s years of in-depth original reporting and research on this subject, along with the work of antitrust experts like Lina Khan, ILSR outlines how the online giant has taken advantage of our country’s overly permissive antitrust enforcement regime to illegally and unfairly undermine competition. As ILSR points out, “firms that once drew sufficient consumer traffic from search engines to their own sites are now compelled to become third-party sellers on Amazon’s Marketplace — or forego access to a majority of online shopping traffic.”

Amazon is intentionally trying to position itself as the infrastructure for all commerce. As a result of this strategy, many small and independent businesses must rely on Amazon to reach the market. This, as ILSR points out, allows Amazon to gather data on their products and transactions. Amazon then uses this information to expand its own operations and undermine sellers as competitors by, for example, launching its own identical products and displaying them more prominently in search results on its site.

ILSR also notes that Amazon has made a several acquisitions that have helped entrench its dominant position. “These mergers all won quick approval from federal antitrust enforcers and offer striking examples of how antitrust enforcement has thus far failed to recognize the distinct nature and consequences of platform business models,” ILSR argues. Zappos, the shoe retailer, and Diapers.com were thriving competitors until Amazon acquired them by selling first shoes and then diapers at steep losses to force the companies to the table. This strategy of Amazon’s — selling goods at a loss in order to weaken rival businesses that lack the same financial resources — is illegal under our antitrust laws. However, as ILSR notes, competition enforcers like the FTC have been unwilling or unable to hold the company accountable for its predatory conduct.

Amazon’s recent acquisition of the grocery chain Whole Foods, a deal that was approved by the FTC without even a second look, will only entrench Amazon’s market power further. As ILSR points out, this deal gave Amazon a “stream of new data about the offline behavior and transactions of consumers,” while also adding an offline incentive for Amazon Prime members to stay with the service. Additionally, Amazon is using Whole Foods stores to build out its delivery infrastructure, giving the online giant a structural advantage over potential rival e-commerce platforms.

“We urge the FTC to examine Amazon’s platform power and the conflicts of interest inherent to a situation in which a company controls market access for its competitors and the terms they’re subject to for that access,” ILSR states. “As part of this process, we look forward to sharing additional comments on what we see as the elements of an appropriate structural remedy.”

ILSR believes these upcoming hearings present an important opportunity for the FTC to examine the consequences of monopoly platforms and lax antitrust enforcement, including the impact on local communities and democracy.

The FTC will be asking for comments throughout these hearings, creating multiple opportunities over several months for people to weigh in on the state of antitrust enforcement. In its comments, ILSR encourages the FTC to hold hearings outside of Washington, D.C., and to include independent business owners, workers, farmers, and other people directly affected by the trend toward concentration. The first hearings have been scheduled for September 13-14, 2018, with details available on the FTC’s website.

At the Independent Business initiative at the Institute for Local Self-Reliance, we research and advocate for policies that strengthen independent businesses and reduce the power of dominant corporations. Check out more of our work, and sign up for our monthly newsletter so that you don’t miss our latest research. 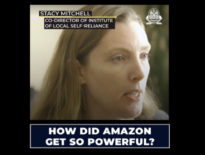 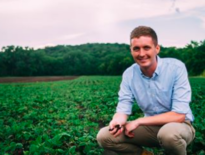