Tucked away in Kishacoquillas Valley (also known as Big Valley) between Stone and Jacks Mountains lies a 120-foot repurposed HAM radio tower, now the base of operations for the Rural Broadband Cooperative (RBC), a group bringing fixed wireless to a rural Pennsylvania community. RBC remains one of the many groups around the country making use of community ties to address connectivity issues in places where monopoly Internet service providers have for decades refused to invest.

RBC’s effort began in 2017. When asked about bringing high-speed broadband to the area,  Comcast replied that it would need $80,000 to lay a line half a dozen miles long, according to one founding member of RBC. So the group — among them a retired professor, a former telecommunications manager, and a musician — formed the non-profit cooperative and moved forward with a different plan.

They leased a patch of land 1,900 feet up on the side of Stone Mountain with a view over the crest and a repurposed former HAM radio tower to bring low-latency fixed wireless Internet to the area. In total, the effort cost $60,000, with the money raised by the cooperative’s initial members. The tower itself is run by solar and wind, with a battery backup. The group’s backhaul connection comes from a 100 gigabit fiber line from Keystone Initiative for Network-Based Education and Research.

Most of those living within a 15-mile radius of the tower can receive service, with those lacking direct line-of-sight still eligible so long as they can establish a connection to neighbors with two or fewer degrees of separation.

Currently, RBC offers two tiers of service: a basic connection clocking in at 5 Megabits per second (Mbps) download and 1 Mbps upload for $40/mo, or a 25/3 Mbps connection for $75/mo. New customers also pay a one-time $300 setup fee. It’s a far cry from the $100/mo for 3 Mbps connection some area residents are stuck with.

According to the Federal Communications Commission (FCC), approximately 600,000 Pennsylvanians don’t have access to broadband. However, in June 2019 we co-authored a report published by the Center for Rural Pennsylvania which showed that the FCC data dramatically overstated not only access to broadband but also real speeds, in both urban and rural areas in the state.

The Southern Alleghenies Planning and Development Commission recently initiated a broadband study to address what it estimates could be as many as 100,000 people living in the region with inadequate access. It estimates that up to 10% of those living in six rural counties in the central and southwest part of the state suffer from poor or no connection options.

Right now RBC serves more than two dozen homes and businesses. The group plans to expand in the future to other communities, including McAlevy’s Fort, with a second tower planned for this summer.

This article was first published on ILSR’s MuniNetworks.org. Read the original here. 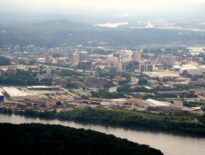 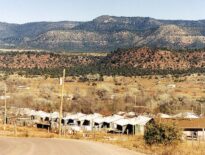