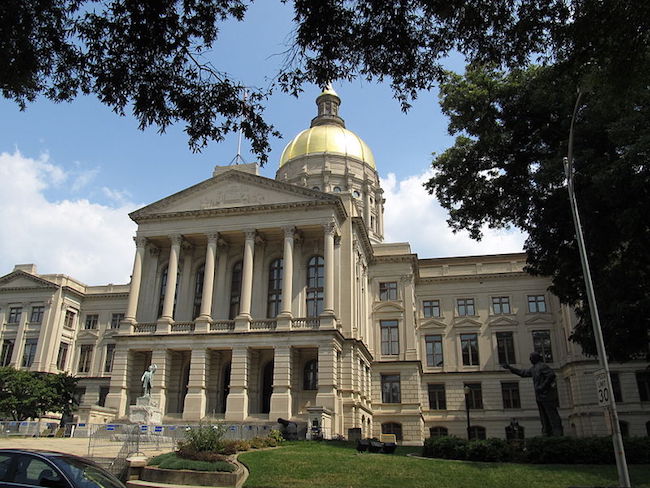 Federal Communications Commission (FCC) mapping has long been criticized for inaccuracies. Now, state and local initiatives are taking up the challenge of poor broadband mapping and developing ways to create their own maps that better reflect the reality of broadband coverage in their communities. The Georgia Broadband Deployment Initiative (GBDI) recently showcased several county-level maps they’ve developed that provide the detail that FCC maps lack.

As experts have noted, FCC data on which maps are based are inadequate because their foundation is based on census blocks. If one premise in a census block can be served by an Internet access provider, that provider will report on the Form 477 that the entire census block is served. In rural areas where census blocks can be very large tracts of land, this can leave many premises indicated as served but actually unserved.

We developed this graphic to illustrate the issue:

When local communities apply for funding that’s based on the need to connect unserved and underserved premises, they can be disqualified due to incorrect mapping data. For local leaders who need to get their communities connected and expect to apply for grants and loans, FCC mapping can derail their funding and delay or end a proposed project.

This past August, the FCC announced that they will finally take steps to improve mapping and began seeking comments on the new Digital Opportunity Data Collection. Read the announcement [PDF].

In Georgia, the GBDI sought to obtain information on a more granular level to obtain an accurate representation of where residents and businesses need to be connected and where they lack the kind of connectivity they need.

According to GBDI Director Deanna Perry, staff developed a database of all premises located within the targeted counties they chose to map first. They obtained the information from county and municipal officials to understand which were commercial, single-family, or multi-dwelling units. Next, the State of Georgia needed to develop specific agreements with seven Internet access companies that provide service in Elbert, Lumpkin, and Tift Counties, the places they chose to begin the mapping process.

GBDI defined “unserved” locations as those where none of the providers operating the three counties could establish Internet access of 25 Megabits per second (Mbps) download and 3 Mbps upload — the current FCC defined “broadband” speed — with 10 days of an order. Because Internet access providers had not been required to provide this level of information in the past, they needed time to identify and report the specific locations that fell within that category.

The GBDI used an approach similar to the method used by USTelecom for a mapping pilot project in Missouri and Virginia. The method involves crowdsourcing and a “fabric” approach. Learn more about the early results of the pilot study here.

Reporting to the State

The initiative is part of the Achieving Connectivity Everywhere (ACE) Act, passed in 2018. On September 11, 2019, Perry reported the early mapping progress, which is part of a larger plan to expand broadband in the state, to the House Rural Development Council on September 11, 2019. As part of her presentation, she shared the first three county-level maps that the GBDI mapping team had developed. They show the stark contrast between FCC maps and the granular Georgia maps: Image from of Georgia Department of Community Affairs.

“This is one of a kind mapping. This has not been done by any other state. Hasn’t been done at the federal level,” she said. “But what we do know is there is a big push because everyone knows that the FCC maps are inaccurate. And where that is problematic is those maps are used for funding purposes. So if you are considered served, but when you, in fact, aren’t, you won’t be eligible for those funds at the federal level….We’re definitely on the right track.”

Perry estimates that statewide maps from the GBDI will be completed in the summer of 2020.

Review the rest of Perry’s materials on the Initiative here [PDF].

Watch Perry’s presentation about mapping, funding, and the other aspects of the program here:

Image of the Georgia Capitol by Ken Lund [CC BY-SA 2.0] 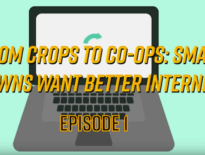 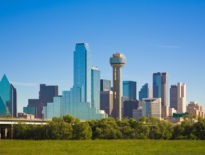