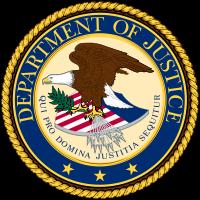 We have long argued that smart antitrust policy promotes investment and competition in the market. Allowing a few firms to consolidate too much power allows them to ignore our needs because we lack alternative service providers. In economic terms, they can use their market power to prevent market entry from innovative new firms.

Harold Feld recented provided more empirical evidence for our view by comparing the present cellular wireless market against that of 20 months ago. He notes new investment from abroad in T-Mobile and Sprint and that U.S. Cellular plans to expand its footprint; AT&T is planning upgrades in its spectrum holdings. Bottom line - investment is starting to happen, which was not the case a year ago.

Feld breaks out details in FCC and DoJ activities to show the relationship. In addition to the DoJ and FCC mutual block of the AT&T/T-Mobile deal, Feld notes the FCC's new attitude regarding regulatory reform. From the Feld blog:

On top of this, the FCC sudden[ly] started getting all serious about regulatory reforms designed to keep carriers other than AT&T and Verizon in the game as serious players. This included not just the long-awaited data roaming order (which now looks like it will probably survive review by the D.C. Circuit after all), but also revisiting special access, 700 MHz Interoperability, and renewed interest in clarifying the spectrum screen/possibly reviving the spectrum cap. While the last three are still in progress, the fact that the FCC is even talking about them in a serious way is so radically different from what folks expected at the beginning of 2011 that it puts heart into investors and competitors who were looking for some sign that anyone in DC gave a crap or if competitive wireless would end up going the way of competitive telecom and competitive ISPs.

Feld acknowledges that there will be those that jump to conclusions and discourages an all-or-nothing viewpoint in favor of a more measured approach. Also from his blog post:

The actual lesson is: “the argument that antitrust enforcement and/or other types of regulation always  discourage investment and cannot possibly create jobs or promote innovation is just as wrong as the argument that all mergers are bad and a regulatory response is always appropriate.” Or, put another way, efforts to apply simplistic approaches to complex issues are usually wrong (and often disastrously so).

When properly applied, antitrust enforcement and light-touch regulation actually encourages investment and thus creates jobs and stuff, whereas an unregulated consolidated free-for-all encourages stagnation and collection of monopoly rents in lieu of investment and innovation.

Markets work best when no single player can dictate terms. While we are so far from that ideal in telecommunications as to wonder if it is even possible, some antitrust is surely better than none. Better to have four national cellular carriers than just three (or two).

And on the wireline side, limiting the predatory behavior of the Comcast and other cable giants will encourage investment and new competition -- both from the private and public sector. But that is precisely what the big guys are lobbying against -- the opportunity for new competition. 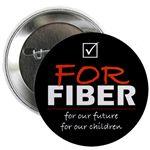 MuniNetworks Audio of Dirty Trick Push Poll in Lafayette from 2… 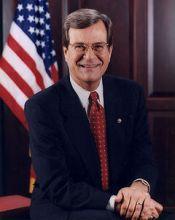 MuniNetworks Travel Back in Time with Trent Lott