While many cities profess an interest in advancing clean energy, states often hold the keys to the policy and regulatory opportunities. Activists from Brookline, Mass., the first cold-climate city to ban expansion of the methane gas network to new homes and businesses, aim to give cities the upper hand.

For this episode of the Local Energy Rules Podcast, host John Farrell is joined by Jesse Gray and David Mendels, co-founders of Zero Carbon Massachusetts. They discuss the six provisions in the Municipal Climate Empowerment Plan, state legislation that would enable Massachusetts communities to tackle their clean energy challenges with local solutions and greater local funding. These policies could be a model for how states serious about clean energy could unlock more local action.

Jesse and David explain how cleaning up the electricity grid with renewable energy and electrifying energy uses is the most potent tool available, but that shifting buildings to electricity is hard. For example, while Massachusetts set a goal in 2020 to decarbonize 1 million homes by 2030, only 500 homes were transitioned in 2021. In particular, the two see an uphill slog at the state level, where gas utilities and fossil fuel interests have significant political power. They see an opportunity for municipalities, “tiny laboratories of democracy,” to address the challenge. The fight began over ending the practice of connecting new buildings to the methane gas network, but the members of ZeroCarbonMA realized that the strategy also needed to tackle existing buildings and that gave cities more power to act.

Their Municipal Climate Empowerment Plan consists of a package of state policies that lie at the intersection of what is impactful, politically possible, and practical. The full plan includes six pieces of legislation (the links go directly to the legislative text):

This is the 171st episode of Local Energy Rules, an ILSR podcast with Energy Democracy Director John Farrell, which shares powerful stories of successful local renewable energy and exposes the policy and practical barriers to its expansion. 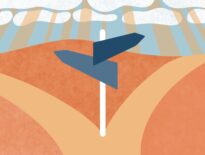