What was on track to become the nation’s most ambitious community solar program is clouded with uncertainty after Minnesota’s largest utility said that within a month, it will disqualify most of the 560 megawatts of solar projects that have been proposed.

In a filing with the Minnesota Public Utilities Commission last week, Xcel Energy Inc. said it will cap community solar projects proposed for any site at 1 MW — a change aimed at proposals to co-locate numerous “solar gardens” to take advantage of shared infrastructure and economies of scale.

The actions Xcel Energy proposes would decimate the [community solar] program and potentially render long-lasting and far-reaching concerns over an unstable regulatory market in Minnesota,” an industry coalition known as the Solar Garden Community said in a response.

Xcel said some developers are exploiting law by aggregating individual solar gardens for the purpose of building utility-scale projects. In fact, 95 percent of the 560 MW of community solar projects in the interconnection queue consist of multiple projects with an aggregate size of greater than a megawatt, McCarten said. At some sites, plans have been submitted for projects as large as 40 MW.

McCarten said Xcel can develop utility-scale projects for far less, based on a project approved by the PUC last year.

“It’s twice as expensive as bringing on solar through the competitively bid PROGRAM,” she said.

While neither the statute nor PUC rules explicitly state a maximum total size of clustered solar gardens, the commission’s prior order setting the rules for Xcel’s program did recognize the benefit of co-locating projects.

The order approving the project specifically states: “multiple community solar garden sites may be situated in close proximity to one another in order to share in distribution infrastructure.”

That point was raised by the solar industry in multiple filings as well as the Minnesota Department of Commerce, which on Friday filed a protest asking the PUC to find the utility’s size limits to be in violation of previous commission orders.

‘Retroactive is a no-go’

Solar advocates said they’re open to ways to refine the community solar program for the future.

“We’re certainly happy to look at ways the program can be improved,” said John Farrell, a senior researcher with the Institute for Local Self-Reliance, among the parties that submitted objections to Xcel’s filing. “But retroactive is a no-go. It’s going to undercut 80 percent of the solar garden development.”

What’s more, he said, the 2013 law that enabled community solar in Minnesota contemplated the use of a value-of-solar rate that factors in all of the costs and benefits of distributed solar energy (EnergyWire, Aug. 6, 2014).

But the utility chose not to offer the 13.6-cent value-of-solar rate, prompting the PUC to approve separate rates for community solar projects.

The PUC in an order Friday gave parties until May 18 to submit comments on the Xcel proposal to limit the aggregate size of community solar gardens as well as other outstanding issues. 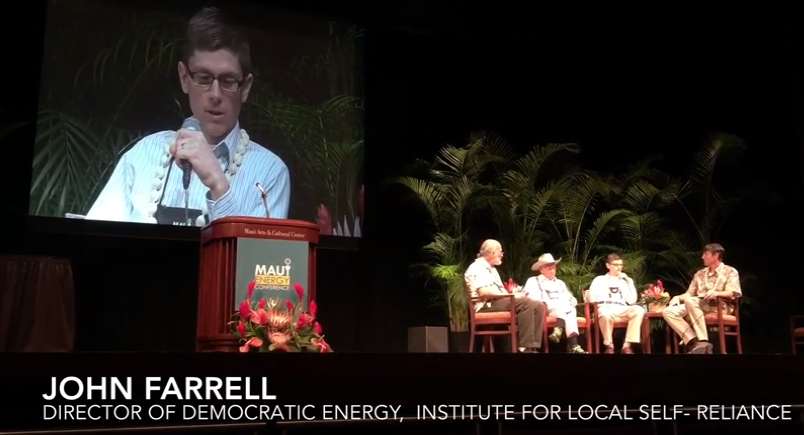 Energy Watch: Somebody Wants Something – Getting th…
Sign Up For Energy Democracy News