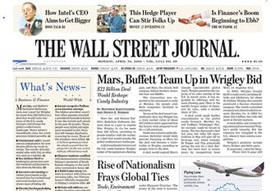 For those who missed it, a Wall Street Journal op-ed ignited a geektroversy by claiming the federal government did not invent the Internet. First, some history. Then an explanation of why we should care.

A guy named Crovitz kicked off the fight with his poorly researched op-ed:

It's an urban legend that the government launched the Internet. The myth is that the Pentagon created the Internet to keep its communications lines up even in a nuclear strike.

Well, he was right about the nuclear strike bit. But the federal government played several important roles in the creation of the Internet, which truly was created by the efforts of many people, companies, and institutions.

As evidence for his argument, Crovitz cites Dealers of Lightning by Michael Hiltzik. Unfortunately, Hiltzik disputed Crovitz's understanding of it:

And while I'm gratified in a sense that he cites my book about Xerox PARC, "Dealers of Lightning," to support his case, it's my duty to point out that he's wrong. My book bolsters, not contradicts, the argument that the Internet had its roots in the ARPANet, a government project.

But Crovitz confuses AN internet with THE Internet. Taylor was citing a technical definition of "internet" in his statement. But I know Bob Taylor, Bob Taylor is a friend of mine, and I think I can say without fear of contradiction that he fully endorses the idea as a point of personal pride that the government-funded ARPANet was very much the precursor of the Internet as we know it today. Nor was ARPA's support "modest," as Crovitz contends. It was full-throated and total. Bob Taylor was the single most important figure in the history of the Internet, and he holds that stature because of his government role.

CNET talked to Vint Cerf about the Crovitz claims. In reaction to a Crovitz claim that the government didn't understand the value of TCP/IP but the private sector did, Vint said:

I would happily fertilize my tomatoes with Crovitz' assertion.

Nicely done. Vint discussed another way the federal government aided in developing the Internet via the National Science Foundation:

The NSF got very involved in 1985 and this led to the design and implementation and subsequent expansion of the NSFNET that became a major backbone for academic access to the Internet. NSF also sponsored more than a dozen intermediate level regional networks. By 1986, router companies such as Cisco and Proteon were selling to academia and the military and to USG-sponsored networking users. By 1989, three commercial Internet service providers were in operation: UUNET, PSINET, and CERFNET.

Let's move into the Why This Matters portion of the story. Michael Moyer at Scientific American writes:

In truth, no private company would have been capable of developing a project like the Internet, which required years of R&D efforts spread out over scores of far-flung agencies, and which began to take off only after decades of investment. Visionary infrastructure projects such as this are part of what has allowed our economy to grow so much in the past century. Today’s op-ed is just one sad indicator of how we seem to be losing our appetite for this kind of ambition.

At the Institute for Local Self-Reliance, we strongly believe in both a robust private sector and a strong public sector. They should balance each other. The Internet came about as a result of innovations in the private sector as well as a variety of programs that were only possible due to the public sector (government and educational institutions).

But the Wall Street Journal editorial page and a variety of other anti-government groups prefer to pretend that everything good comes from the private sector and the public sector does nothing but provide anecdotes about mismanagement.

And because a few massive corporations stand to gain greatly from this faulty perception, there is an unending stream of dubious assertions that minimize the important role of the public sector while over-emphasizing benefits from large corporations. Crovitz will not lose any popularity despite this prominent error-filled commentary. His kind never do. (Check out the Inside Job documentary for an explanation of how the big banks achieved similar ends by corrupting economics departments at prominent universities.) The cable and telco lobbyists in state houses around the country say whatever they want because they don't have to worry about credibility. They get their power from living in the capital and making campaign contributions. There is no analog for the rest of us; Comcast's subscribers have no lobby working for them. Indeed, the public sector is supposed to represent our interests but state public utility commissions and the Federal Communications Commission are unfortuately subject to "regulatory capture," where they begin seeing their mission as helping the corporations rather than the public.

So why does it matter who invented the Internet? Because if we allow big corporations to write the history, we won't get the next big innovation. Big corporations abhor risk (almost as much as they hate competition - which is wasteful overinvestment according to Wall Street).

America works best with a balance between the public and the private. But that balance has been disrupted -- as is obvious when one considers that 19 states have limited or revoked local authority to build essential infrastructure, even as the private sector has failed to do it.

Our history is important and it is beyond time we started learning from it. Electrification, which relied on local governments, cooperatives, and private sector companies, would be a good start.

Update: Read this excellent explanation of how the Internet was invented.

Why "Who Invented the Internet" Matters 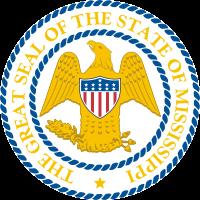