“Command and control” is a military term the Republicans long ago appropriated to caricature and condemn Democratic programs.  Republicans like to contrast the Democrats embrace of a command and control, regulation-based you-will-do-as-I-say-or-else strategy with their own presumably more effective market-based we-will-make-it-worthwhile-for-you-to-do-what-we-want approach.

Nowhere is the phrase “command and control” used more often and with more passion than when Republicans attack environmental regulation.  The 2008 Republican Party Platform, for example, declares, “Republicans caution against the doomsday climate change scenarios peddled by the aficionados of centralized command-and-control government.”

Well, when it comes to climate change policy making, the Republican Party can justly claim a major victory for their philosophy.  We may have a Democratic President and a Democratic Congress but the American Clean Energy and Security Act of 2009 recently passed out of the House Energy and Commerce Committee is very much a Republican bill characterized by a paucity of sticks and a plethora of carrots.

In fact, the President has publicly described the bill as his and the Democrats’ preferred alternative to regulation.  Without the bill, he’s threatened, the EPA will directly regulate greenhouse gas emissions, a power it was given by the Supreme Court in 2007 and which it announced it would exercise in April 2009.  Indeed, the bill specifically prohibits Obama’s EPA from regulating these emissions

The bill’s carbon cap and trade provisions are by all reports its heart and soul.  A cap is essential, of course, but the trade provisions exemplify a Republican approach:  don’t tell polluters what to do, bribe them and hope they do what you want.

We forget that the strategy of trading emissions allowances was born under Ronald Reagan and came of age under the first President Bush when he suggested, and Congress agreed, to include in the Clean Air Act of 1990 provisions that allowed power plant owners to buy and sell sulfur and nitrogen emission allowances.

Much is made of the success of that trading strategy, but there is far less here than meets the eye.  Few if any believe the issuing of free emission allowances or the creation of a trading program resulted in quicker or deeper SOx and NOx reductions.  They argue, instead, that it lowered the cost of achieving the reductions.  But the evidence is that the key innovation in that program was the EPA’s adopting a performance rather than a prescriptive standard.  Previously, power plants were required to install scrubbers.  Afterwards they were allowed to pursue any strategy so long as they met the required reductions.  Most switched from high to low sulfur coal, a much cheaper alternative.   The benefits of flexibility, not trading is the most important lesson learned from our efforts to reduce the emissions that lead to acid rain.

In the current climate bill, Democrats faked left and went right. The bill looks to reduce greenhouse gas emissions by about one billion tons by 2020 and then gives away over one billion tons of carbon allowance to polluters free of charge.   And then, adding insult to injury, it allows polluters to purchase another two billion tons of carbon offsets, three quarters of which could come from overseas.  In other words, companies could satisfy the Act’s provisions without reducing greenhouse gas emissions within the United States at all by buying offsets from other countries that will be extremely difficult, if not impossible, to monitor!

To be successful, a market-based strategy must raise the price of carbon sufficiently to change corporate and personal behavior.  But the bill clearly demonstrates the lack of political will in Washington to impose such a dramatic price increase.  Indeed, the bill explicitly notes that the purpose for rewarding free allowances in such enormous quantities is to mitigate price increases.

As a result, the EPA estimates the bill would raise the price of a gallon of gasoline by about 20 cents.  No one can suggest with a straight face that such a trivial price increase will change driving habits.

The plain truth is that the cap and trade provisions of the bill are ineffectual.  They may even be pernicious because they would lock us into a convoluted and largely unworkable Republican-inspired global cap and trade architecture and a massive pollution permit giveaway program from which it will become increasingly difficult for us to extricate ourselves in the coming years.

An equally important political truth is that the cap and trade provisions are unnecessary.  For while the Democrats have begun to embrace anti-regulation, market-based strategies the evidence is clear that virtually all of the progress we’ve made in building a clean energy society has been achieved a result of command and control policies.

The new federal vehicle fuel efficiency mandate is a case in point.  It alone could achieve about a third of the Act’s greenhouse gas reduction goals by 2020.  And the impact could potentially be even greater because the federal government has given California the right to significantly raise those standards, something it may do as early as 2016 with the real prospect of another 10-15 states following its lead.

Another federal mandate will increase the efficiency of light bulbs and that could have a significant impact on GHG emissions.   Over 50 percent of greenhouse gases generated by commercial buildings, for example, come from lighting those buildings.

The only sections of this bill worth saving are its few mandates, as hobbled as they are by Republican intervention.  These include the nation’s first renewable electricity mandate, although in return for allowing this command and control provision, Republicans and some Democrats who vote Republican when it comes to taking on big corporations managed to so neuter the mandate that it could be satisfied if just 12 percent of the nation’s electricity is generated by renewable energy by 2020.  That level will probably be achieved by the collective renewable electricity mandates already enacted by 28 states plus the District of Columbia.

Another mandate in the bill requires new coal plants to reduce their CO2 emissions to levels so low that they could only be achieved with carbon capture and sequestration systems.  However, again in return for Republican support (and that of Democrats from coal states), the provision affects only those coal plants permitted after 2020, several political lifetimes into the future.  Nevertheless, it does send an important signal to the coal industry.

A largely overlooked but potentially very important provision of the bill will create our first national energy-related building code.  The code will be far more energy-efficient than those in effect today and all states and localities are mandated to make their own codes as energy efficient as the federal code.  If this provision passes, more than 40 states will immediately have to dramatically upgrade their building codes and continuously improve them from 2014 onwards.

Most environmental leaders and Democratic Party officials argue that we should support this bill no matter how imperfect because it represents an important small step forward.  Strip it of its cap and trade provisions and I would agree.  Retain the cap and trade provisions and I see it as a giant step backwards that may well hobble further progress in federal efforts to combat climate change for years to come.

Why Does the Much-Touted Climate Bill Look Like It Was Stolen From the Republican Playbook? 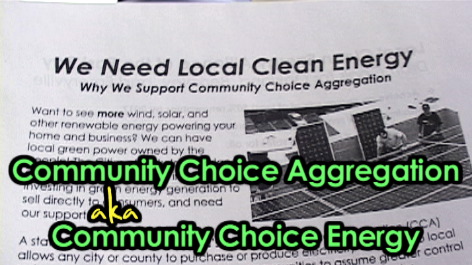