On the Who Is? podcast, ILSR Co-Director Stacy Mitchell explains how Jeff Bezos built Amazon into the sprawling empire it is today by exploiting fractures in economic policy and then leveraging the company’s increasing power to dominate our economy. She explains,

Amazon was beginning to really grow in the retail sector in part by exploiting its loophole in sales taxes that enabled it to sell across the country and didn’t have to collect sales taxes in most states, which is a pretty extreme advantage […] From the very beginning Bezos had this strategy to win government advantages and subsidies that his competitors didn’t have access to.

Because of these policy sidesteps and its army of investors, Amazon could undercut their competitors, selling books at a price that they wouldn’t have been able to afford without Wall Street.

Amazon quickly came to dominate the market. It has systematically pursued that exact same approach in one sector after another. Go into a new market. Monitor what people are doing. Learn from them. Master the market. Lose tons of money and gain that market.

As a result, Amazon is now the place to buy anything and everything online.

Because of the way Amazon Prime works, because of the psychology of Amazon Prime, what has started to happen is that Amazon is the place where people now start their shopping and so more than half of the time, Americans when they want to shop online start on Amazon. And what that means is that if you’re a company that makes or sells anything where you want to reach consumers online, if you’re not selling on Amazon you are giving up access to more than half the market right out of the gate.

Stacy explains that it is difficult for many people to wrap their heads around Amazon’s monopoly power because the company is involved in so many different sectors. In addition, much of the infrastructure it controls is more or less “invisible” to us:

This is a company that not only operates in many ways above the law but is increasingly creating the law, if you will, in terms of how it governs our markets.

She also notes Bezos’ increasing influence in Washington, D.C., and why that should alarm all of us.

There is no viable competition on the horizon for Amazon. There is no other company that is going to be able to come along and take them on. The only real threat that Amazon faces is the potential the government will decide to break it up. That the federal government will rediscover its antitrust muscle and say: This is problematic. No company should have this kind of power.

That is the thing that Bezos knows and the reason that you can tell that he knows this is that he has focused so much of his attention on Washington D.C. in the last few years. He has bought the Washington Post… He is in the process of locating Amazon’s second headquarters in Washington, with an estimate 25000 Amazon employees. That’s a lot of soft influence, because you’ve got all those people who, their kids go to school with [the kids of] people who are staff members of Congress or who staff an agency. There is all of that social networking and the influence that comes through those networks.

And then finally, he has purchased and renovated the largest mansion in Washington D.C. The blueprints for these renovations are just extraordinary. They show this huge ballroom, these steps that go up into this ballroom. You can just picture the lords and ladies — Washington’s most powerful people — arriving for their audience with the king, their audience with Jeff Bezos. He’s renovated this mansion for that kind of influence and power. I think that should alarm us greatly. As a country that is committed to the idea that power needs to be decentralized, that there need to be checks and balances across everything…

The founders chose Washington D.C. and not in New York in part because they wanted to keep the capital away from the center of financial power. Bezos is in the process of undoing that.

On the “Who Is?” Podcast: Stacy Mitchell Explains How Jeff Bezos has Leveraged Government Favors to Amass Alarming Power 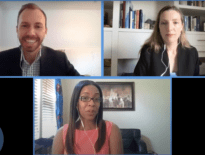 agriculture Now is the Moment to Advocate for Small Business: … 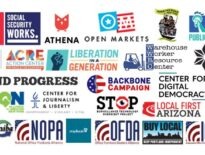