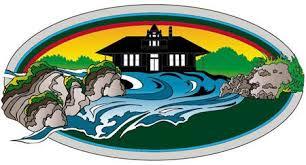 Whitewater, Wisconsin, a city of just under 15,000 people that sits midway between Madison and Milwaukee, is considering its options for establishing a municipal broadband utility. As reported by the local Daily Union newspaper, members of the city council, the community development authority, other local bodies, and the public met this week to hear a feasibility presentation and discussion with Anita Gallucci, a Wisconsin attorney specializing in broadband utilities.

Whitewater already has some public fiber optic infrastructure, having gone live with their gigabit-capable Whitewater Unified School District network last fall. The network joins up with a larger fiber backbone on the nearby University of Wisconsin Whitewater campus, and has allowed Whitewater schools to increase their connection speeds by 1,200 percent while holding costs steady. The city is now looking at options for how to expand the opportunity brought by such high speed access to the broader community.

Tuesday’s meeting focused on two topics: the legal landscape for municipal broadband utilities in Wisconsin, and the varying levels of success that other Wisconsin cities have had with their own networks. On the legal front, Gallucci affirmed that “municipalities can get into the broadband business if they choose to do so,” but then went on to outline the hurdles created by Wisconsin law that make the process more challenging. From the Daily Union article:

Gallucci said that first, the city must prepare a formal report or feasibility study. The report must cover a three-year outlook which addresses revenues derived from constructing, owning, or operating the utility including such things as equipment, maintenance, and personnel requirements.

Given the upfront costs associated with building out a fiber optic network, a report focusing on a three-year outlook is unlikely to cast a favorable light on the project. Like any other significant investment in public infrastructure, municipal networks may take more than three years to break even. If we used that benchmark for roads, we wouldn't have many.

Wisconsin cities must also go through a public hearing and vetting process before voting on final authorization of a municipal utility. There is a shorter route on the books in Wisconsin, but one that effectively gives incumbents a veto:

Gallucci said that cities do not have to follow these steps in very specific circumstances, such as serving an area of the city that does not otherwise have service access; but cities must notify private companies (for example, AT&T, Verizon, or Charter Communications) of that project. However, if those companies say they currently, or plan to in the future, serve those areas, then the steps need to be followed.

It doesn’t take much imagination to guess what would happen if a city like Whitewater were to approach AT&T or Verizon and ask if they have any “plans to expand in the future” that might preempt the building out of a public network.

Wisconsin law is more obliging towards open access networks, according to Gallucci:

She said the steps could be avoided if the city acts as “a wholesaler of broadband services.” By this, she said, the intention would be to build the infrastructure and private companies would use those fibers to provide service.

“That would require the city itself to not provide any service to the end-user,” she explained.

While the legal environment in Wisconsin is generally unfavorable towards municipal broadband utilities, the meeting also highlighted some recent success stories. Reedsburg, which we wrote about here, was touted as the only Wisconsin city offering a “triple play” bundle through its broadband utility. Also mentioned was Sun Prairie, as fellow city seriously considering a FTTH network.

The next step will be for the Whitewater Community Development Agency to bring the issue before the City Council, which the city manager expected to happen “in the very near future.” 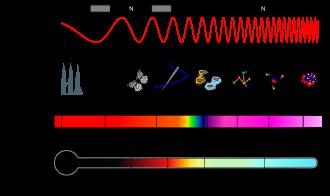 MuniNetworks Wireless Commons Part 2: The Possibilities of an O…
Sign Up For Community Broadband News