According to a Sept. 16 White House blog post, the Obama administration is trying to make it easier for companies to install broadband infrastructure on federally owned properties and roads – nearly 30 percent of all land in the U.S. (including roughly 10,000 buildings). Toward that end, the President signed an executive order last year to make private-sector broadband construction projects on those roadways and buildings cheaper and more efficient.

The toolkit serves as a guide to help companies access necessary paperwork involved with broadband infrastructure deployment: permitting forms, lease agreements and other federal documents. According to the blog post, federal agencies are working towards simpler and more streamlined application processes, like developing a single master application to deploy broadband on federal land, for example.

Despite what some may consider progress, other experts claim the White House’s recent actions won’t effectively address the lack of broadband access issue. Christopher Mitchell, director of the Telecommunications as Commons Initiative for the Institute for Local Self-Reliance – an advocacy group for community-developed broadband – said the new White House efforts will have little impact because he feels bigger, politically influenced telecom firms will dominate the market, smoking out any competition, like potential municipal networks.

Currently 19 states prohibit or discourage the development of municipal networks, Mitchell said, which means that only a few telecom providers will continue to dominate the broadband market.

“Over 400 local governments have already invested in fiber networks to serve local businesses and/or residents because they understand that state and federal programs will not address real Internet access challenges,” Mitchell said. “Communities are smart to take action themselves rather than waiting for Washington, D.C., or major telecommunications companies to build the necessary networks.” 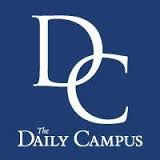