With the end of the federal Keep Americans Connected pledge and the failure of Congress to pass comprehensive broadband aid, it’s clearer than ever before that local governments are the last line of defense against the digital divide, which has been exacerbated by the ongoing pandemic.

Some communities have already taken steps to connect their residents, during the global health crisis and beyond. For example, the public school systems in San Francisco and Portland, Oregon, decided to cover the cost of broadband subscriptions for low-income students. In Chattanooga, Tennessee, the city’s municipal broadband network is partnering with local schools to provide free Internet access to all students that receive free and reduced-price lunch.

However, in 21 states, legal barriers — often enacted at the behest of corporate telecom lobbyists — prevent local governments from investing in community broadband solutions to close the digital divide.

To help local governments that want to improve connectivity navigate the various opportunities and obstacles, we at the Community Broadband Networks initiative at the Institute for Local Self-Reliance (ILSR) have teamed up with the Local Solutions Support Center (LSSC) to produce a number of helpful resources. We previously shared a step-by-step guide for establishing local broadband authority during the pandemic. Now, local officials and community advocates can access two more resources: a guide for local governments to act in the context of the pandemic, and an interactive state broadband preemption map.

View The Digital Divide and the state broadband preemption map, or read on for more information.

LSSC and ILSR’s guide The Digital Divide describes the increased need for connectivity as a result of the pandemic despite continued disparities in broadband access and explores several policy options for local governments that want to improve Internet access.

As many as 40 million Americans might not have broadband available where they live, and many more cannot afford services even when they are available, the guide explains. This is an alarming number considering the increased importance of connectivity as a result of the Covid-19 pandemic. “At-home broadband use is surging,” the guide reports, with more households going online for everything from doctors appointments and school lessons to unemployment applications and virtual work meetings.

Some people suffer more from the move to digital — “the families left behind are concentrated among low-income, nonwhite, and rural Americans,” says the guide. Though policymakers, especially at the state and federal levels, have often considered broadband access mainly a rural issue, far more urban Americans than rural Americans actually lack high-quality Internet access. “Three out of every four Americans who aren’t connected have the infrastructure in their neighborhood but haven’t connected to it, often because they cannot afford it,” explains the guide. Addressing racist policy impacts on connectivity is essential, the guide argues:

Given the racial disparities underlying unequal broadband access, any effort to expand broadband access as a response to the COVID-19 crisis and beyond must center racial equity in order to be effective.

To close their communities’ digital divides, local governments have a number of policy solutions they can pursue in both the short-term and long-term. Suggestions include:

For more, view and download the guide, The Digital Divide, from LSSC and ILSR. To describe these state roadblocks, LSSC with the help of ILSR developed an interactive map of state municipal broadband preemption. The map groups states by the severity of their legal impediments, from “moderate preemption” to “severe preemption.”

It also includes two states, Colorado and Iowa, which require local governments to hold a community vote before offering Internet access. While these unnecessary laws certainly inconvenience cities and counties, they haven’t appeared to slow the spread of municipal networks in either state, so we typically exclude them from our official roundup of states with barriers to municipal broadband.

See if your state stands in the way of your city building better broadband by viewing the map and associated information.

Featured image from guide The Digital Divide. Map from Barriers to Municipal Broadband.

What Your City Can Do to Close Digital Divides During Covid 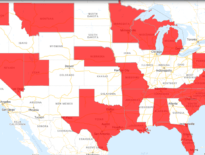 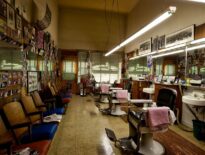