A growing number of small- and mid-size communities are harnessing their shared market power to promote local renewable energy. Using a state policy called community choice aggregation, these communities can unseat powerful monopoly utilities and seize greater control over their energy futures by choosing their electricity suppliers or generating their own power.

Community choice aggregation — a system pioneered in Massachusetts but now in play in more than a half-dozen states, both regulated and deregulated — allows cities and counties to form a single entity to select the electricity supplier on behalf of all., It expands energy options and gives these small communities market power, while keeping costs down for its customers. They negotiate terms for sourcing and purchasing energy, effectively sidestepping monopoly utilities that have historically made those decisions themselves.

The policy answers a widespread clamor for cleaner energy, but does not require all consumers to participate. To date, though, cities that offer the aggregation option have met with widespread enthusiasm from residents eager to work around utilities typically slow to adapt to a marketplace that increasingly favors renewables and local generation. Typically, just 10 percent to 15 percent of eligible customers opt out of community choice aggregation programs. In some places, that figure is even lower.

In New York, community choice aggregation is an especially compelling prospect. It dovetails with a wider effort to reorient state energy policy around renewables, distributed generation, and energy efficiency called Reforming the Energy Vision. Expected to take a decade to fully iron out, the regulatory overhaul — which stands to reconfigure the longstanding monopoly model — is underway. But community choice aggregation is already available, and the number of cities opting in is on the rise.

Community choice aggregation offers a pathway to local, renewable generation that many residents and communities are seeking. And since Massachusetts first pitched the framework as a consumer protection measure in 1997, it has proven its value in markets nationwide. Still, going that route isn’t necessarily an easy sell.

“This is sort of outside the typical scope of local government,” Weinberg said. “There’s some anxiety — some natural anxiety — about the fact that they, as elected officials, have of course an obligation to serve the interests of their residents, but they’re not energy experts.”

Concerns linger among local officials over whether cities should put themselves in the middle of the undeniably complex energy business. But almost as a rule, community members aren’t expecting their cities to completely upend the utility system — and that’s where community choice aggregation can help bridge a significant gap between consumers and their ability to influence energy options.

Structured as not-for-profit public agencies, community choice aggregations (CCAs) decide on the power mix and how to source it, shifting the customer-facing aspects of utility service to the local government while the incumbent utility continues to handle transmission and distribution.

And that’s exactly what community choice aggregation provides. The model allows municipalities to work together to take charge of their energy futures, a much more challenging task if they go it alone. It allows these cities to break into the clean energy economy by pooling their resources to gain market power, and despite utilities unwilling to support the shift.

“That’s the unprecedented piece here: Not only access to the market, but leverage in the market that small customers have never had,” Weinberg said. “That’s the really exciting part about community choice aggregation, and that’s why more communities are jumping in on this opportunity despite some of their reservations.”

Plus, a widening network of clean energy advocates are pushing community choice aggregation as a viable choice are working to knock down those barriers through education and outreach. In turn, municipalities hire program managers — Weinberg served that role for Westchester Power, network of 20 municipalities just north of New York City — to navigate the nitty-gritty details and implement their aggregation programs.

Weinberg now works with Joule Assets, a private firm where he hopes to replicate the Westchester model and serve as an administrator for other networks. By his tally, Westchester Power, launched last year, is already a solid success — two-thirds of its 100,000 customers, spread across 20 communities, rely on 100 percent renewable energy (via Green-E renewable energy certificates).

A Tool to Advance Distributed Generation

Westchester Power, for example, inked a community choice aggregation contract that supports local renewable development by requiring the power supplier to accept any new local generation that comes online if the participating municipalities choose to integrate it.

The pact mandates that when provided with new local renewable energy, the supplier sells off excess power, and that any potential profits funnel back into the community rather than line the supplier’s pockets. The two-year, fixed-rate contract is expected to save participating customers up to $5 million, compared to pre-contract rates.

Westchester Power’s approach differs from contracts in Illinois, which don’t include an option to consider the potential for developing other energy sources locally.

In addition, with a robust pipeline of community distributed generation projects, including solar gardens, community choice aggregation administrators can secure greater  benefits for the municipalities they represent.

Renewable generation developers often outsource customer acquisition and management services, which could account for as much as 20 percent of their project costs, Weinberg said, adding that many projects simply won’t happen without a customer acquisition strategy in place from the get-go.

Since CCA administrators are already in contact with customers, they can ease the burden on developers to identify customers (for a community solar project, for example).

“The CCA administrator is in prime position to offer those services at discounted rate than what is available in the marketplace,” Weinberg said. “Of course, that addition of value goes straight to the customers in the form of lower rates.”

A Gateway to Demand Response

Community choice aggregation can help curb demand during “peak” times, when power is in greatest demand and most expensive. Traditional demand response programs target large commercial and industrial users, compensating them for reducing power demand during peak periods by reducing their “demand charges,” a separate portion of the utility bill from the energy use charge.

For smaller users (like residential customers), utilities generally do not measure capacity obligations, basing them instead on peak hourly consumption for the entire grid. That means customers have demand charges built into their bills they can’t avoid, charges that can drive up their utility bills by as much as 25 percent.

Through special  arrangements with a group of small-scale customers, community choice “utilities” can widen the scope of demand response programs and lower power costs. It’s possible even without smart meters. .

Westchester Power sought to harness this potential in summer 2016 with a pilot “power hour” program that’s expected to seed a larger effort this year. The initiative offered discounts at movie theaters and restaurants to encourage people to power down and leave home when electricity demand is at its highest (like on a hot summer day). These programs often give customers a heads up via text message.

Ultimately, Weinberg said, customers’ participation in such initiatives could change how power providers see small residential customers fitting into their demand response efforts. In turn, customers could see opportunities to reduce their energy bills by reducing energy use during periods of peak energy demand.

“If that kind of behavioral modification results in tangible curtailment at, say, the substation level … there is a reasonable case to be made to the state regulator that those customers should essentially belong to a new, specialized customer class and should receive lower capacity tag allocations than the rest of the grid because they have demonstrated the ability to use less during that critical peak hour,” he said.

The future of community choice aggregation remains a bit murky. It’ll take shape as more states allow it, and more communities test the strategy. More best practices may emerge, but because each collection of cities faces its own unique challenges and opportunities, they will all be individually designed to meet local needs.

Going forward, communities will stretch the strategy in new directions. Evolution in community choice aggregation to date makes clear its flexibility and its potential. While pioneers in Massachusetts treated the policy as a mechanism to help insulate consumers from rate volatility, it now serves as a conduit for beefed-up renewable energy portfolios across California, New York, and in other states.

“CCA is a tool to help communities take better control of their local energy sourcing, and they can do that in any way they choose,” Weinberg said. “The best thing a CCA administrator like myself can do, is to just simply listen to the municipalities and structure a program that serves their interests first and foremost.”

For more on community choice aggregation, see our other podcasts on the subject: 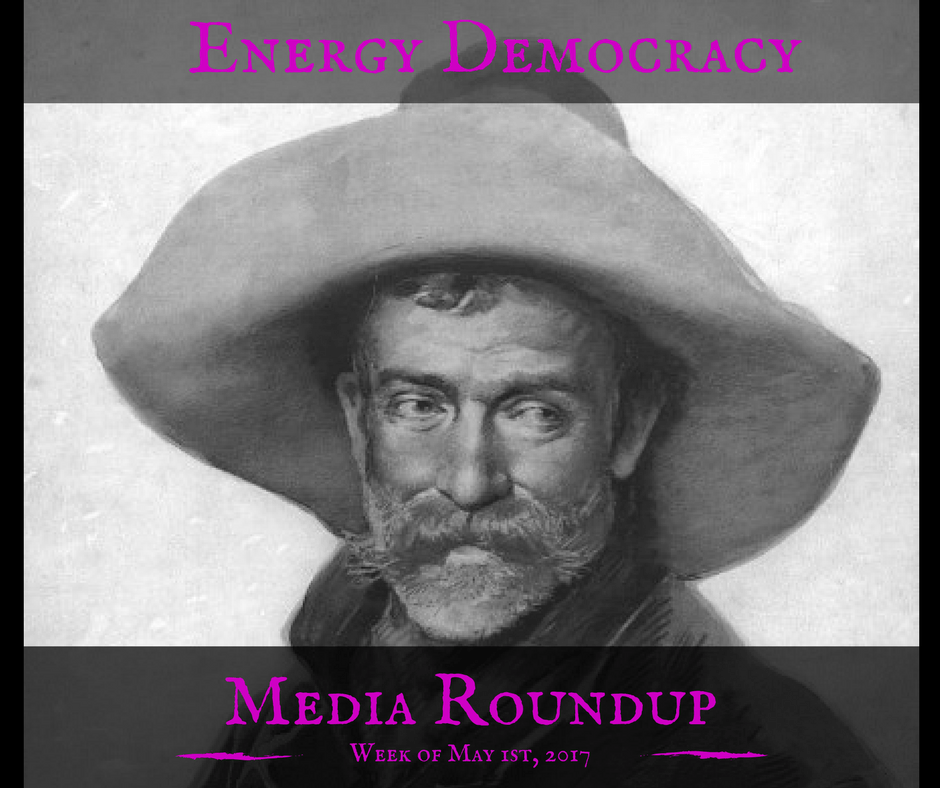 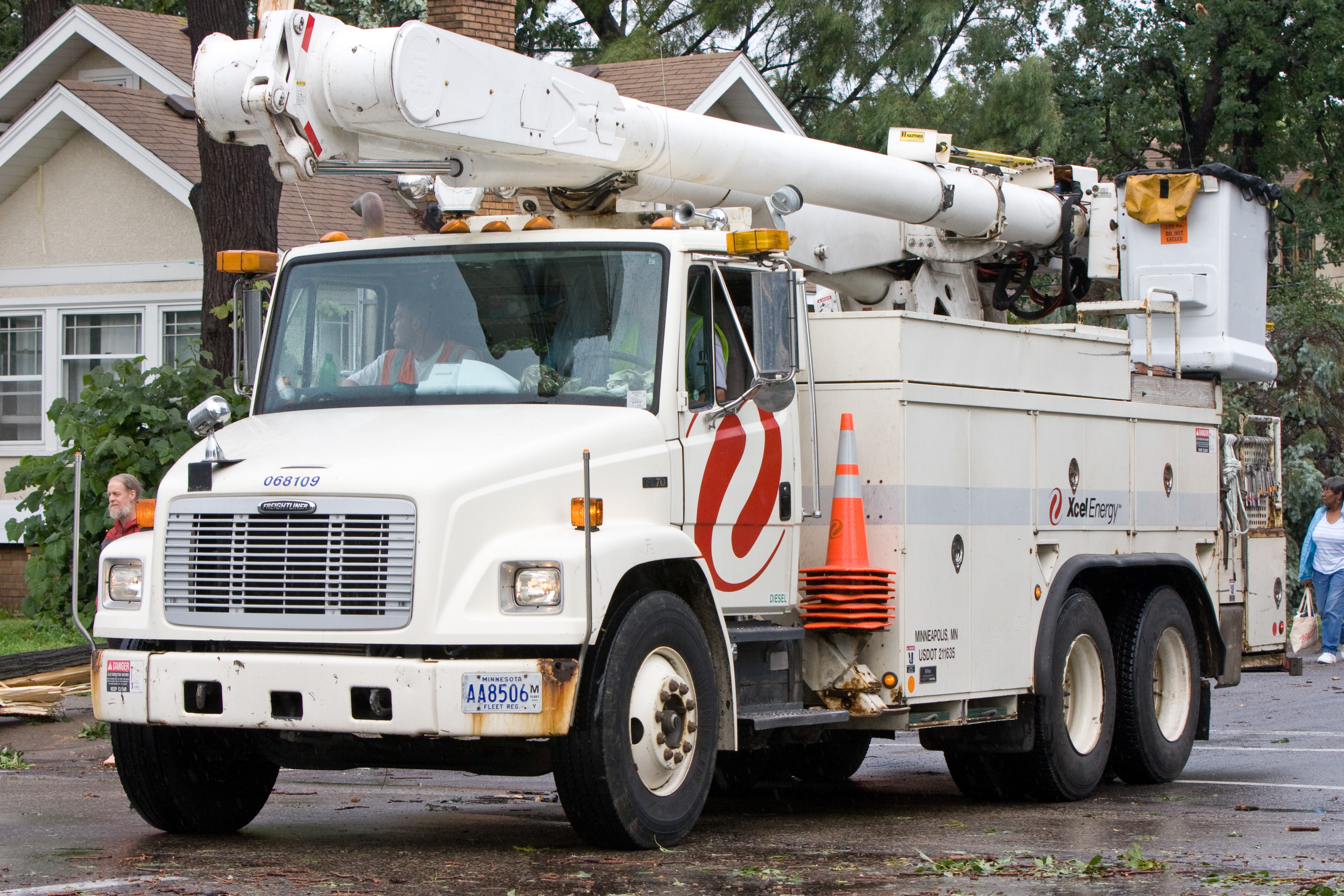