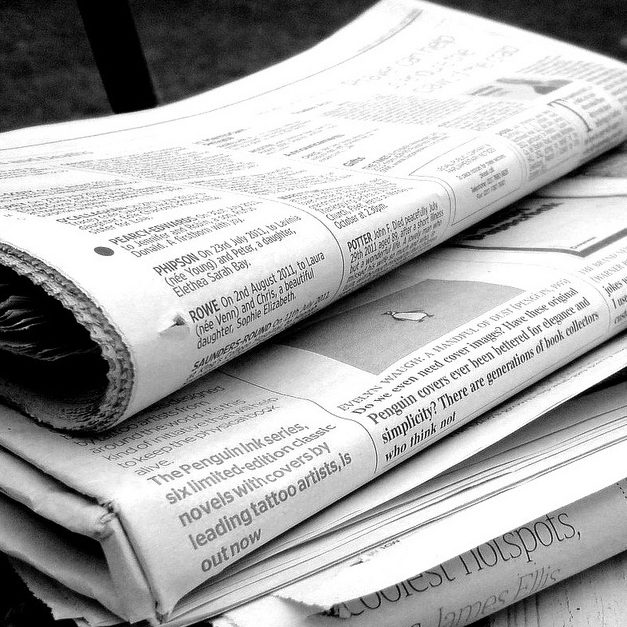 One man’s perspective on stories that matter.  Look for these posts every week on ILSR.org and the landing page for my work, From the Desk of David Morris.

In 2012, Montgomery County put a $187 million bond issue, one of the largest in state history, before the voters. It was intended to rebuild and reinvigorate Dayton’s Metro Library system. Voters approved 62-38 percent.

Six years later, Valerie Vande Panne reports in Next City, “Branches offer meeting rooms as well as collaborative with tables, TVs and white boards…There is a laptop vending area where you can check out a laptop and take it to a cushy chair or sofa next to a gas fireplace or picture window to work. Audio and video equipment can be accessed at every branch, and some branches have editing suites and green screen rooms. Two libraries have complete recording studios — all in line with the idea that libraries are a place to create content, not just consume it.”

“(T)he city is reshaping the place of the public library in society, making an important ‘third place’ where citizens go when not at work or at home…Dayton’s is becoming a place for everything from family reunions to wedding receptions; theater to video production; virtual reality to cooking; and of course, reading, writing, and research.”

Behind the Hype of 5G

Read anything about fifth generation wireless (5G for short) and you would think it is nothing short of the second coming. Federal and state governments see its introduction as so urgent they are preempting the traditional local authority over this much more intensive network of antennae. What is the promise? What is the hype.

Last November, Philadelphia voters overwhelmingly elected life-long civil rights attorney Larry Krasner as their District Attorney. Three months after Krasner took office. Shaun King, who helps run Real Justice PAC, reviews his first three months in office and finds Krasner has exceeded even the high expectations of those who hoped he would tackle the fundamental unfairness of a justice system based on mass incarceration.

Immediately out of the gate, Krasner demonstrated his intend by shaking up the DA’s office. In his first week on the job, King reports for The Intercept, Krasner fired 31 prosecutors who weren’t on board with the changes he intended to make. A month later he sent a five-page guiding document to his staff. Its first sentence sets the tone and makes clear the objective, “These policies are an effort to end mass incarcerations and bring balance back to sentencing.”

King rejoices, “I’ve never seen anything like this document. It’s a dream come true for those of us who’ve been fighting our hearts out for justice reform for years.” Check it out.

In 2015, Bill Haslam, Tennessee’s billionaire Republican governor, secretly convened a group of government appointees and corporate executives to develop a statewide privatization plan. The outcome was a $1.9 billion contract, the largest in Tennessee government history, that would privatize the maintenance and management of up to 90 percent of state-run facilities, including university buildings. The contract specified that all state employees at these private facilities would have to reapply for their positions.

As Chris Brooks and Rebecca Kolins Givan observe in In These Times. “With a Republican governor and the GOP in control of the state House and Senate, the outsourcing scheme should have been a walk in the (soon-to-be-privatized) park…”

What the privatizers didn’t plan for was the United Campus Workers (UCW), a scrappy higher education union affiliated with the Communication Workers of America (CWA). Public-sector unions in Tennessee are legally barred from engaging in collective bargaining, and the state has no obligation to recognize or negotiate with them. Instead, the union relies on a mixture of legislative advocacy, workplace actions and mass mobilizations.”

The union launched its #TNisNOTforSale campaign in August 2015. The effort brought hundreds of new members into UCW.

The UCW tapped into a populist streak among Republican legislators. “It turns out that class is a big issue inside the Republican Party,” Jeffrey Lichtenstein, UCW secretary and part-time worker at the UT Health Science Center told the reporters.

During a GOP caucus retreat a few months after the launch of UCW’s campaign, Brooks and Givan reveal, “conservative state Sen. Janice Bowling told the governor bluntly, ‘You’ve said you want to run the state like a private business, but we don’t want a business to run the state.’”

“Under mounting pressure, Haslam agreed to give state agencies and colleges a choice to opt in or out of privatization. So the UCW took the fight back to its home turf of college and university towns, getting local governments and businesses to weigh in and tip the scales against outsourcing. In August 2017, the state agency responsible for managing the state’s parks abandoned the plan. Two months later, the entire University of Tennessee system publicly opted out.”

In the Beginning… There Was Libertarian Socialism

In 2018 the word “libertarian” is used to describe someone holding an anti-government, anti-regulatory, anti-union, pro capitalist, unfettered market philosophy.  One hundred fifty years ago, when the term was first coined, it meant the opposite. The “libertarian socialism” movement criticized Marxist socialists for their reliance on a powerful state, but while they opposed centralized state power, they supported decentralized worker and community power that would regulate corporations and put an end to wage slavery.

A few days after the split between Marxists and libertarians at the 1872 Socialist International meeting, the latter founded the Libertarian International. For the next 50 years this decentralist, anarchist, worker-oriented libertarianism held its own against communists and socialists alike.

And the Winner of the Student Loan Championship is…

In late March, in keeping with the format of the NCAA basketball tournament, the New York Times pitted Sweden against the United States and Britain against Australia in the semi-finals of a contest to choose the winner of the country with the best student loan program. They asked 10 education experts to select the winners and explain why they did so

In one semi-final the experts voted 11-0 for Sweden. Both Swedish and American students graduate with equivalent amounts of debt (although Swedish students are not charged for tuition) but there the similarities end. The 2018 interest rate on Swedish student loans is 0.13 percent. In 2017, American students borrowed at interest rates between 4.45 and 7 percent. Swedish borrowers can ask to reduce their payments to as low as 5 percent of income in cases of financial hardship. Theirs is a simple and manageable repayment system compared to the mishmash of subsidies and repayment plans and bankruptcy laws that confront American students.

The experts split more narrowly 8-3 in the contest between Australia and Britain. Both countries collect payments automatically through the tax system. Students can also choose to pay tuition up front, but 85 percent to 90 percent instead take out an income-contingent loan.

Australian borrowers do not start making payments until their income exceeds the equivalent of $44,000 (although this threshold is set to fall to about $35,000 in 2018-19). The percentage of income paid ranges from 4 percent to 8 percent depending on income. (The top rate may increase to 10 percent in 2018-19.)

The judges unanimously chose Australia over Sweden in the finals because of its automatic collection of income-based payments which cuts out much of the red tape and middlemen.

Pharmaceutical Drugs Should be Part of the Commons

In The Nation and more extensively in Foreign Policy in Focus, Fran Quigley recalls that not that long ago essential drugs were considered a public good. Until well past the middle of the 20th century, Quigley points out, few countries allowed individuals or companies to hold exclusive rights to produce medicines. Now drugs can be unimaginable expensive. Today, long-term drug monopolies have made pharmaceutical companies among the most profitable corporations on the planet. Billions of people across the globe go without essential medicines. Ten million die each year as a result.

When corporations do develop a new drug, it more than likely doesn’t provide much value to society. Remarkably, a full 70 percent of the medicine brought to market by the industry in the past 20 years provided no therapeutic benefit over the products already available. Instead, these “me too” drugs were put forward in order to grab a share of an existing lucrative market.

As Quigley observes, governments are the leading funders of medical research while also being the top purchasers of the results of that research.  Why can’t we ensure that all of benefited from that research? As Quigley notes, several years ago US economist Dean Baker estimated the US could save over $140 billion a year if its health systems could provide medicines without the artificial mark-up imposed by monopoly patents.

In the last two decades thousands of Latino families in San Francisco’s Mission District and many of the businesses that serve them, have been forced out or are struggling to pay sky high residential and commercial rents as the rich move in.

“So far, Mission Street’s string of discount grocers and clothing stores and take-out joints have survived, in jarring contrast to Valencia Street, just one block to the west, already dominated by high-end dining, high fashion, and art galleries that cater to the Mission’s newer, wealthier residents.”

There are other reasons to support local autonomy. As Brooks Rainwater, Senior Executive and Director of NLC’s Center for City Solutions proposes, “We know well that innovation happens in cities and then percolates upwards.This process should be celebrated, not stymied.”

In the last 10 years states increasingly have been undermining democracy by stripping citizens of their right to exercise authority over local issues. The National League of Cities, as we would expect, covers the issue most extensively. Their most recent report identifies, state-by-state, the elements of this undemocratic movement.

Table recreated from this page of the NLC report.

Creating a Medicare Part E for Everyone

In the most recent issue of American Prospect Jacob S. Hacker, a keen observer and an active participant in the design of health reform and social policy for decades, turns his attention to the failings of the U.S. health system, and how to correct them.

This content-rich and highly accessible piece explains how we got here, where here is, why single payer is the right solution but the wrong strategy, and what the right strategy is. Hacker proposes a Medicare Part E, a comprehensive public health option for everyone. 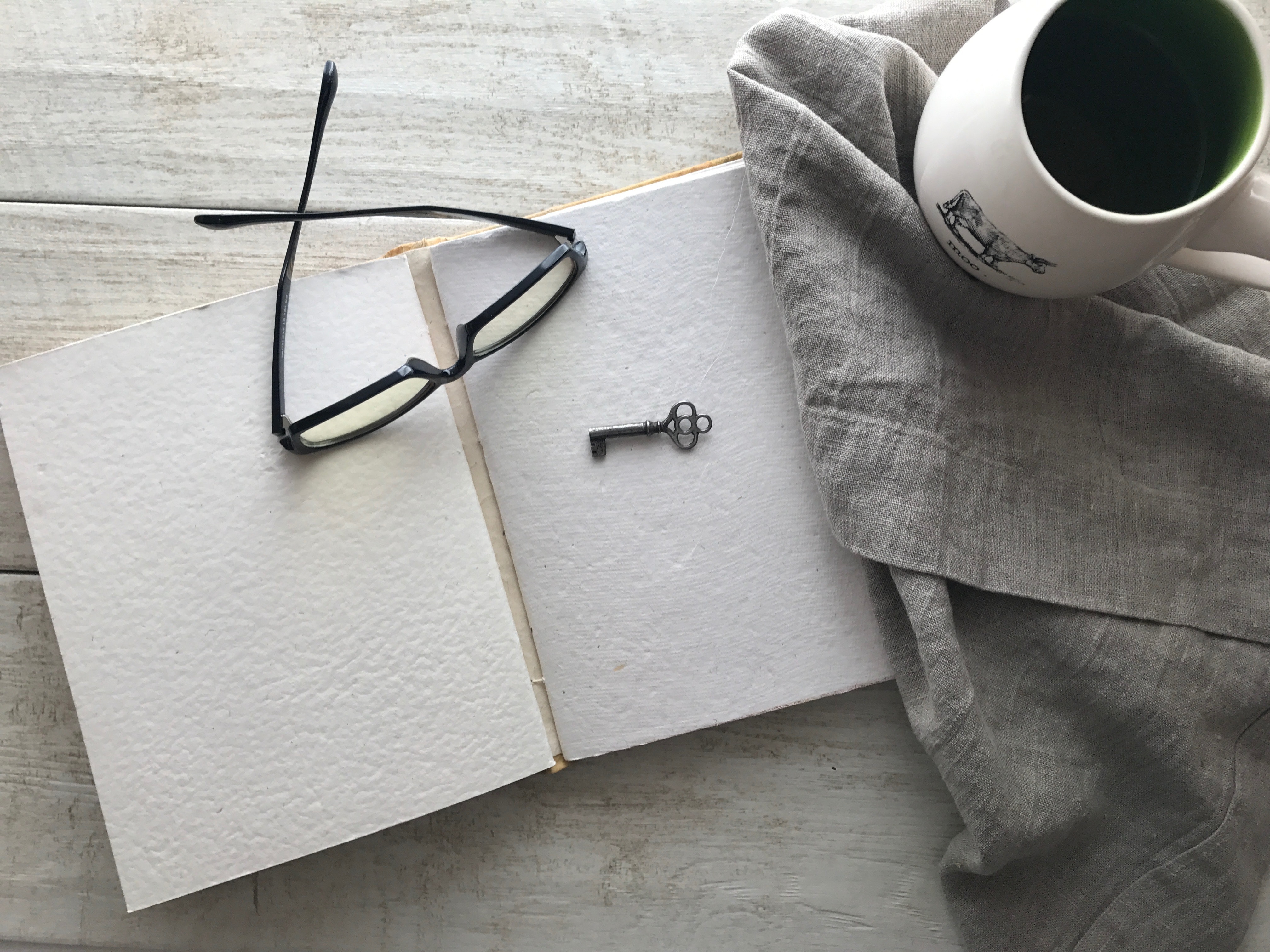 From the Desk of David Morris Picks: Privatizing the VA; Regulations Promote Gro…

From the Desk of David Morris Military – The Public Good Index