Our Compost Climate Connections webinar series features the crucial role of compost in mitigating and building resilience to climate change.

Jessica Chiartas, a Ph.D. student with the University of California, Davis Land, Air and Water Resources Department, joined us for our third webinar in the series on Wednesday, October 23rd, 2-3:30pm EST. Jessica shared results from a recently published 19-year study which showed that compost plays a key role in soil carbon storage in semi-arid croplands; significantly offsetting CO2 emissions (21.8 Mg/ha). The study found that conventionally managed soils neither released nor stored much carbon during the 19 year period. Conventional management plus a cover crop increased carbon in the surface 12 inches, but lost significant amounts of carbon below from 12-36 inches; turning the entire system into a source of greenhouse gases rather than a sink. However, when both compost and cover crops were added to an organic-certified system, soil carbon content increased 12.6 percent over the length of the study, or about 0.7 percent annually. Importantly, this is higher than the 0.4% annual goal set forth by the 4 per Mille Initiative. Watch the recording below!

This webinar is one in a series ILSR offers to advance composting. View our webinar resources here. 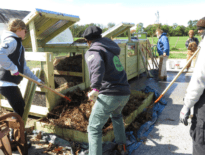 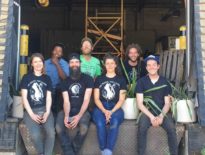