The following is shared with us by our friend and ally Dan Knapp of Urban Ore in Berkeley, California. For more from Dan Knapp and his partner Mary Lou Van Deventer, please listen to our Building Local Power podcast where we interviewed both of them:Rescuing Materials and Building Community in Berkeley Thanks to “Waste” (Episode 43).

Here’s the message from Dan:

The New York Times today, on May 29th, 2018, had an article that tried to tell its subscribers about the local effects of severe international market disruptions now going on in recycling. The title was a question: “Are Your Recyclables Being Recycled?  Maybe, Maybe Not.”

They got some quotes from distressed recyclers, including a couple of relatively small-scale ones. But the whole piece leads more or less to the conclusion that the public is mostly to blame because they don’t recycle right. Examples of common mistakes people make are provided.

Waste Management and Republic were the big “recyclers” who were quoted saying these kinds of things. The big corporate guys didn’t mention single-stream as a cause at all. Why should they, with all those sunk costs still needing to be recovered?

So I did talk about single-stream, and New York Times published my comment!

As a professional re-user/recycler in business 38 years, I’ve watched with dismay as big waste companies competed for recycling market share with companies like mine by cutting labor and increasing automation. These companies bought heavily into a capital-intensive collection system called “single stream” that mixes everything before it gets unloaded into an automated material recovery facility. More high-tech machinery then tries to separate the mixed-up materials into marketable resource flows, but irreversible damage has already been done. Wall Street-financed technophiles love single-stream, but their job-killing system encourages people to think anything is OK to put into the bin. The outthrows, also called residuals, can amount to 5% to more than 20% of what is collected, and have to be wasted. More labor intensive systems, including deposits, buybacks, redemption centers, monitored drop-offs, and dual-stream collection, can and do reduce outthrows to less than 1%. Single-streamers were warned years ago that they were destroying markets that clean stream recyclers built. They ignored the obvious downsides, and the complaints from real recyclers. Now they are paying a heavy price. 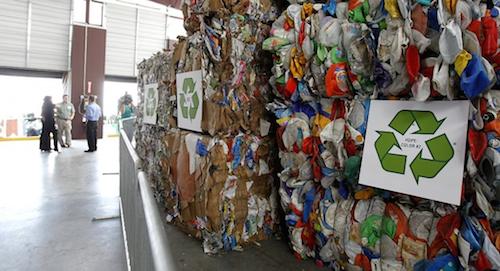 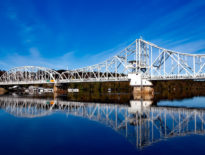