BREAKING: Governor Inslee just signed my Public Broadband Act so we have ENDED ALL RESTRICTIONS ON PUBLIC BROADBAND IN WASHINGTON STATE!! Next step: contact your local gov’ts (utility districts, ports, counties, etc.) & tell them you want public broadband. LET’S GO GET IT!!

The bill grants public entities previously restricted by statute from offering retail telecommunications services the unrestricted authority to provide Internet services to end-users. This includes Public Utility Districts (PUDs) and district ports, as well as, towns, second-class cities (defined as those with populations of 1500 or more which have not adopted a city charter) and counties, currently not operating under Washington’s Optional Municipal Code. (Washington’s charter counties, first-class cities, and cities operating under the state’s Optional Municipal Code already had the power to construct telecommunications networks and offer Internet access services to their residents, without a third-party business overseeing network management operations.)

Before the Public Broadband Act was signed into law, Gov. Islee partially vetoed an amendment proposed by Sen. Shelly Short, R-7, which added requirements for public entities to comply with Washington’s Growth Management Act (GMA). Under GMA, all Washington cities and counties must “designate natural resource lands (including those related to forestry, agriculture, fisheries, and mining) and identify steps to preserve them,” according to the Municipal Research and Services Center. Rep. Hansen indicated in an interview that he considered the amendment to be minor, and that he would have welcomed the final bill whether it included the amendment or not.

According to Rep. Hansen, at the same time Gov. Islee signed H.B. 1336 into law, he also approved another broadband bill (S.B. 5383), sponsored by State Sen. Lisa Wellman. Both bills were sent to Gov. Islee over a month ago, on April 11. The governor signed the bills simultaneously, in private.

The significance of the order in which the bills were signed is a bit murky, as there was initial concern that the language of the bill signed second would override the bill signed first. If the governor decided to sign both, Rep. Hansen had previously asked Gov. Islee for his bill (H.B. 1336) to be signed second, because it would give more latitude for public entities to provide direct broadband service.

However, the two bills had been tweaked to be compatible. S.B. 5383 initially included a challenge process that would have put it at odds with what Hansen’s legislation was aiming to achieve. Before it was amended, S.B. 5383 gave existing broadband service providers the ability to object to proposed retail service projects of PUDs and ports. But, the final version of S.B. 5383 deals largely with what information PUDs and ports have to provide to the state broadband office before offering service in unserved regions.

When the legislation was first introduced, many in the public sector voiced concerns with S.B. 5383 and the veto power it would have given private ISPs. Some have expressed dissatisfaction with the way S.B. 5383 initially catered to corporate ISPs interests, before a series of amendments quietly removed those portions of the legislation, sweeping its past under the rug. “The confusion caused by equating what S.B. 5383 and H.B. 1336 do for broadband access in WA State is a failure of WA Dems to prioritize people over process. Things got messy politically but H.B. 1336 clearly had massive community support. For-profit industry should not dictate policy,” wrote Laura Loe of Share the Cities Action Fund.

The public reaction to the passage of Washington’s Public Broadband Act has been highly celebratory, with many Washingtonians promptly calling on their local governments, regional ports and PUDs, to both demand public networks and air their grievances against incumbent, monopoly Internet Service Providers (ISPs) in the region.

“Hey [Snohomish County PUD] @SnoPUD: I’d really, really, really rather be paying you for my Internet than paying Comcast or Ziply,” wrote Raven Campbell in response to Rep. Hansen’s announcement.

The passage of the bills are timely, as state lawmakers “on April 24 approved a $6.3 billion capital construction budget for 2021-23, allocating $411 million for local broadband infrastructure projects,” reports GovTech. Without the retail authority granted to them under the Public Broadband Act, Washington’s PUDs, ports, towns, cities, and counties would be less competitive for federal and state funding for broadband initiatives. 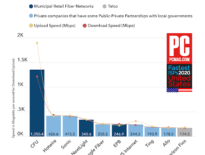 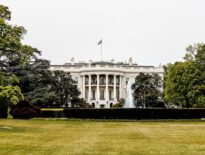