Raising the pay of Wal-Mart’s U.S. workers to a minimum of $12 an hour would lift many out of poverty, reduce their reliance on public assistance, and cost the average consumer, at most, $12.49 a year.

That’s the conclusion of a new study published by the UC Berkeley Center for Labor Research and Education.  The study is primarily concerned with the question of how raising Wal-Mart’s wages would affect poor families, including both those who work at its stores and those who shop at them.  The benefits to poor families, the study concludes, would far exceed the costs.

Currently two-thirds of Wal-Mart workers — or about 900,000 employees — are paid less than $12 an hour.  More than one-fifth earn less than $9.  Overall, Wal-Mart’s hourly workers earn 12.4 percent less than retail workers as a whole.

The study found that 41 percent of this additional income would flow to families at or below 200 percent of the federal poverty line.

Setting a $12 minimum wage at Wal-Mart would increase the company’s payroll costs by $3.2 billion a year. Some of this would likely be offset by increased labor productivity due to higher morale, lower turnover, and lower absenteeism.  The rest could be absorbed through reduced profits.  Wal-Mart posted a profit of $16.4 billion in 2010.

If Wal-Mart opted instead to pass the full cost on to consumers, it would need to raise its prices by 1.1 percent.  The study found that 28 percent of this price increase would be borne by families at or below 200 percent of the federal poverty line, but the cost per family would be modest.  The average consumer, who spends $1,187 a year at Wal-Mart, would pay an additional $12.49.

In passing, the study provides some interesting data on where Wal-Mart’s sales come from.  Although Wal-Mart is commonly thought of as a chain that serves poor and low-income shoppers, 35 percent of its sales come from families earning more than $70,000 a year.  Nearly one-fifth of its revenue derives from those with incomes of $100,000 or more.

Wal-Mart Could Easily Pay $12 an Hour 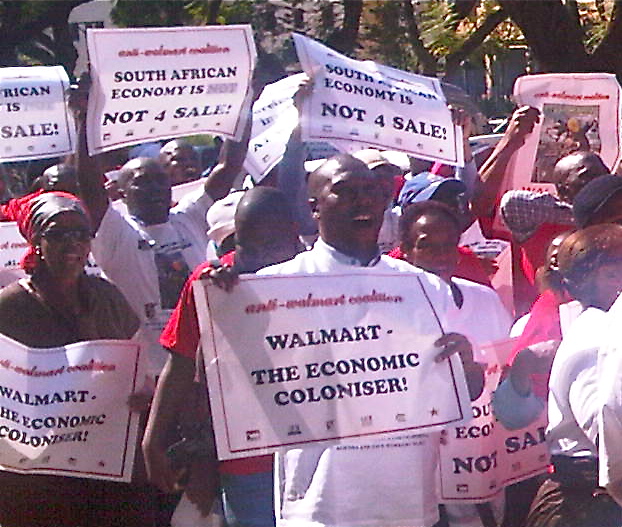